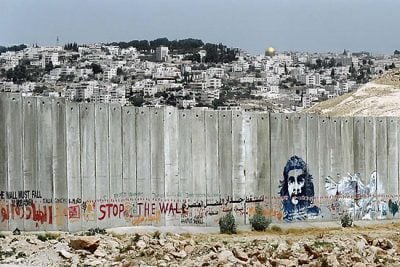 “Getting its history wrong is part of being a nation”, remarked Ernest Renan the nineteenth century French Orientalist. This deformation is reflected in nationalist versions of history that are often simplistic, selective, and self-righteous, and self-serving. Zionist narratives of history are, for the most part, no worse and no better than other nationalist narratives. One extreme example of such one-sidedness was Golda Meir who asserted that “All the wars against Israel have nothing to do with it”.

At the other end of the spectrum is Shaul Arieli, a retired colonel in the IDF and an academic, who writes about the Israeli-Palestinian conflict in a strikingly objective and fair-minded manner. In his previous books Arieli set out to explain the Israeli and Palestinian narratives not in order to take sides but, on the contrary, in order to convey the complexity of the clash between the two nationalist versions of history. This is the only way, he believes, for resolving the conflict: a compromise between the valid claims of both sides, leading to the partition of the disputed land.

In this book Arieli has chosen a different approach. He addresses himself only to his Israeli readers; he urges them to confront their own narrative and to examine critically some of the principal myths on which it is based. This, argues Arieli, will generate a process of purification and self-awareness from which Israeli society will emerge stronger and better equipped to confront the challenges facing it. Most national myths, of course, contain a kernel of truth. The task of the historian is to extract the kernel of hard facts from the penumbra of tendentious interpretations and outright distortions. Arieli earns the reader’s trust by executing this mandate in a rigorous and impartial manner.

The scope of the book is very wide, covering both the pre-independence and the post-independence periods. Some of the myths are very familiar, like “a land without a people for a people without a land”, “there is no Palestinian people”, “Jordan is Palestine”, and the Mufti told the Palestinians to run away in 1948 in the expectation of a triumphal return.

Some of the myths are more complex, for example, the claim that the Palestinians have not abandoned the strategy of stages and they still want to destroy Israel. On all of these myths, Arieli has something original and interesting to say, buttressing his arguments with hard facts and irrefutable statistics. In this review, however, I propose to focus only on the myths propagated by Israel’s two last prime ministers: Labour’s Ehud Barak and Likud’s Benjamin Netanyahu.

Courage on the battlefield is very common, as Bismarck observed, whereas civic courage is rather rare. Ehud Barak was a brave and brilliant soldier but an inept politician who lacked the courage to take the necessary risks for the sake of peace.

The moment of truth came at the Camp David summit in July 2000 which Barak himself had asked Bill Clinton to convene. Barak’s advisers warned him that the Palestinians would not budge from their basic demand for an independent state in the Gaza Strip and the West Bank with a capital city in East Jerusalem. Barak believed that with Clinton’s help he could push Yasser Arafat into a corner and force him to settle for less.

What Barak tried to achieve was not the peace of the brave based on international legality but the peace of the bully backed by the acute asymmetry in the power of the two sides. His modus operandi was peace by ultimatum. For two weeks at Camp David, Barak refused to meet with Arafat and to negotiate face-to-face. He tried to dictate the terms of a settlement to his opponent. Every time Arafat turned down an offer, Barak tried a slightly improved offer, the last of which included Gaza and 89 percent of the West Bank but no sovereignty over the Haram al-Sharif in the Old City of Jerusalem. When Arafat rejected this offer, the summit ended in failure and Barak bore the lion’s share of the responsibility for this failure.

Following the failure of the summit, Barak invented the myth that there is no Palestinian partner for peace. He claimed that at Camp David he had made the most generous offer imaginable to the Palestinians, but that Arafat rejected the offer and made a strategic decision to return to violence, a decision that led to the outbreak of the second intifada four months later. The claim that Arafat planned and instigated the second intifada is utterly baseless. Instead of admitting his own fault, Barak sought to pin the blame for the impasse on the other side.

The problem with Barak’s post-facto explanation, or more precisely of the myth he invented, was that the great majority of Israelis believed. This myth had dire consequences for the Labour Party, for the peace camp, and for the prospects of a peaceful settlement. For if there was no Palestinian partner for peace, it was only logical for Israelis to vote for a leader who was good at killing Palestinians rather than for a party that advocated negotiations with them. Ariel Sharon fitted the bill perfectly. Consequently, his Likud party was elected in February 2001 and right-wing parties have remained in power ever since. Sharon actually boasted that during his five years in power, there were no peace negotiations of any kind with the Palestinians.

The twelfth and last chapter is about the staggeringly dishonest claim that Benjamin Netanyahu supported a two-state solution to the Israeli-Palestinian conflict. The only solid piece of evidence for this claim was his Bar-Ilan speech of 14 June 2009, two and a half months after he formed his second government. In this speech he stated ‘We will be willing to accept a demilitarized Palestinian state alongside the Jewish state’. The speech, however, was only made under intense pressure from the Obama administration and the change of policy it announced was more apparent than real. A month after the speech, Benzion Netanyahu, the prime minister’s octogenarian father told a Channel 2 TV interviewer: ‘Binyamin does not support a Palestinian state, except on conditions that the Arabs will never ever accept. I heard this from him’.

Benjamin Netanyahu remained firmly wedded to the status quo: limited Palestinian autonomy under Israeli rule. In his speech Netanyahu called for negotiations without pre-conditions. But in the same breath he posed a series of pre-conditions to the Palestinians.

First, he dissociated himself from the important understandings that his predecessor, Ehud Olmert, had reached with President Mahmoud Abbas a year earlier.

Second, he rejected Abbas’s demand for a freeze on settlement expansion during the negotiations. In other words, while pretending to negotiate over the division of the pizza, Netanyahu proposed to keep eating it.

Third, there could be absolutely no return of the Palestinian refugees to their homes, not even in symbolic numbers.

Fourth, he insisted that Jerusalem will remain Israel united capital. Moreover, Netanyahu introduced a completely new condition: the Palestinians had to recognise Israel as the state of the Jewish people. The reason Netanyahu posed this condition was because he knew that no Palestinian leader, however moderate, could accept it. It was an absurd condition. In short, Netanyahu never agreed to a two-state solution. In the run-up to the 2015 elections, he himself declared: ‘If I am elected, no Palestinian state will emerge on my watch’. He was re-elected and he was true to his word

The reality behind the last myth gives an unambiguous answer to the question of who the real rejectionist was during Netanyahu’s 15 years at the helm. By exposing the 12 myths that underlie the Israeli position in the conflict, Arieli holds up a mirror to his compatriots. His compatriots need to look long and hard at their face in the mirror, warts and all, if they wish to understand the fundamental reasons for the elusive peace.

Avi Shlaim is an emeritus professor of international relations at the University of Oxford and the author of The Iron Wall: Israel and the Arab World.

Featured image is from Jewish Voice for Labour 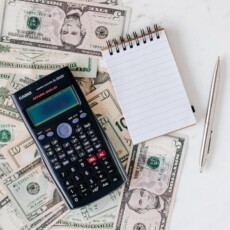 Failures, Breakdowns, And Politics: What Went Wrong In The Trials Of Navy SEAL Eddie Gallagher