One of the most difficult questions for the foreign observer to answer is: what is the reason for Australia’s addiction to United States foreign wars? History provides some insights. For the first 180 years of its existence as part of the British Empire, there was rarely a question asked about Australia’s involvement in foreign wars of choice.

Australian troops fought on behalf of British settlers against the indigenous Maori population in New Zealand’s colonial wars of the late 18th and early 19th centuries. Australians were similarly involved on behalf of their British masters in South Africa. The so-called First World War had Australian troops fighting the Germans in Europe and the Turks in the Middle East although one will struggle long and hard for the least evidence either country posed a realistic threat to Australia. This is, even more, a case in the light of recently released documents showing that the United Kingdom began planning for a war with Germany 20 years before it began because the role of the newly unified German State was perceived as a threat to the United Kingdom’s worldwide empire.

The Second World War more legitimately posed a perceived threat to Australia’s national interests, not from the old foe of Germany, but an aggressive Japan who didn’t excite western interest with its rape and carnage of Korea and China, but only elicited a response when it attacked Pearl Harbor. Even that may be seen as a defensive measure by Japan that was suffering from American sanctions.

We also now know that Pearl Harbor was not a surprise as the Americans had broken the Japanese code and had advance notice of the attack. As a consequence, the warships in Pearl Harbor were mostly outdated members of the US fleet.

That attack and the fate of Singapore had the effect of Australia transferring its allegiance from reliance on British support to that of the United States. That allegiance has remained intact ever since. The major threat to US dominance of Australian foreign policy, of which joining the wars in Korea and Vietnam were obvious symptoms of obedience, was the Labor government of Gough Whitlam (1972-1975) pulling Australian troops out of Vietnam, recognising the People’s Republic of China as China’s legitimate government and threatening to close the major United States spy base at Pine Gap.

The coup d’état of November 1975 did more than remove a democratically elected government. It gave an unmistakable message to the Australian political class that independence and foreign policy was subject to the overwhelming need to be in alliance with the Americans.

All three of these wars are not only illegal in terms of international law. None of them could be said to remotely threaten Australia’s national interests. What is even more astonishing is that none of these wars are the subject of Parliamentary scrutiny or even public debate. The mainstream media are conspicuously silent with the sole exception in recent weeks of the ABC reporting on the alleged war crimes of one of Australia’s highly decorated soldiers, currently the subject of defamation proceedings by that soldier.

As to the rest of Australia’s role in Afghanistan, there is complete silence. Of the list of things never to be mentioned is the role played by so-called Allied troops in protecting the cultivation of the poppy fields, source of 90% of the world’s heroin and a major source of off the books CIA income.

Why the silence? Presumably, the media barons do not approve of this large-scale illicit activity. It is perhaps best interpreted as an expression of loyalty to the United States alliance. Nothing to be said or done to embarrass Australia’s great ally by pointing out that in addition to being the world’s greatest killing machine through its constant wars, it also contributes to the world heroin disease rates by being responsible for distributing the overwhelming bulk of the deadly heroin crop.

It is not as if this information is buried in classified reports protected by espionage laws and official secrets acts. The figures are published annually by the United Nations for all the world to read.

The Trump administration is currently waging a propaganda war against China, accompanied by highly provocative naval exercises, with two aircraft carriers and their accompanying flotilla, in the South China Sea. The Australian media faithfully parrot the ritual excuse of ensuring freedom of navigation in one of the world’s busiest sea lanes. The complete absence of any evidence of Chinese interference with civilian shipping is completely ignored.

Similarly not deemed worthy of mention by the Australian media is the fact that the South China Sea is a depository of a vast quantity of undersea oil and gas reserves. As is so often the case, what was not told is more important and what was publicly said and this is a classic example.

There are legitimate and unresolved issues in the South China Sea, including the extent of China’s territorial claims. Whatever foundation they may have had in centuries long past, they did not sit comfortably with modern concepts of territorial waters and accompanying rights to resource exploitation of those waters.

Another contemporaneous example of Australia acting in United States interests to its own great potential detriment is the extraordinarily stupid conduct of the Australian government (with the complicity of the alleged Opposition) in going out of its way to annoy its most important trading partner, China.

Again, one looks in vain for a rational explanation as to why Australia is engaging in these acts of economic suicide. The only explanation that makes sense, in a rather weird way, is that Australia is again following the dictates of the United States.

To describe this conduct as economic suicide is not an overstatement. China is Australia’s most important economic partner by a very large margin. Replacing that relationship, while not impossible, is not something that can be achieved in the short or even medium term.

While the government has its share of rabidly anti-China hawks, those same people are notably silent on the question of suggesting viable alternatives to Australia’s economic relationship with China. It seems too kind to describe them as profoundly stupid and short-sighted.

A pessimist might suggest that the current state of affairs, from illegal wars, breaches of international laws, and a total disregard of what constitutes a country’s real interests, is only the inevitable consequence of decades of slavish adherence to the world’s greatest serial offender on all counts, the United States.

The sad truth is that the said pessimist is, in fact, the realist. 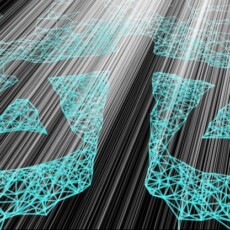