Never has politics been so deeply involved in decisions that should be between a physician and patient. It is normal for physicians to listen to patients and colleagues, read the literature, write a prescription for an FDA-approved drug, and expect the pharmacy to fill it. But hydroxychloroquine (HCQ) or Plaquenil™, is the unprecedented exception—if and only if it is prescribed for COVID-19.

Some doctors say they are “following the FDA.” FDA Commissioner Stephen Hahn told the Today show that the decision is between the doctor and the patient. He noted that HCQ has been approved for many years for several conditions and is known to be safe in those settings.

But other statements from the FDA have been used by state regulatory agencies to restrict HCQ use. Many doctors fear to prescribe it. Dr. George Fareed of California writes: “Like many of my colleagues in the trenches treating COVID, I find myself being obstructed on different levels from treating my patients with [HCQ].” A patient commented that she drove 2 hours to see him.

A diverse group of doctors have courageously spoken out about their first-hand experience treating patients: Dr Ivette Lozano was born in Cuba, Dr. Stella Immanuel is from Camaroon and trained in Nigeria, and Dr. Vladimir Zelenko is from the Orthodox Jewish community. Their powerful opponents, such as Dr. Anthony Fauci and Rick Bright, are less diverse, having been long entrenched in the federal bureaucracy with many ties to pharmaceutical or vaccine manufacturers and wealthy tax-exempt organizations.

After Dr. Immanuel’s powerful presentation at the Frontline Doctors press conference on the steps of the U.S. Supreme Court, the Texas Medical Board sent an intimidating press release about the use of the word  “cure” for an “incurable disease.”

The FDA’s actions, and states’ actions based on them, could cause tens  of thousands of needless  deaths, states Yale professor of epidemiology Harvey Risch.

Who is allowed to inform doctors about research evidence? Researchers from Henry Ford System have been silenced. Anthony Fauci, “America’s doctor,” said their study of HCQ was flawed.

We know that Dr. Fauci can’t throw a baseball, but is he the umpire that can strike scientists out? He did not find the flaws in the likely fraudulent Surgisphere data in the highly influential Lancet article that had to be retracted. Dr. James Todaro did that.

For additional evidence on the need to make HCQ widely available, so your doctor instead of Dr. Fauci can decide on your treatment, see latest filing in  AAPS v. FDA.

For information on studies of hydroxychloroquine, see c19study.com. 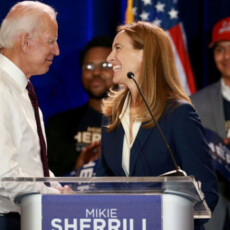 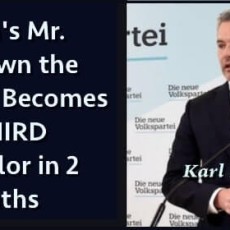