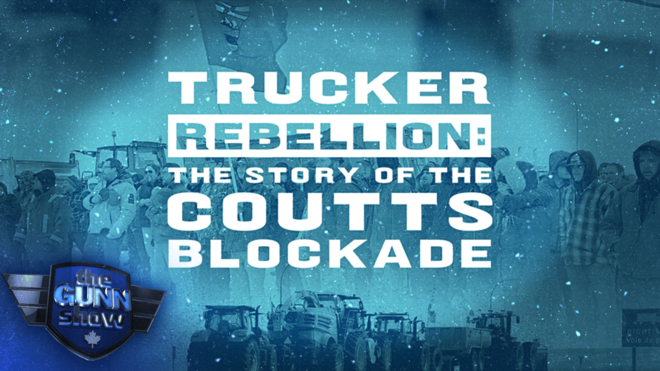 The episode, entitled Kian Simone’s first feature film is ‘Trucker Rebellion: The Battle for Coutts’ originally aired exclusively on RebelNews+ on May 25, 2022.

Over the course of the pandemic, Rebel News video journalist Kian Simone (@KianSimone44) has morphed himself from a warehouse worker in Ontario to a successful Alberta documentary filmmaker with a sold-out premiere.

His first feature film, called Trucker Rebellion: The Battle for Coutts documents his time embedded in the blockade at Alberta’s main crossing with Montana where truckers and farmers led an uprising against remaining COVID restrictions and vaccine mandates. While other truckers went east to Ottawa, these ones went south to protest for freedom.

Kian, and another Rebel reporter, Syd Fizzard (@SydFizzard), were inside the negotiations with police, privy to the decision-making process of the blockaders, on location as the police moved in to seal off the truckers from support and supplies. Kian and Syd saw what the media and politicians got wrong, accidentally or otherwise. And now this new documentary tells the real story.

The demand for the truth led the first showing of the documentary to sell out in just days, but don’t worry. We booked a second one for June 1, 2022, at Canyon Meadows Cinema in Calgary. Click here to get your tickets for Trucker Rebellion before they’re gone.

And Kian isn’t close to finished telling the other side of the story. He and Rebel News UK correspondent Lewis Brackpool (@Lewis_Brackpool) have put together an in-depth investigative docu-series about the World Economic Forum (WEF) and its plans to rewrite and reset civilization.

To see learn more about the sinister motives of the cabal of Klaus Schwab, please visit www.ExposeTheReset.com. 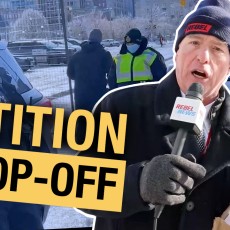 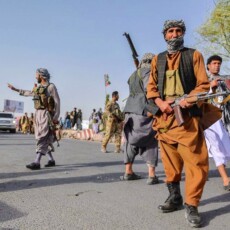 Where is the anger about Afghanistan? 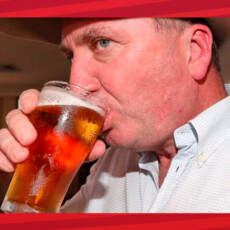