“Infrastructure” Is Now Anything the Government Wants To Do

A common rhetorical tactic is to change the definition of a key word in a debate to fit a preferred conclusion. This tactic is now being used by President Biden and other lawmakers in support of an anticipated $2 trillion infrastructure bill they are expected to propose by arguing that the definition of “infrastructure” should be expanded to include anything remotely connected to the economy.

The forthcoming bill is expected to propose approximately $400 billion for childcare and other care programs under the heading of “infrastructure,” the argument being that spending taxpayer money on these programs would free up more mothers and others who currently devote their time to providing care to take jobs outside the home. Because it would enable more mothers to work outside the home, the argument goes, “infrastructure” should include childcare.

There is, of course, nothing new about lawmakers seeking to implement new programs at taxpayers’ expense. What is new is how open supporters of this effort have been about the fact that they are attempting to do this by changing the definition of a word, the New York Times opining with approval that Biden’s plan “is a radical reimagining of what infrastructure means.”

Supporters of the anticipated bill wish to reach the conclusion that the United States should enact progressive social programs and, to reach that conclusion, they are attempting to change the definition of “infrastructure” in this context from “the system of public works of a country, state, or region” to anything that makes it easier for an individual to get to her job. The New York Times opinion piece noted above frames it thusly:

“Functioning and affordable care is a public good: It is the foundation for Americans to provide for their families, tend to their loved ones and perform their jobs.”

This type of argumentation tactic relies on the so-called fallacy of four terms. Typically, a basic logical argument is said to consist of three terms, for example, all A are B, and all B are C, therefore all A are C. This logically valid argument contains three terms, A, B, and C.

However, if each time we mentioned B, we really meant two different things, then this argument would really be, all A are B1, and all B2 are C, therefore all A are C. This argument actually has four terms and is logically invalid because the equivalency between A and C depended on B being the same thing both times it was mentioned.

One way the middle “B” term gets distorted like this is when the meaning of a word used for that term is ambiguous. An argument makes this error if it says, for example: all boys swing bats, all bats are nocturnal flying mammals, therefore all boys swing nocturnal flying mammals. The single word “bat” in this example actually must count as two terms because we have used it with two different meanings.

It is not necessarily false to say childcare is in some sense a kind of infrastructure if it allows more mothers to take on jobs outside the home, (although it does beg the question why mothers should be deemed more productive when working outside the home than when working in it). Because childcare can plausibly be called a kind of infrastructure, it can pseudo-logically be grafted onto existing beliefs among most Americans about the propriety of government spending on traditional infrastructure, even though the ideas are materially different.

Why This Rhetoric Matters

None of this is intended to mean that governments should involve themselves in the provision of traditional infrastructure in the first place. However, as Murray Rothbard pointed out in his work Man, Economy, and State, it is nonetheless a common modern belief that such spending is appropriate, or even necessary:

“[E]very single service generally assumed to be suppliable by government alone has been historically supplied by private enterprise. This includes such services as education, road building and maintenance, coinage, postal delivery, fire protection, police protection, judicial decisions, and military defense—all of which are often held to be self-evidently and necessarily within the exclusive province of government.”

This existing acceptance most people seem to have of government spending on traditional infrastructure, misguided as it may be, is now being used to expand their ideas about what is acceptable government expenditure to include publicly funded childcare programs.

In a practical sense, new government programs like these will undoubtedly involve not only higher taxes, but also more regulatory control over things that ought to remain within the capable discretion of private individuals and families. New regulations on how many children a childcare provider can enroll at a time and whether providers will be required to have a college degree and a state-issued license are likely to follow, placing needless new burdens on existing childcare providers. (Any doubt about this can be dispelled by reviewing some of the recommendations already published by the U.S. Department of Health & Human Services Office of Child Care here.) If our experience with government intervention in healthcare is predictive, the cost of childcare will only increase and its provision will become more impersonal and less responsive to the particular needs of individual families.

But this use of deceptive rhetoric raises even more fundamental concerns. There is nothing new about lawmakers using false or nonexistent logic to support their proposals, but there is something novel to the boldness with which even established mainline party politicians—including influential senators like Elizabeth Warren and Kirsten Gillibrand—are now so openly embracing this rhetorical tactic despite its reliance on a “radical reimagining” of the meaning of an existing word. The issue it raises is this: Do we really believe that these experienced politicians actually think voters are so dimwitted they cannot grasp the relevant difference between bridges and childcare? As Professor David Gordon recently pointed out, “unless there is very strong evidence, we should avoid attributing to someone an error it would be hard to overlook.”

It therefore seems unlikely they really expect these arguments to cause a significant number of the public to undergo a personal revelatory enlightenment and suddenly realize they have supported government provided childcare all along. It seems more likely they are instead dictating to the rest of us what the new meaning of infrastructure shall be in order to make enactment of their desired social programs possible.

Finally, this seems to represent an importation of the kind of Orwellian newspeak rhetorical methods we are used to hearing from more openly socialist voices in society. We have long heard, for example, about the “exploitation” of labor. While it may be true that an entrepreneur “exploits” the use of labor in the same mundane sense that a carpenter “exploits” the force multiplying effect of a lever to pry nails out of a piece of wood, advocates of the Marxian concept of exploitation rely on the deep negative connotations of the word to justify condemning owners of capital who earn a profit by hiring workers. The current calls for “social justice” are similar. Advocates of collectivist redistribution schemes describe their socialist goals as a certain kind of justice. Changing the definition of justice to “social justice” shifts the focus of the debate about what is just from people receiving what they deserve to people receiving the same thing regardless of what they deserve.

If this new argument about infrastructure arises from the same mindset as social justice ideology, as I argue, we should heed Professor Michael Rectenwald’s warning about social justice that the:

“claims of social justice ideologues amount to a form of philosophical and social idealism that is enforced with a moral absolutism. Once beliefs are unconstrained by the object world and people can believe anything they like with impunity, the possibility for assuming a pretense of infallibility becomes almost irresistible, especially when the requisite power is available to support such a pretense. […] Because it usually contains so much nonsense, the social and philosophical idealism of the social justice creed must be established by force, or the threat of force.”

The attempt to characterize childcare and similar government programs as infrastructure cannot be understood as an honest attempt to convince average Americans to support a policy through rational argumentation. It should instead be understood as powerful lawmakers openly adopting a rhetorical tactic common to social justice ideologues to dictate to the masses what they should believe about the expanded role the state should play in everyone else’s lives. 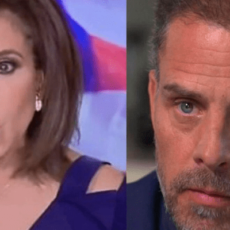 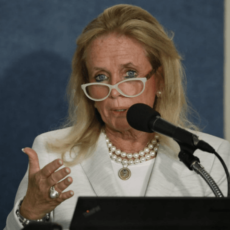 Dem Rep. Dingell: ‘These Next 26 Days Are a Very Scary Time for This Country’ 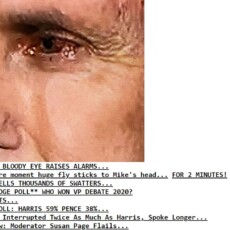