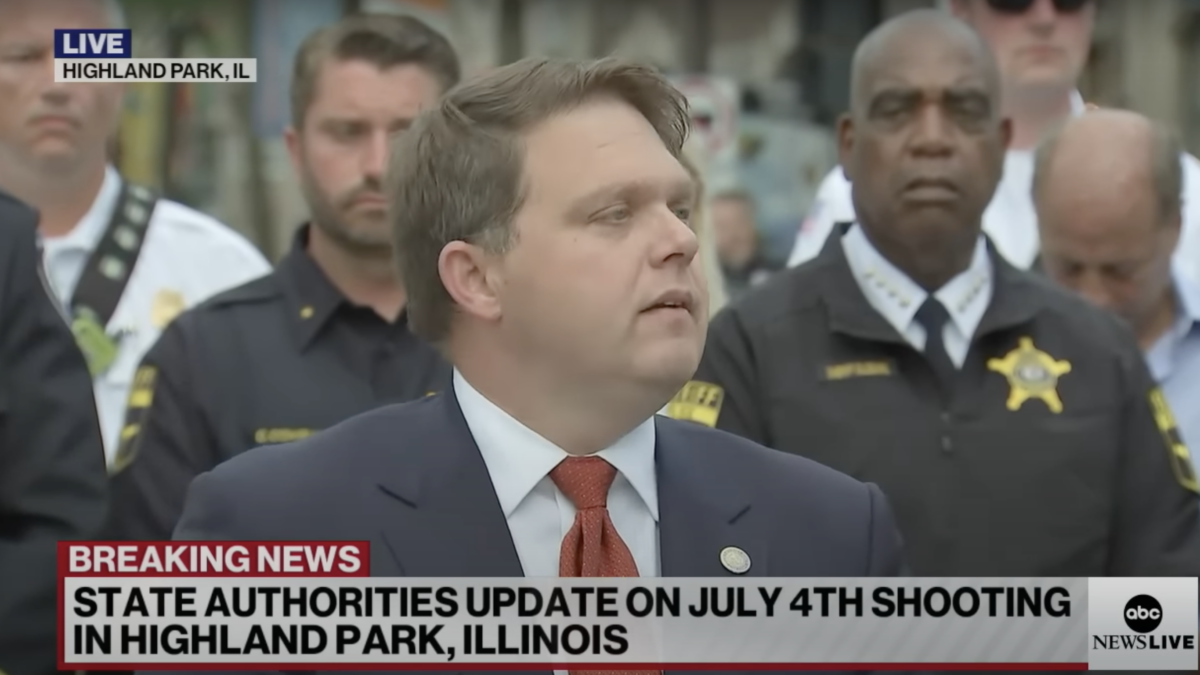 In a bizarre move, Lake County State’s Attorney Eric Rinehart told the public and the press on Wednesday that he believes red flag laws in Illinois are “strong” even though the state with some of the strictest gun laws in the country failed to stop a 21-year-old shooter from murdering seven people at a July 4 parade and injuring at least 30 more.

While announcing seven counts of first-degree murder charges against Robert Crimo III for attacking paradegoers in Highland Park, Illinois, over the long weekend, Rinehart praised his state’s gun laws and called for a national ban on certain types of firearms.

“Illinois has a strong red flag law that keeps the community safe and respects everyone’s rights. We must vastly increase awareness and education about this red flag law called the Illinois Firearm Restraining Order,” Rinehart said.

According to Rinehart, the red flag law was designed to “ensure the safety of the individual and those around them” by confiscating guns and preventing certain people from buying guns.

“It allows individuals to stabilize their treatments — excuse me, stabilize their behavior — seek treatment, and access other resources that our community must invest in to give those who need help,” Rinehart continued. “Separate from these red flag laws, which are very powerful in Illinois, we should also ban assault weapons in Illinois and beyond.”

The first and most pressing question of all: If Illinois gun laws are so good, why wasn’t Crimo, who was labeled a “clear and present danger” to the community long before he shot up the parade and fled wearing women’s clothing, stopped by the state? If red flag laws are the answer to preventing deadly shootings, which we know they aren’t because they lack due process and are susceptible to politically motivated exploitation, why didn’t they stop Crimo (or any other shooters in states with red flag laws)?

All the stereotypical warning signs designed to trigger some sort of intervention were there. Crimo had a troubled history of posting violent content online that “reflected a plan and a desire to commit carnage for a long time in advance.” He had mental health issues that culminated in an attempted suicide in April 2019. He also had multiple run-ins with local law enforcement, who, at one point, communicated their concerns about him to state police. Yet he still freely carried out a horrific act.

Rinehart’s anti-gun tirade doesn’t make sense unless you come to terms with the fact that his plea for national gun-grabbing is a solely political talking point, not one that is designed to effect change that would actually stop bloodthirsty villain wannabes in their tracks.

Even if “assault weapons” were magically wiped off the face of the earth, as Rinehart seemed to suggest, who is to say that a clearly disturbed individual such as Crimo wouldn’t have come at the July 4 crowd with a knife, dagger, sword or even a vehicle, like the Christmas parade massacre in Waukesha, Wisconsin?

After all, Crimo was in possession of 16 knives, a dagger, and a sword in September 2019 when he threatened to “kill everyone” in his home. Law enforcement confiscated those weapons before returning the knives to the then-teenager’s father who “claimed the knives were his and they were being stored in the individual’s closet for safekeeping.”

Crimo’s father went on to sponsor his son’s December 2019 application for a firearm owner identification card, which is required for gun possession by the state of Illinois, and the state police (yes, the same department that knew Crimo was deemed a “clear and present danger”) approved it.

But even if Crimo’s dad hadn’t sponsored the application or the state police had rejected it, there was nothing stopping him from purchasing more blades or seeking out guns from the gangs who sustain the massive weapons black market in the crime-ridden Chicago just 20 miles south of his residence in Highland Park.

The warning signs about Crimo were there but the truth of the matter is that no amount of “awareness” about red flag laws or bans on “assault weapons” will stop criminals with detailed plans to hurt, kill, and destroy.

Recall that 14 Republicans in the Senate and 14 Republicans in the House recently voted to push gun restrictions like those found in Illinois in other states. They claimed that these laws would make communities safer and prevent future tragedies like previous shootings Buffalo, New York, and Uvalde, Texas. But they were clearly wrong.

There’s nothing praiseworthy about red flag laws or gun control when one of the strictest firearm regulatory states repeatedly failed to stop Crimo from carrying out a tragic and fatal attack. Begging for the federal government to remove Americans’ option to protect themselves against freaks doesn’t stop shootings, it disarms law-abiding Americans and leaves too much room for bureaucratic error. 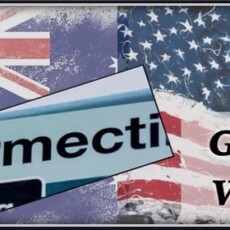 Australia Restricts Ivermectin Prescribing for Covid, Same Week It Becomes Impossible to Get It Dispensed in US. Coincidence? 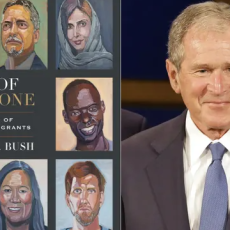