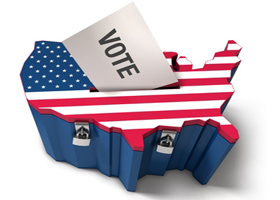 We publish this incisive analysis by Dr. Marjorie Cohn with a view to encouraging debate on the 2020 elections. The broader issue is that both Donald Trump and Joe Biden are a threat to democracy in the US.

For nearly four years, we have been laser focused on November 3, 2020, the day that Donald Trump could be voted out of office. In all likelihood, however, the election will not be decided that evening as it has in the past (with the notable exception of the 2000 election). That is because in order to protect themselves against COVID-19, a record number of people will forego the polls and mail their ballots, which take longer to count. There are several scenarios of what could transpire between November 3 and January 20. All of them are frightening.

Once again, Trump has deployed federal agents on U.S. soil over the objection of local authorities, in an apparent attempt to sow chaos and then claim he must be reelected to restore law and order. On August 26, Trump tweeted he would send “federal law enforcement and the National Guard to Kenosha, WI to restore LAW and ORDER” in the wake of protests against the shooting of Jacob Blake, a Black man shot in the back seven times by a police officer in the presence of Blake’s children. Blake, who remains in critical condition, was left paralyzed. Wisconsin Gov. Tony Evers declined the White House’s offer of federal assistance. Although Evers had deployed the National Guard the day before, Trump said, “Governor should call in the National Guard in Wisconsin.”

Trump had declared a national emergency and sent federal troops to Washington, D.C., and Portland, Oregon, during anti-racism protests after the public police lynching of George Floyd.

Attorney General William Barr’s Department of Justice is reviewing presidential emergency action documents (PEADs). PEADs, which originated with President Dwight D. Eisenhower to deal with a possible Soviet attack, have purported to authorize unconstitutional actions, such as the suspension of habeas corpus, arbitrary detention and the declaration of martial law. They are so secret that not even Congress has seen them, but Freedom of Information Act requests have occasionally led to the revelation of their contents in public sources. PEADs could provide Trump with an unfettered opportunity to employ authoritarian, even military, tactics to maintain power.

Trump is preemptively sowing doubt about the outcome of the election. On July 30, he suggested delaying the election, although he does not have the legal authority to do so. And he has floated the idea of sending federal troops to the polls (to police nonexistent voter fraud) which would cause voter intimidation.

Citing no evidence, Trump declared on the first night of the Republican National Convention,

“[Democrats are] trying to steal the election.… The only way they can take this election away from us is if this is a rigged election.”

Indeed, when Chris Wallace asked Trump on “Fox News Sunday” in late July, “Are you suggesting that you might not accept the results of the election?” Trump replied, “No. I have to see.”

“Given my experience working for Mr. Trump, I fear that if he loses the election in 2020, there will never be a peaceful transition of power.”

“They don’t have the money to do the universal mail-in voting. So therefore, they can’t do it, I guess,” adding, “Now, they need that money in order to make the Post Office work, so it can take all of these millions and millions of ballots.”

It is no coincidence that since June 15, when Postmaster General Louis DeJoy assumed the reins, the USPS instituted several changes that have slowed down mail service, including the removal of 671 sorting machines. DeJoy, who had no prior experience with the Postal Service and has extensive conflicts of interest, is also a major Trump campaign contributor.

The Transition Integrity Project (TIP) is a bipartisan organization of campaign chairs, academics and former government officials, established last year out of concern about the manipulation and disruption of the 2020 presidential election and transition. It was convened by Georgetown University Law Center professor Rosa Brooks and Nils Gilman, former vice chancellor of the University of California, Berkeley.

In June, TIP conducted election crisis scenario exercises, called “Preventing a Disrupted Presidential Election and Transition,” to “identify risks to the rule of law or to the integrity of the democratic process” between Election Day and Inauguration Day. TIP assembled a group of more than 100 experts for the experiment. Calling the results “alarming,” TIP’s report assessed “with a high degree of likelihood that November’s elections will be marked by a chaotic legal and political landscape” and “Trump is likely to contest the result by both legal and extra-legal means, in an attempt to hold onto power.”

The report warned of “an unprecedented assault on the outcome” of the election. “Of particular concern is how the military would respond in the context of uncertain election results.” Most frightening is TIP’s warning, “The potential for violent conflict is high, particularly since Trump encourages his supporters to take up arms.”

“President Trump has begun to lay the groundwork for potentially ignoring or disrupting the voting process, by claiming, for instance, that any mail-in ballots will be fraudulent and that his opponents will seek to have non-citizens vote through fraud.”

Four scenarios developed by TIP were as follows:

(1) the winner was unknown the morning after the election and the race was too close to predict with certainty;

(2) Biden “won outright” the popular vote and the Electoral College;

(4) Biden won both the popular vote and the Electoral College by narrow margins.

The report stated that in all four hypothetical exercises, Trump cast doubt on the official election results. The second scenario initially showed him alleging massive fraud, demanding investigations and appealing to the media to cast doubt on the result. He “later accepted a loss” once it became clear that his attempts to overturn the election results would not likely succeed. In the fourth scenario, Trump would not concede and set up a fierce competition that concluded with “an uneasy and combative but ultimately successful transition.”

In all four scenarios, Trump encouraged violence and chaos in the streets. His strategy called for recounts, investigations into “voting irregularities” to undermine public confidence in the results of the election, attempting to stop the counting of mail ballots — even ordering Barr to seize mail ballots — organizing his base to take to the streets, and relying on right-wing media to sow chaos and intimidate officials to side with Team Trump. When he trailed in the popular vote count, Trump challenged Biden to “prove a negative” — that there had been no voting fraud.

Participants in the exercises were particularly concerned about “the President’s ability to federalize the national guard; to deploy the military domestically; to launch investigations into opponents and to freeze their assets; and even to control communication in the name of national security.” Barr’s Justice Department “could provide legal cover for the President’s actions.” The report cited Trump’s prior appeals to “Second Amendment people” to defend their rights and his calls to supporters to “liberate” states with restrictive COVID-19 rules. Trump could initiate a foreign crisis after the election or during the transition. Barr might launch a bogus investigation of “terrorist ties” of members of Biden’s transition team to justify surveillance or a false flag operation before the election or in the contested period after the election.

In addition, Republican state legislators in swing states could refuse to certify a Biden victory in the face of Trump’s claims of fraud, according to Harvard government professor Daniel Carpenter. Vanita Gupta, former head of the Justice Department’s Civil Rights Division, worries that Trump could “weaponize” COVID and use it as a pretext to issue stay-at-home orders to prevent people from going to the polls when the deadline for requesting absentee ballots has expired.

Yale Law professor Bruce Ackerman posits a situation in which Congress must choose the victor and Vice President Mike Pence and House Speaker Nancy Pelosi are deadlocked. The Presidential Succession Act would make Pelosi the president but is the Supreme Court likely to ratify that outcome? Meanwhile, there would be violence in the streets.

The TIP exercises did not really consider legal strategies both sides could employ, nor did they predict how “the media will shape and drive public opinion.”

What Can Be Done to Safeguard the Election Process?

TIP recommends that congressional leaders conduct oversight hearings and seek assurances from military and agency leaders about their contingency plans. “Military and law enforcement leaders need to plan now for these possibilities to avoid becoming unwitting pawns in a partisan battle,” the report concluded. As Veterans for Peace has urged, service members have a duty to obey lawful orders and a duty to disobey unlawful orders. Many would refuse orders to deploy to U.S. cities to help Trump illegitimately maintain power.

Ackerman proposes that Congress create a special election commission with five Supreme Court justices, comprised of two liberals, two conservatives and the chief justice. It would investigate election challenges and determine the validity of disqualifications.

Meanwhile, Facebook is taking steps to counter false claims of victory on the site by Trump supporters. It is planning for what to do if Trump tries to invalidate the election results with accusations that USPS lost mail ballots or other groups meddled with the vote. Facebook has considered a “kill switch” to stop political advertising from spreading misinformation after Election Day. Twitter and YouTube have also considered unspecified actions they might take after the election. The bottom line is that Facebook, YouTube and Twitter “have to potentially treat the president as a bad actor” who may subvert the democratic process, Alex Stamos, director of Stanford’s Internet Observatory and former executive at Facebook, told The New York Times.

The National Lawyers Guild (NLG) will continue to dispatch legal observers to observe and document potentially unlawful or unjustified interference with demonstrators’ rights by law enforcement. NLG members provide legal support for those arrested for exercising their First Amendment rights. Organizations including the NLG, ACLU and Protect Democracy will ready their legal strategies for the battles in the courts.

Finally, the people must mobilize to mount mass actions to ensure the integrity of the election. Those of us who write and do media commentary should continue to educate people about the legal and political situation and organize resistance to attempts to undermine the veracity of the election results.

In light of the massive uprisings against white supremacy in response to the murder of George Floyd, and now the shooting of Jacob Blake, we can expect widespread popular resistance if Trump tries to hijack the election.

Marjorie Cohn is professor emerita at Thomas Jefferson School of Law, former president of the National Lawyers Guild, deputy secretary general of the International Association of Democratic Lawyers and a member of the advisory board of Veterans for Peace. Her most recent book is Drones and Targeted Killing: Legal, Moral, and Geopolitical Issues. She is a frequent contributor to Global Research. 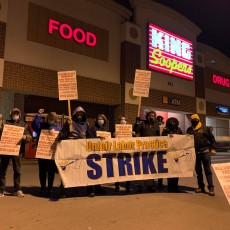 The Real Revolution Is Underway But Nobody Recognizes It 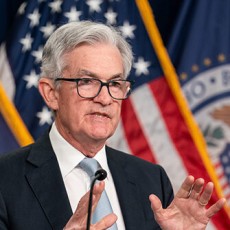 Consumer Prices Rose 7.7% in October From a Year Ago, Core Inflation Eases 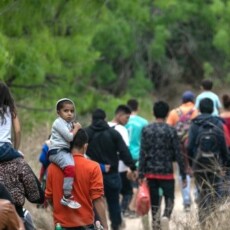