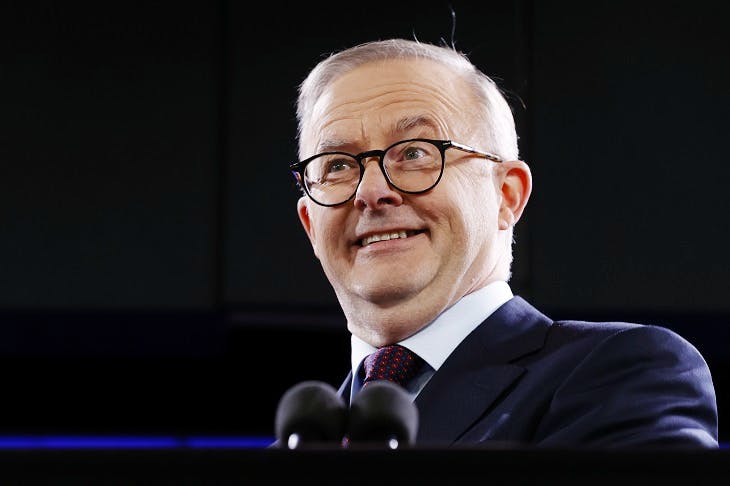 Can you imagine what life would be like if Anthony Albanese was President of the United States of Australia? Ruminate on that a little while…

It’s been less than a month since the passing of Her Late Majesty, Elizabeth II, by the Grace of God Queen of Australia and Her other Realms and Territories, Head of the Commonwealth. And yet our great Sovereign lady of more than seventy years fell under fire from radicalised republicans and pseudo-moral ideologues the moment news of her demise became public knowledge.

Topping my list of vitriolic, revolting one-liners attacking the Queen during her official mourning period was ‘banality of evil’ from The University of Queensland’s student newspaper, Sempre Floreat, which was founded in 1932 and funded by compulsory student union fees.

The university administration refused to denounce the behaviour of its students, instead defending their collective right to free speech. So, I exercised my free speech by calling on monarchists who donate to The University of Queensland to temporarily suspend their philanthropy.

Through the ideological and commercial abuses Australia’s tertiary institutions commit each and every day against students, teaching staff, the public, and the nation – they are far more deserving of the epitaph banality of evil than Queen Elizabeth II. Long ago did they abandon the advance of knowledge for the indoctrination of radical ideology and the accumulation of wealth – but I digress.

The Australian Republic Movement (ARM) at least demonstrated more class. ‘We’re pausing all campaigning during the mourning period,’ it announced on September 13.

Then again, I wonder why that suspension came five days after the fact and not immediately, particularly as the ARM managed to publish its press release less than an hour after Her Late Majesty’s passing. I wonder why, on September 9, National Director and Chief Executive Officer Sandy Biar took part in an extensive interview with the SBS, advocating for a republic.

Let me suggest that for all their supposed sympathies and sensitivities, the ARM immediately tried to take control of Her Majesty’s death in an effort to advance its own nefarious purposes. But, in its arrogance, the organisation failed to accurately predict just how loved our late Queen was. Realising this only after Operation London Bridge had commenced, it decided to save what face remained and hit the emergency stop button.

When that button was pressed, I equally wonder if Peter FitzSimons, 1st Baron of the Lower North Shore, knew his time was up. Certainly, the Australian Monarchist League is sad to see him go, as is, dare I say, Johannes Leak. Our swashbuckling buccaneer leaves behind a stubborn legacy with boots and bandana not easily replaced. Perhaps now, retiring unto the boathouse, he will turn his muse towards a new tract on the Rum Rebellion, or a biography of Sir Joseph Banks. After all, British colonial history has earned him thousands in royalties already; why stop now, even if he has stepped down as the man determined to rob the rest of us of the Crown’s benefits?

His hypocrisy aside, it seems to me that FitzSimons was growing too much a liability. ‘During her reign, Australia has grown into a mature and independent nation,’ he remarked of Her Late Majesty. Couple that with his growing controversy, and perhaps that’s why announcement of his departure didn’t even yield an official ARM press release.

With the mourning period now over, though with many Australians still privately reflecting on the life of one of the world’s most indomitable (female) leaders, republicans have returned to hurling falsehoods and attempting character assassinations against our new King of Australia, His Majesty Charles III. These are antics that don’t bear mention, other than that the constant accusation of racism against hardworking Australian monarchists has become perverted and malicious.

Rather, it’s much more interesting to analyse the actions of the Albanese government. Take, for instance, Assistant Minister for ‘the’ Republic (what republic?) Matt Thistlethwaite’s comments concerning the ARM’s prospective new leadership. A long-time member of the ARM, Thistlethwaite wants ‘someone that connects with younger voters and multicultural Australians’ to head up the organisation.

The public is left to wonder if the Assistant Minister and the government played any part in Peter FitzSimons’ resignation. No one knows, but what is clear is that Thistlethwaite’s appointment serves as further evidence that a passionate grassroots movement has been superseded by a Canberran bureaucracy.

Jim Chalmers is an equally interesting port of call. Having affixed his beret and with easel in hand, the Treasurer is on the hunt for a pretty picture to overwrite our Sovereign’s effigy on the five-dollar note – since, apparently, King Charles isn’t an appropriate subject.

What a completely and utterly erroneous use of the Treasurer’s time. Surely, he has more pressing tasks to attend to? And, of course, whose likeness could possibly be more suitable than His Majesty’s? Not only he is the Sovereign of Australia (that must count for something?), the King has, over his life, raised billions of dollars towards disadvantaged Australian youths, Australian veterans and their families, and the preservation of the Australian environment, all by way of The Prince’s Trust Australia. The Trust is an act of enormous benevolence that is frequently (and conveniently) overlooked by republican cheerleaders.

Maybe we should put Lidia Thorpe on all our banknotes and coins? Or perhaps Malcolm Turnbull? Simon Holmes à Court? Clive Palmer? Julia Gillard? As a hollow vessel with no identity or politics of its own, the Crown on our currency serves to unite us all, whether we choose to be united or not; political and celebrity personalities are innately divisive.

Moreover, I’ve said it once and I’ll keep saying it until I go hoarse: if Jim Chalmers is serious about rehabilitating Australia’s crippled economy, he’ll not only come out as a monarchist, he’ll lobby his boss to scrap Labor’s presidential fantasies. The data on this is conclusive: economies of constitutional monarchies outperform economies of republics.

Of course, the motivation to remove the Sovereign’s effigy from the five-dollar note is yet another small step towards the stealthy introduction of an Australian republic. ‘We will take the necessary time to consult and consider, and we will make our position [in] due course,’ says Dr Chalmers. Surely, on a matter such as this, the government’s position should mirror the general public’s position; right now, according to Roy Morgan, 60 per cent of Australians support the retention of the Crown and constitutional monarchy. That’s a higher result than in 1999. (Oh, and, yes: 58 per cent of ALP voters fall into today’s majority.)

If you think the Treasurer should get his lukewarm hands off our national symbols, and start prioritising Australia’s real economic interests, do consider signing the Australian Monarchist League’s petition: Keep Our Sovereign on Our Money.

Let’s now return to that vexatious proposition I confronted you with earlier: Can you imagine what life would be like if Anthony Albanese was President of the United States of Australia?

In the last few weeks, the Prime Minister has delivered solemn eulogies, jetted halfway across the world with partner Jodie Haydon, walked ahead of the Governor-General to pay his respects, and schmoozed with some of the world’s most powerful. ‘Now is not the time,’ he insisted whilst in London when pressed with republican queries.

Now is not the time…

If Albo truly believed that, wouldn’t he stand down his unprecedented, unwarranted, and underhanded Assistant Minister for the Republic, instead of inventing ‘a number of duties’ for him and allowing him to continue on his speaking tour across ARM branches?

If Albo truly believed that, wouldn’t he seek official consequences for those elected representatives of the Australian Senate who covered their hands in fake blood and condoned the burning of the Australian National Flag?

If Albo truly believed that, wouldn’t he simply defend the King’s effigy remaining on our five-dollar note?

Recently, the Australian Monarchist League sent a letter with more than a thousand signatures to the Prime Minister registering concern that Matt Thistlethwaite also holds the Assistant Minister for Veterans’ Affairs portfolio. Veterans swore allegiance to their Queen, fought for their Queen, and knew those who died for their Queen. Thistlethwaite’s duality, we argued, was deeply offensive and potentially threatening to veterans’ mental health. But that didn’t seem to matter; no response from Albo.

The Prime Minister’s silence is deafening. To expand upon a theme, I wonder why.

If Albo was my president, I would hasten to decry one of his potential executive orders. Because according to The Age:

‘Australia is preparing to overturn its policy of more than three years and launch a mission to repatriate dozens of women and children, the family members of former Islamic State fighters who have been languishing for years in squalid detention camps in Syria.’

That’s right. If The Age is to be believed, Anthony Albanese literally intends to sanction terrorist sympathisers in Australia. And it gets better: ‘There may not be enough evidence to charge all the adults with terrorism offences, so some may be free in the community and require monitoring by Australian authorities.’

Even The Age readers are seemingly appalled.

Anthony Albanese received a primary vote of approximately 32.6 per cent. The King’s current mandate is practically double the Prime Minister’s. And yet it is the Prime Minister that threatens a policy to remove the King. Again, ruminate on that a little while…

Although for many of us it has not yet hit home that Queen Elizabeth II has indeed passed, the Australian Monarchist League is committed to confronting the incumbent Albanese Government – and, indeed, all politicians – with the raw fact of the matter: constitutional monarchy, whether measured economically, culturally or geopolitically, is the best option available to Australia. It ensures that people, not parliamentarians, are empowered.

Our Campaign Chairman, Eric Abetz, is beating down the Vote No Republic warpath. In addition to his national media commitments, Eric last week attended the Conservative Political Action Conference in Sydney.

It’s not all fire and brimstone, though. Our Western Australia Young Monarchist branch was inaugurated last week over hearty foodstuffs and good cheer. And, to celebrate the accession of His Majesty Charles III, we released a new Australian version of ‘God Save the King’ for all to enjoy.

But we take nothing for granted. Whilst we know that covert operations are already underway, it could very well be that concrete, public advances are made towards a republic referendum during Anthony Albanese’s first term of government. Should such occur, the Australian Monarchist League stands ready to defend the Crown, the Constitution and the free Australian people. Our dedicated and authentic patriots are ready to fight for their country – will you join us?

In closing, though, it is only proper that we do sincerely wish Peter FitzSimons AM well as he turns his formidable spirits towards new adventures. Mr FitzSimons, thank you for the robust debate, the belligerent mirth, and the memories. All the best to both you and your family going forward – we know that you will appreciate that those among our rank have already begun that endearing cry:

‘The Pirate is Dead, Long Live the [to be determined]!’

Alexander Voltz is a composer and Spokesperson for the Australian Monarchist League. 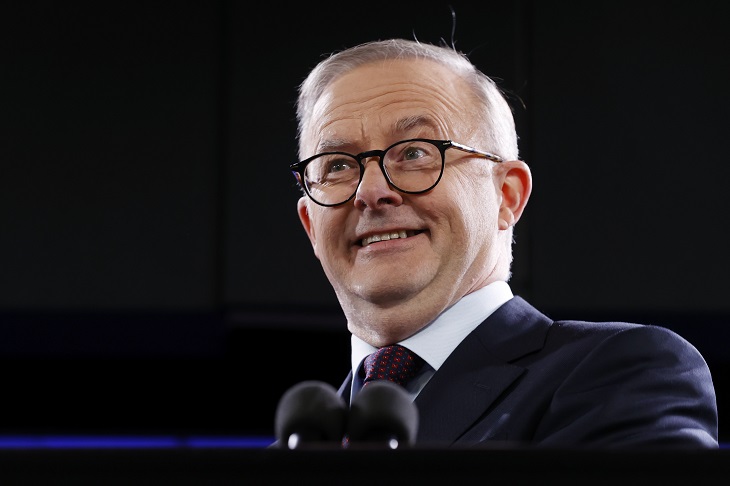 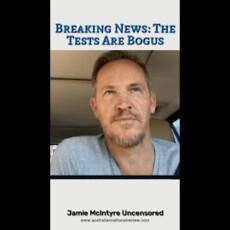 The Australian National Review Decided To Do a Series on Cov 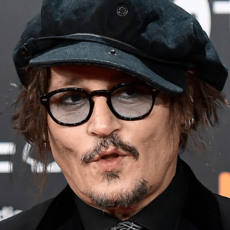 Johnny Depp sounds off on cancel culture: “No one is safe” 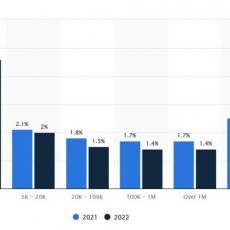 Influencers With 1-5K Followers Enjoy the Highest Engagement Levels in 2022 at 4.6%