A grieving mother from Texas is searching for answers and justice following the sudden death of her 18-year-old daughter who died in her sleep.

On September 8, 18-year-old Kayla Rose Lumpkins went to sleep and never woke up. Her mother, Renee Greer, went to wake her up the next day and discovered she had already passed away.

“She just started college. She was so happy. She went to bed on September 8th. I found her passed away in her bed the next morning. She had been sleeping in the same position she always did,” Renee wrote in a Facebook group.

“I am in complete shock. She was not sick. She acted like her normal self. We are devastated. As most of you know, I lost my Mother December of 2021. I’m still trying to heal from that, but an 18-year-old?!! I feel like my life is over,” Renee wrote in September.

According to Renee, her daughter was physically healthy until she received her booster shot.

“She had two [vaccines]. Then she had a third one for good measure 7 months before [September 8th]. I’m telling you all, she was healthy. With her crazy schedule; choir, theater, drill team, morning practices, rehearsals, football game halftime performances, plays, concerts, excelling in her honor dual credit classes, and everything else she did there was no way she was sick. If she was, she wouldn’t have been able to do that. Still waiting to find out something,” she said.

“There was an autopsy done. We are waiting to find out something. It takes up to 90 days. We’re halfway there,” Renee added.

In a now-deleted post, Renee said that she believed her daughter died due to the experimental mRNA vaccine and vowed to make it her purpose in life to share awareness with everyone.

Below is the excerpt: 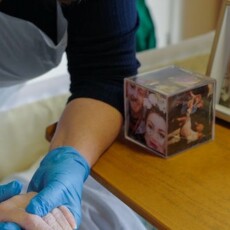 It’s Fine If You’re Not Comfortable Traveling Right Now, But Don’t Browbeat People Who Are

What is a virus?