Tonight, @FLOTUS and I tested positive for COVID-19. We will begin our quarantine and recovery process immediately. We will get through this TOGETHER!

As too many Americans have done this year, @potus & I are quarantining at home after testing positive for COVID-19. We are feeling good & I have postponed all upcoming engagements. Please be sure you are staying safe & we will all get through this together.

Twitter is full of leftists hoping that our President dies. Think about how insane that is. These people are really sick.

Former MSNBC co-host of “The Cycle” publicly announced that he would not pray for Trump or the First Lady’s recovery. A former Hillary Clinton campaign spokesperson also expressed her desire that both Trump and Melania die.

Max Berger, a former Elizabeth Warren campaign staffer joined the growing list of people who claim that Trump “did this to himself” by “inflicting this same misfortune upon millions of others.” Berger even threw in some accusations about Trump being a white supremacist despite the numerous times he has denounced white supremacy.

Trump did this to himself. He inflicted this same misfortune upon millions of others.

He’s a corrupt, white supremacist criminal who’s responsible for more American deaths than 9/11 and the wars in Vietnam, Korea, Iraq and WWI combined.

No one should feel bad for him.

All jokes aside, I hope the President injects himself with bleach.

I hope the virus treats Trump as well as he’s treated everyone his whole life.

Who we should sympathize with is a political question.

Trump has destroyed millions of lives. He deserves none of our sympathy.

Former Obama “health care head” wrote that Trump “must be quarantining because he doesn’t want to pass the hoax on to anyone else.”

He must be quarantining because he doesn’t want to pass the hoax on to anyone else.

A congressional candidate in California joined others in wishing death on POTUS and FLOTUS following their diagnosis.

Former Women’s March leader, who was ousted from her position for making anti-Semitic comments, accused Trump of contracting the virus so he won’t have to debate Democratic Presidential Nominee Joe Biden. 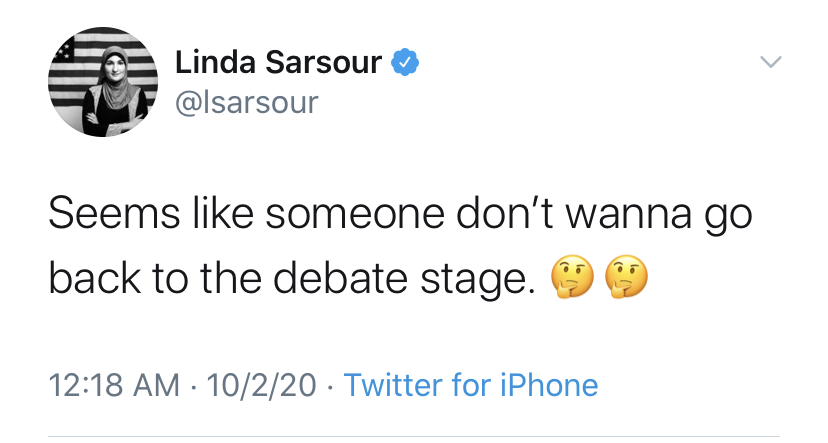 Members of the Lincoln Project, a NeverTrump political action committee, also posted their opinions on Twitter, blaming Trump for the virus and insinuating before Trump announced his diagnosis that “we’ll find out just how close Trump and Hope are, if you know what I mean.”

Yup. Keep booking people like this on TV while screaming about tone and civility. https://t.co/svHRYUQFvi

Others blamed Trump for the virus and publicly expressed that they would not be supporting his recovery. 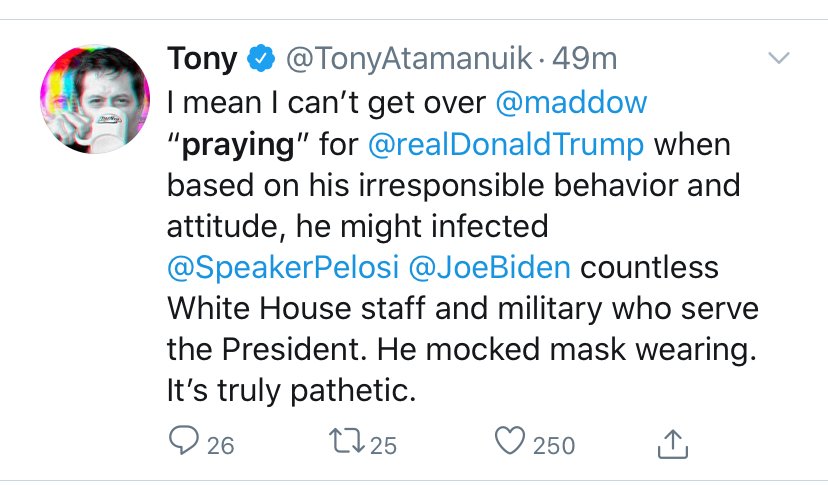 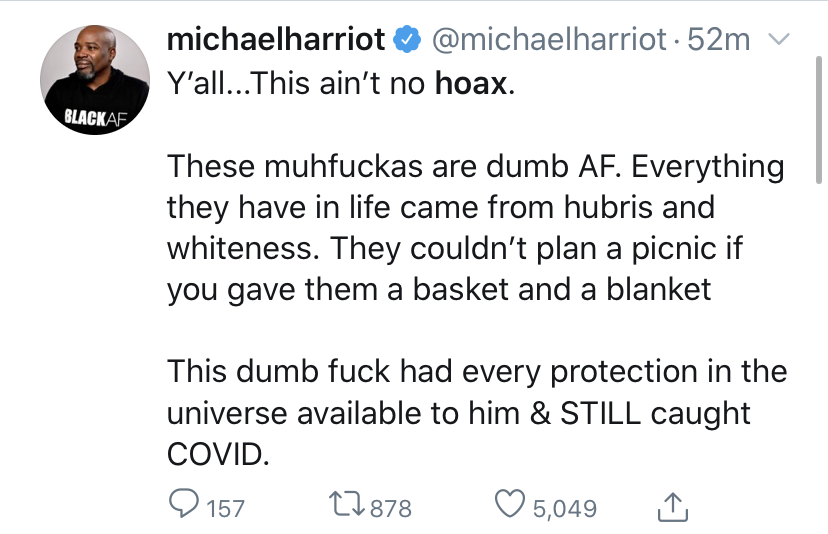 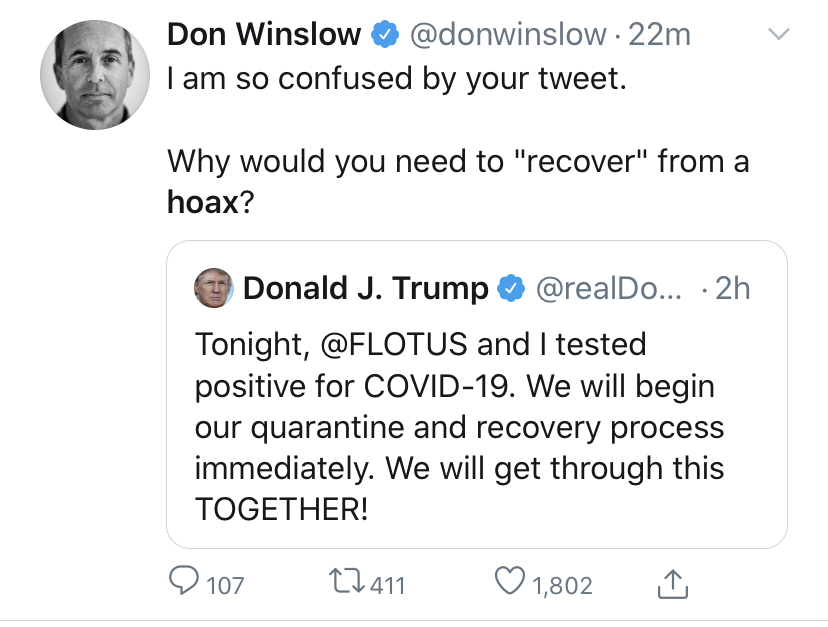