On Saturday, Flagler County dispatchers received a call from a woman saying that her ex-boyfriend, Joseph Bourke, 34, was refusing to let her collect her belongings and was threatening to harm her via text messages and threatened to attempt ‘suicide by cop’ if she called law enforcement.

Deputies, K-9, and SWAT responded to Bourke’s home on 130 Breeze Hill Lane and established a perimeter. Negotiators made contact with Bourke on the phone and attempted to persuade him to come outside, to which Bourke replied, “I ain’t going peacefully.” Throughout the incident, Bourke was tapping on his windows, hanging out windows, and running in and out of his home in an attempt to engage with deputies.

FlaglerLive reported: Bourke’s attitude then allegedly became hostile. “You’ll be sorry for what you’re doing,” he told her, and: “if any of your family comes to my residence, I’ll send them to the hospital.” He also threatened to fight law enforcement if they showed up at his door, and subsequently said he’d take out his gun and fire at them. The alleged victim showed deputies several text messages that included similar statements claiming Bourke would not control his anger–or his threats: “If I don’t find you and put you in the hospital and destroy everything you own, I’m paying your mom house a visits. I made up my mind you want to threaten me with the cops, I’m make you use card.” (The texts are reproduced here as he wrote them; they are not always coherent.) He went on: “we are going to see who wins tonight,” calling the victim a sexist, derogatory name, “Even if somehow the cops do catch before I destroy your life and everybody’s in your life’s life, I’ll only be gone temporarily you cross the line ain’t no coming back from I’, mf mad and I’m in a rage I want you dead you don’t deserve life you deserve breath you don’t deserve love you’re a mf lie deceiving waste of life.”

Bourke was finally, taken into custody when he came outside of his home and was struck with a non-lethal round, immobilizing him. Bourke was then transported to the Sheriff Perry Hall Inmate Detention Facility and charged with Written Threats to Kill and Domestic Battery. He is being held on $15,000.00 bond.

Just two days earlier, On April 15, the Flagler County Sheriff’s Office (FCSO) responded to 1730 Berrybush Street after dispatchers received a call from a neighbor who said they could hear gunshots coming from inside the home.

The FCSO K9, SWAT, and Patrol immediately responded and established a perimeter around the home. Eventually, the SWAT team was able to enter the residence, make contact with the man, and detain him. A search of the house recovered multiple firearms, ammunition and a house that was riddled with bullets from inside the home. When questioned, the man told deputies that he was a military veteran and had “seen enemy in the tree lines” and that he was “ready to go to heaven.”

Based on the circumstances and statements made on the scene, the man was secured under a Baker Act and transported to Halifax Hospital.

Deputies say he was a Vietnam War veteran and was having flashbacks.

“Unfortunately law enforcement has become the default mental health agency due to the lack of funding and resources available,” Sheriff Rick Staly said. “In these dangerous instances our deputies did a great job using their training to safely de-escalate these incidents and resolve them without anyone being injured. I’m very proud of our team and thank them for successfully resolving back-to-back dangerous encounters.”

If you or someone you know is experiencing a mental health crisis, seek help immediately. The National Suicide Prevention Lifeline is available 24-hour by calling 800-273-8255. Locally, Stewart-Marchman Act Crisis Center is available. Their crisis line is 800-539-4228 and is available 24 hours a day. In the event of an emergency, call 9-1-1. 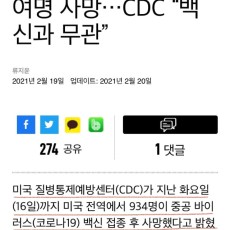 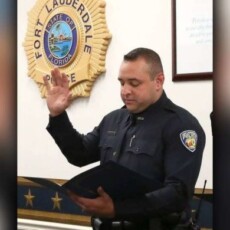 First Lady Melania Trump: ‘We Have Not Forgotten the Incredible People’ Who Sent Donald Trump to White House