Prime Minister Justin Trudeau, who ensured mask mandates remain in place on planes for Canadians, was caught on camera with his entire family disembarking from a private jet having not worn a mask.

Canada remains one of the increasingly diminishing number of western governments that demands face masks be worn on flights, with the United States ditching the rule nearly four months ago.

When a Florida judge struck down U.S. version of the law, Trudeau’s government moved to insist that masks would still be required on Canadian airlines and on flights that depart from or arrive in Canada.

However, that rule doesn’t seem to apply to Trudeau himself.

A video showing Trudeau and his family disembarking from a private jet after it arrived in Costa Rica shows none of those who were onboard wearing a face mask.

CANADA – Trudeau arrives in Costa Rica by private plane and without a mask. The Covid Climate change theatre doesn’t affect the leading actors, just the audience.

One of Trudeau’s daughters even sneezes twice as she is greeted on the tarmac, despite Trudeau insisting that Canadians who have the sniffles should self-isolate.

This isn’t the first time Trudeau’s hypocrisy has caught up with him.

During a photo op aboard an Okanagan, B.C. steam train last month, the Canadian leader “was conspicuously maskless as he shook hands” with other passengers.

Despite the fact that the heritage train was not bound by federal transport regulations, Trudeau still faced criticism for failing to uphold the standards he expects others to meet.

Brand new merch now available! Get it at https://www.pjwshop.com/

In the age of mass Silicon Valley censorship It is crucial that we stay in touch. We need you to sign up for our free newsletter here. Support our sponsor – Turbo Force – a supercharged boost of clean energy without the comedown. Also, we urgently need your financial support here. 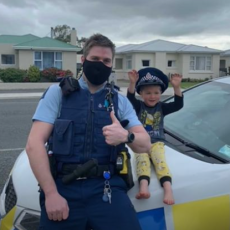 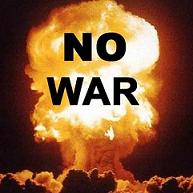 The Forgotten Christmas Truce of 1914. Unlearned Lessons which could have Prevented a Century of War (1914 – 2014)