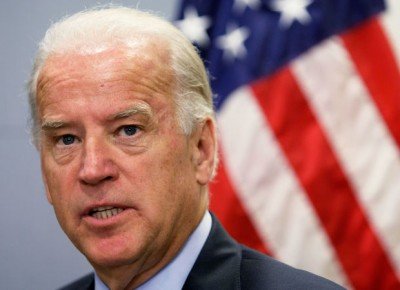 If fodder is needed for the argument that a Deep State is running wild and determined to depose President Donald J. Trump, this will surely help.  In a statement by self-titled “former Republican National Security Officials”, a hand-on-heart allegiance is made to Democratic presidential nominee Joe Biden.  The authors are intent on moving the incumbent out of office, “profoundly concerned about our nation’s security and standing in the world under the leadership of Donald Trump. The President has demonstrated that he is dangerously unfit to serve another term.”

These former security officials, who include former Deputy Secretary of State Richard Armitage and former Director of the Central Intelligence Agency and National Security Agency Gen. Michael Hayden, see Joe Biden as the better horse.  He has “the character, experience and temperament to lead this nation.”  They might have their disagreements with him, but there would be “the time to debate those policy differences”.  In the immediate future, Trump had to be ushered out of office to stop his “assault on our nation’s values and institutions.”

The message is regaled in the language of defending democracy, the very sort of fragile creature such individuals have not been averse to mutilating in the past. But it is also couched in terms of cod psychology.  The term “unfit” is used four times.  This lack of fitness was demonstrated by bad character, corrupt behaviour, the inability to lead “during a national crisis.”

What is particularly galling for the authors is that Trump dared interfere with the National Security Family, offices of the imperium that should run without disruption and melodrama.  This mismanagement, as they term it, involved the dismissal or replacement “often by tweet” of “the secretaries of State, Defense, and Homeland Security, the Attorney General, the Directors of National Intelligence and the FBI, three National Security Advisors, and other senior officials in critical national security positions”.

The signers also take issue with the president’s spread of “misinformation”, the undermining of public health expertise, attacking officials at state and local level “and wallowing in self-pity.”  He had demonstrated greater interest in re-election “than the health of the American people.”

Misinformation is a good point.  Trump has been exceedingly inventive to the point of fiction in coping with the COVID-19 pandemic.  He takes of the root of conspiracy.  But it is also worth noting that many of these former security officials who take issue with him were not averse to getting on the well-laden wagon of misinformation when it came to launching a war against Iraq in 2003.  The administration of George W. Bush was stacked high with true believers allergic to the findings of UN weapons inspectors.  Then Secretary of State Colin Powell, who put in an appearance at the Democratic National Convention just passed, gave a show of supreme mendacity on February 5, 2003 before the United Nations.  “What we’re giving you are facts and conclusions based on solid intelligence.”  What was solid was the premature adjudication of the matter: Saddam Hussein had to go, and fictional weapons of mass destruction would do nicely as a pretext.

The result was the commission of what is loftily described as the “supreme international crime”: the crime against peace or what is sometimes, if awkwardly termed, a “war of aggression”.  In 2005, criminologists Ronald Kramer, Raymond Michalowski and Dawn Rothe gazed forlornly at the US-led invasion of Iraq and concluded that it, and the subsequent occupation, violated international law.  State crimes had been committed and “state officials responsible for the violations of law pursuant to the invasion and occupation of Iraq are guilty of war crimes.”

The signatories of this pro-Biden note also have their noses out of joint at Trump’s compromising of the Department of Justice, his libelling of federal judges, and those who “sought to uphold the law.”  He insulated himself from accountability, fired officials who commenced investigations or testified against him, threatened whistleblowers, promised pardons for silence “and blocked prison time for a political crony convicted of lying on his behalf.”

Smelly stuff indeed, till you consider what took place in the Republic after September 11, 2001.  During those dark years under GWB, the rule of law was given a right royal thrashing, and was barely able to walk after that.  Warrantless surveillance of US citizens was conducted with the specific purpose of avoiding the law altogether.  Torture was modish, given a shining light as a preferred method of military interrogation; inventive apologias and seedy justifications could be found through the DOJ for it use.  The “Bush Six” – Alberto Gonzales, David Addington, William Haynes, John Yoo, Jay Bybee and Douglas Feith – rode high on stallions of bare legality.  The Central Intelligence Agency got bold and ugly with its Rendition Program.  Guantanamo Bay became code for human rights violations and legal purgatory.

In 2005, Human Rights Watch suggested that the then Defense Secretary Donald Rumsfeld, CIA Director George Tenet and Lt. Gen. Ricardo Sanchez, formerly the chief US commander in Iraq and Gen. Geoffrey Miller, former commander of the US military detention facility at Guantanamo Bay, Cuba, be investigated for allegations of torture.  In 2011, HRW released a further report arguing for “a broad criminal investigation into alleged crimes committed in connection with the torture and ill-treatment of detainees, the CIA detention program, and the rendition of detainees to torture.” To date, these dark retainers of executive power remain free to go about their business and whitewash a sullied era.  The Obama administration ensured that no prosecutions would take place.

The vocal, boisterous defenders of a cause are bound to be those who have, along the way, fiddled and forfeited it.  Be wary, claimed E. M. Forster in “What I Believe”, of the cohorts overly keen on causes.  “I hate the idea of causes, and if I had to choose between betraying my country and betraying my friend I hope I would have the guts to betray my country.”  Trump has done his immodest bit to ransack an already soiled office.  The precedent of a burgeoning imperial presidency, indifferent to caution and legality, eager to bloody the noses of adversaries, spy on citizens and evade the rule of law, was already there to emulate. 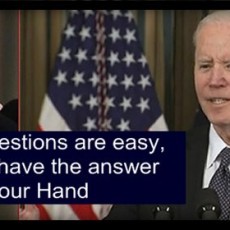