Hurricane Sally moved over the coast near Mobile Alabama as a category two storm and continues to slowly move inland today.  According to the National Hurricane Center the storm still holds strong hurricane force winds around 80mph as it brings massive rainfall into the region.   Severe flooding is the primary concern as Sally moves inland.

Sally remains a very dangerous storm as she travels NE through Florida, Alabama and into Georgia.  Widespread power outages are a predictable concern across the region. 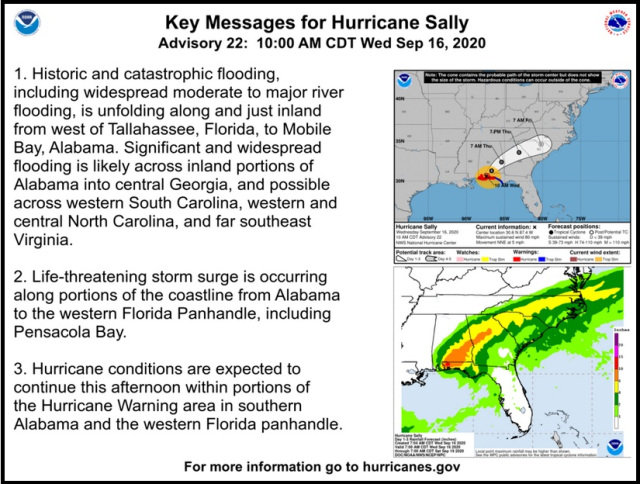 On the forecast track, the center of Sally will move across the extreme western Florida panhandle and southeastern Alabama through early Thursday, move over central Georgia on Thursday, and move over South Carolina Thursday night.

Maximum sustained winds have decreased to near 80 mph (130 km/h) with higher gusts. Additional weakening is expected as the center moves farther inland this afternoon and tonight, and Sally is forecast to become a tropical depression by Thursday morning. 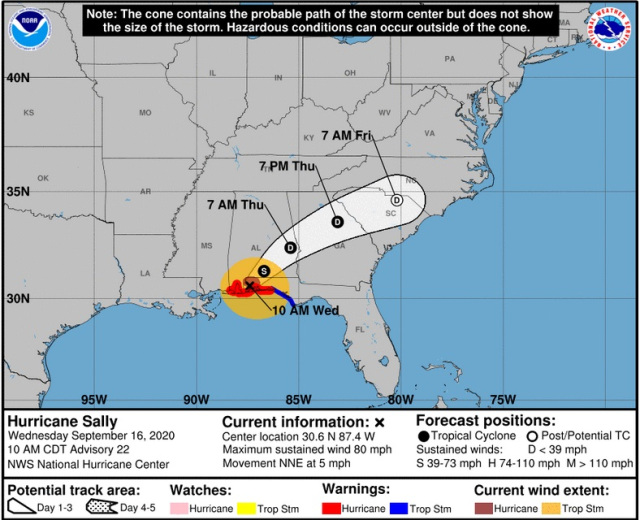 Merchants of death: 3,300,000 of us dead so far for the sake of corporate profit

Biden Condemns Antisemitism While Ignoring Democrats Who Support It

Where are all the Covid patients!