If you happen to be someone who is still going around and representing Covaids as a tangible viral ailment that requires the continuance of this unprecedented, freedom-shattering imposition of will from government bureaucracies around the world, then you are NOT functioning with the discernment level of an adult and should be wildly ashamed of yourself. I mean seriously, influenza has been magically eradicated and replaced with this shit and you are all actually buying it like a pack of retards. Clean it up.

Last night during a very contentious and uncomfortable dinner with my sister and parents, I asked them if they could name one ingredient in the vaccine. Just one. This was as I played jeopardy music in my head. Knowing I would not get any kind of response, I promptly ended the music and said, “so you all put God-knows-what into your body without question, but I’m the one who makes bad decisions?“. Libtardation and shrieking ensued as I hit the mute button in my head and smirked and ate my food. I’m pretty sure my entire immediate and extended family are all Non-Player-Characters that have been assigned to me. A few of cousins and brother might be legit humans, but I’m skeptical of everyone at this point. Lol. Waking up FULLY is not for everyone.

Published on November 17, 2021 By Makia Freeman

The scamdemic is highly akin to a ritual; those under the spell have fallen into delusion, mass hypnosis and initiation into the COVID Cult.

can be inculcated into entire populations, around the world. We are now 20 months into “2 weeks to flatten the curve” and there are still many people hopelessly lost in the official narrative. The NWO (New World Order) controllers know that narrative is everything. To control the information and to control the way people interpret that information is the absolute power to control perception. Why do you think Bond villain and WEF head Klaus Schwab just held another WEF (World Economic Forum) event on introducing The Great Narrative? A really effective narrative has a hypnotizing effect. This article will take a deeper look at how the official COVID narrative has been able to induce people into a state of fear, disempowerment, compliance, obedience and mass hypnosis – and how it continues to do so – in a manner identical to the brainwashing propaganda of a cult.

Look around you. Do you see many people, including family, friends and colleagues, who are still buying into the official narrative – even at this stage in the game when there has been so much information to destroy it? Even when Big Pharma have admitted the vaccine was never designed to stop transmission? Even when recent statistics from VAERS (as of November 12th 2021) show 875,653 adverse events following COVID vaccines and 18,461 COVID vaccine deaths? We need to recall that the 2010 Harvard Pilgrim Health Care study concluded that under 1% of vaccine adverse events or side effects are ever reported; going by that, that would mean 87 million COVID vaccine injuries and 1.8 million COVID vaccine deaths in the USA – a nation of 330 million (over 1/4 of the country injured). Mass murder is certainly no exaggeration.

In this interview on The Pandemic Podcast, Mattias Desmet, a professor of clinical psychology at the Belgian University of Ghent, explains the psychological reason why so many still buy into the narrative. He outlines 4 conditions that need to be present that allow people to fall for an absurd official narrative, become hypnotized and fall into what he calls mass formation. Mass formation (also known as mass psychology, mob psychology or crowd psychology) studies how human behavior is influenced by large groups of people. This brief description gives an overview of it. Gustave Le Bon, Sigmund Freud, Leon Festinger and Philip Zimbardo have all contributed to the understanding of this concept. Essentially, when people become part of a crowd, they deindividuate. There is a tendency for people to give away their personal identity, self-responsibility, self-awareness, guilt, empathy and other individual morality-related attitudes and behaviors. A mob mentality can take over.

When you have a society where there is already a lot of general anxiety, and where people are uprooted psychologically and spiritually because they are disconnected from their essence and their purpose (and from other humans too), they are ripe for exploitation. The NWO controllers melded together this free-floating anxiety with the fear of the virus (fear of disease/death). I encourage all readers to familiarize themselves with the NWO blueprint which was revealed in 1969 by Dr. Richard Day. It talks about how the world would be socially engineered so that everything would be chaotic and in a constant state of flux, and people would be encouraged to move away from their hometowns and families, so that people would be more disconnected from each other and feel less grounded.

Desmet describes how such people with these 4 conditions develop a very small field of attention, both mentally and emotionally, and seem unable to expand it even when faced with the facts. He gives examples from historical totalitarian regimes, saying that usually only around 30% of the population becomes hypnotized. Another 40% is not hypnotized but is cowardly, too afraid to speak up. This is why people must continue to speak out now during the COVID scamdemic. Historically, once the opposition is silenced or destroyed, the dictator becomes even more monstrous, metaphorically devouring his own children (killing his own people/supporters) as Hitler and Stalin both did.

Mass hypnosis isn’t even the final destination. It can go even further into mass psychosis, where an entire population becomes infected with madness and loses its ability to think clearly and rationally. Sound familiar? This After Skool/Academy of Ideas video does a great job of explaining mass psychosis – an epidemic of madness that occurs when a large portion of society loses touch with reality and descends into delusions. With anxiety already present in large amounts in the population, the foundations were already there to generate a pandemic of compliance – for that is what Operation Coronavirus really is, a pandemic of compliance. With decades or even centuries of relentless propaganda, the general population was a fertile ground for seeds of collectivism and authoritarianism to be sown and grown.

How many people do you know are stuck inside the COVID Cult, trapped in fear, giving away their power and worshipping the official narrative?

The Corona-Initiation Ritual and the COVID Cult

Beyond mass hypnosis and mass psychosis, we can even take this analysis one step further – into the subconscious realms and into the occult. The mass psychosis video touches briefly on how people can more effectively be brought under the heel of totalitarianism by isolation. This is something I highlighted in a July 2020 article entitled Exposing the Occult Corona-Initiation Ritual where I outlined how the lockdowns, quarantines, masks, social distancing and other COVID restrictions mimicked the exact elements of a ritual. In a later article entitled The COVID Cult and the 10 Stages of Genocide, I suggested that we are actually dealing with the phenomenon of a cult – the COVID Cult.

Then, after the acute phase of the crisis has passed, the hypnosis remains. People (who lacked meaning before the formation of the cult) find a new meaning by bonding together over the (false) details of the narrative, e.g. “we’re all in this together” so we can “build back better.”

Final Thoughts: Implications of the Mass Hypnosis/Psychosis for Those Outside the Cult

The entire COVID scamdemic has been a giant occult ritual. This is because the forces that run the world are steeped in black magic, seeking to shape the world after themselves. People participate in rituals to show they belong to the group. The more absurd the ritual is, the better it functions as a ritual – it becomes unique to that group. Anyone under the ritualistic spell may accurately be said to be a member of the COVID Cult. This explains the astonishing ease with which people forgot their self-respect, their common sense, their innate immune systems and their unalienable, sovereign, inherent, god-given human rights … and threw them all in the gutter over a supposed “emergency.” What else could explain it?

So what are the implications of all this for those who outside the cult who maintained their sanity? Well, we have to treat those in the COVID cult as under a spell of delusion, trauma and mind control. We have to figure out the best ways to deprogram them. Meanwhile, we must remain grounded in our own sanity and inherent rights as the NWO controllers try to turn the pressure up on those around the world who are outside the cult.

Makia Freeman is the editor of alternative media / independent news site The Freedom Articles, author of the book Cancer: The Lies, the Truth and the Solutions and senior researcher at ToolsForFreedom.com. Makia is on Steemit and Odysee/LBRY. 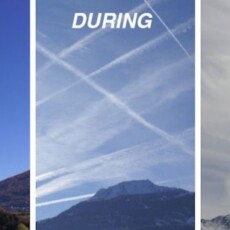 Chemtrails, Climate Change Hoaxers, Morgellons & the Nanotech Hivemind | A PILOT ACCIDENTALLY RELEASES THE CHEMTRAIL WHILE STILL AT THE AIRPORT. 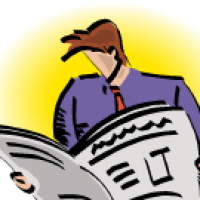