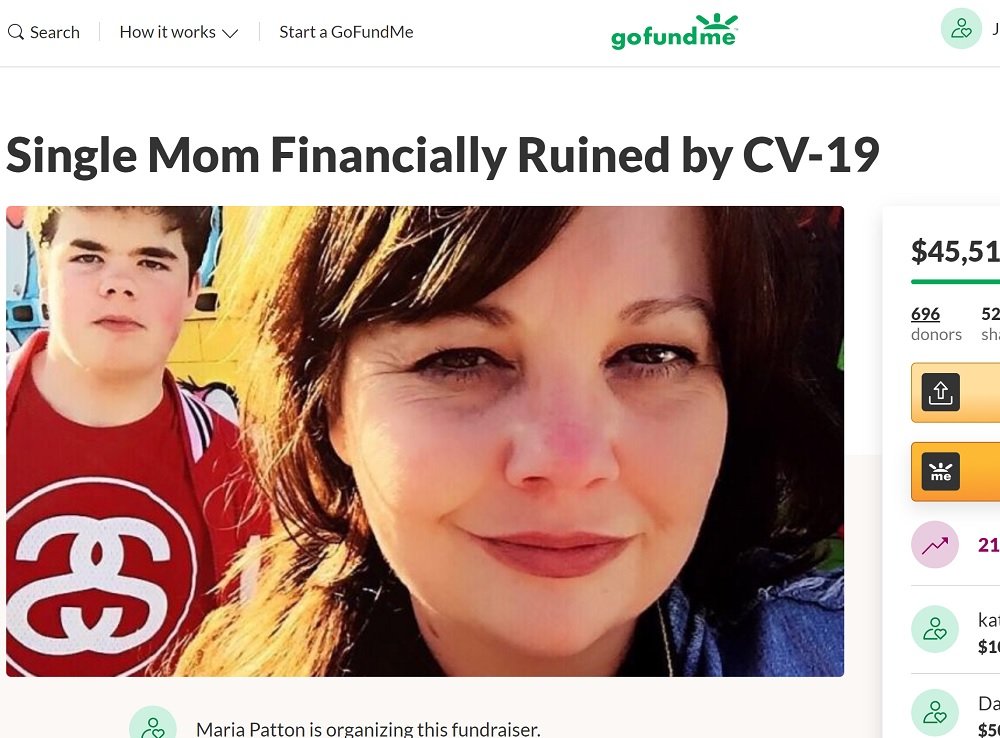 While 2020 was filled with unexpected and unprecedented events, Maria Patton, a single mother who was financially caught off guard after she lost her job during the pandemic, finally received a good surprise. For the last nine months, Patton struggled to cover basic expenses, frantically prioritizing which bills should be paid every month.

“It’s a constant juggle of creditors and people that I owe money to try to keep my phone turned on and pay my car payment. I’ve already lost my insurance and I have to reinstate that too,” she told The Federalist.

After she lost her job when the California government shut almost everything down, Patton moved from Los Angeles to Tennessee with the hopes of finding work, help, and a way to manage her steady trickle of bills. Instead, Patton found herself living out of her car, staying awake every night to run the heater in 19-degree weather so her teenage son, Aaron Reed, could sleep.

“When you sleep in your car, you’re vulnerable, so you don’t actually sleep,” Patton said.

While Patton had previously received money from the government through Pandemic Unemployment Resistance and the Cares Act, the aid eventually expired and she was left with nothing but debt and dampening hopes.

When the Wall Street Journal asked to feature her and her son in a story about the effects of the pandemic and government shutdowns on families, she agreed, hoping that her story might bring awareness to how many people were suffering not from the virus, but from a damaging economic shutdown and a sudden lack of finances.

“I think the biggest thing is that people need to know is that this kind of thing is happening,” she explained. “Families and other people are experiencing sudden homelessness.”

Shortly following the publication of the story detailing Patton’s quest to stay afloat, however, support and sympathy for her little family grew.

Patton’s GoFundMe, which started with the goal of $4,000 to cover costs such as her car payment, a move for a new nannying job in Colorado, and to have a warm, safe place to sleep at night, began to skyrocket, with hundreds of people financially contributing to help her out.

“We all need to help each other. Godspeed. On to a better New Year,” one donor wrote.

“I read the article in the WSJ and my heart just broke. Even though times are tough for many of us, there’s always someone worse off and in need of people to give a damn. Praying that things work out for you and your son,” another donor posted.

As of Thursday, more than 600 people from all around the world, including Hong Kong and Germany, had donated to Patton and her son, totaling more than $44,000. This generosity, she said, that was unexpected and unmatched by expiring, difficult government aid programs.

“I’m overwhelmed by the kindness of people that I don’t even know,” Patton said, noting that “I’ve been isolated from people for a while now because of my situation, but I’m overwhelmed, humbled, and amazed.”

“Our government has their priorities all wrong,” Patton said. “Instead, people are helping each other get through this.”

The sudden influx of money, Patton said, not only showed her the kindness of strangers but also gave her immense and widespread relief.

Not only does Patton now have the money to relocate for her new job, but she will also be able to eliminate some of the debt she has accumulated over the last few months, and receive important dental care that she delayed to pay other bills. Patton and Reed will also finally be able to have a warm, safe place to come home to at night.

“I don’t want to be homeless again,” she explained. “We don’t have any expectations, we’re just going to do the best we can.”

While she was living out her car, Patton said her teen struggled to come to terms with their situation and suffered from a decline in mental health and opportunities.

“It was a real struggle for him not being able to control the emotions of anger and stuff like that because of our situation,” she said. “He’s lost a lot and doesn’t have a normal teenager’s life where kids don’t have to worry about where they’re going to sleep at night. That breaks my heart.”

With the donations from her fund, a new job, and a place to settle down, however, Patton is hopeful that she can also give her son a better, more stable future.

“He wants to go to junior college and hopes to start school in the fall, and I’m wanting to be able to do that and not have to worry about anything,” Patton explained. “We are looking forward to a new start.”

“I hope that one day, I’m in a position to be able to pay it forward to somebody in need,” she added. 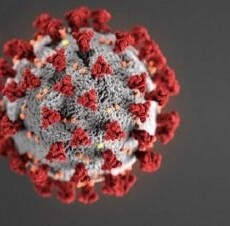 90 Health/Science Institutions Globally All Failed to Cite Even 1 Record of “SARS-COV-2” Purification, by Anyone, Anywhere, Ever 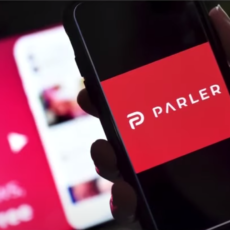 Parler CEO Condemns Big Tech Tyrants: ‘When Somebody Does Evil, You Don’t Let Them Get Away With It’

Right to Know: A Historical Guide to the Freedom of Information Act (FOIA)