ER Editor: With reference to the excellent short film Died Suddenly, which seems to be waking a lot of people up, readers may be interested in these 2 short, recent Stew Peters‘ interviews with Dr. Paul Alexander and Steve Kirsch, who appears in the film.

A warning about the excellent article below: it’s a bit technical at the outset, but stick with it.

THIS IS A STUNNING INDICTMENT OF mRNA TECHNOLOGY.

Elon Musk’s new Twitter platform is hosting DiedSuddenly, a full-length movie about the intravascular growths first reported by the courageous John O’Looney, a funeral director in the UK, and covered by Patricia Harrity in the Expose on 2022January28.

So in return, it is my pleasure to answer the $64 billion question:

What is causing the rubbery blood clots that so many embalmers are now finding in young and middle-aged people who died suddenly?

By a concerned reader

Having watched the entire movie, which although a bit gory is a most revealing and explicit testament to the damage vaccines do to the human body, I was able to put the following jigsaw together. Here are the 2 pieces of the puzzle.

1. mRNA vaccines comprise the computer-generated spike protein RNA of the computer-generated virus but with the Uracil base replaced by N1 Methyl Pseudouridine (m1Ψ where the m stands for Methyl, the 1 stand for N1 and the Ψ for pseudo-uridine), or fake Uracil. This indeed is the meaning of MODIFIED RNA. The RNA is modified by replacing Uracil with fake Uracil. Therefore a more appropriate name would be fRNA vaccines, FAKE RNA vaccines

I covered this in the Expose on 2022January12 in an article entitled – How the Covid-19 Vaccinated became genetically modified humans. In the section headed: The incalculable danger of immune system evading genetically modified fake RNA vaccines. I explained that regular uracil is recognised as genetic material by cell security and is degraded within a few minutes. Whereas fake Uracil is not recognised as genetic material by the immune system and therefore is not broken down and lasts for months, continually instructing your cell ribosomes to make more and more spike proteins, way beyond what would be needed for vaccination purposes.

Regular messenger RNA is essentially an email between your cell nucleus (which contains your DNA) and your cell ribosomes (which make your cell proteins). The email generally says: Please make this many protein chains and fold them up like this. After the message has been physically relayed from the cell nucleus to the ribosome by the messenger RNA, the RNA is then deleted like any email. It is thrown into the trash can.

But modified RNA, mRNA, the type used in the vaccines of Pfizer and Moderna, fRNA, fake RNA, cannot be deleted. It cannot be thrown into the trash by the cell, because it is a stealth email. It communicates with the ribosome, but is invisible to cell security. Such a thing might be quite useful in the IT world actually.

So the email just continues to instruct and reinstruct and reinstruct the cell ribosomes to make more and more spike proteins. That is bad enough. But the real problem arises when the fRNA does begin to break down a few months (rather than minutes) after cell infection. Because then the cell has all this fake Uracil lying around.

I was really worried that this fake base might then find its way into other normal cell processes and start making other cell emails invisible to cell security and therefore unstoppable as well. This would manifest itself in the cell churning out a whole load of proteins that it did not need. Whenever the cell nucleus (head office) asked the ribosomes (protein factories) to make a few copies of a protein, the ribosomes would just keep churning out more and more of that protein indefinitely.

2. Looking at the rubber clots, the movie DiedSuddenly showed that they were elastic and looked and felt and behaved very much like vascular walls. They are of course found within veins and arteries. Some of the rubbery growths were almost as long as the veins in which they were found.

So let’s put this 2 piece jigsaw together, shall we?

What happens if emails between their head offices and production lines cannot be deleted because they are made from fake Uracil rather than true Uracil? Well, they make far too much vascular wall protein and far too many vascular wall cells.

What will the cell do with unwanted excess vascular wall protein overproduction? Evict it into the bloodstream.

The body has to make some vascular wall cells to repair and replace old and damaged cells. When it tries to do that, it sends an instruction to start production to the cell ribosomes. Its mechanism for stopping production is to delete that instruction, to delete the messenger RNA email. But that mechanism does not work with modified messenger RNA, with fake messenger RNA, which cannot be deleted. So you just go on building more and more blood vessels within your blood vessels. It is rather like having a kind of vascular overproduction cancer.

What fRNA does is it turns the repair and replacement workshop of your vascular system into a huge construction site, rebuilding your entire vascular system within the one you already have.

This was my worst nightmare when I first considered the effect that Pseudouridine might have after having listened to Senator Ron Johnson’s Vaccine symposium in Washington..

Ken’s Corner: The American Dream … a Nightmare for Fools 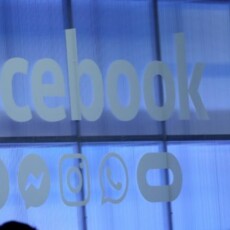 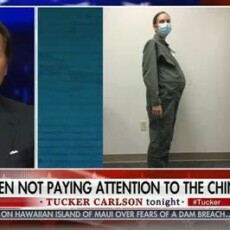