PALM BEACH COUNTY, Fla. (PBCSO) – Shortly before 6:30 am Saturday, deputies responded to a welfare check in the 22000 block of Larkspur Trail in unincorporated Boca Raton. Upon arrival, deputies heard a female victim screaming for help. Deputies made forced entry into the residence and located a female victim who was being held against her will at knife point by an adult male suspect. The suspect refused commands to drop the knife, fearing for the safety of the victim, a PBSO deputy discharged his department assigned firearm striking the suspect once in the head.

The suspect has been identified as zvi Allswang. Allswang is still in the hospital in stable condition and expected to survive his injuries related to the Deputy Involved Shooting. Once Allswang is released from medical care he is facing numerous felony charges related to this incident.

The PBSO deputy involved in the shooting is currently on paid administrative leave which is standard department protocol. 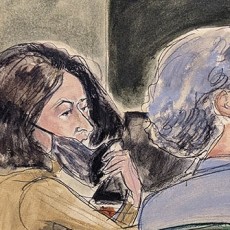 HEADS UP! Select Beers Pulled From Some Store Shelves After Reports of ‘Mystery Liquid’ Pouring From Cans