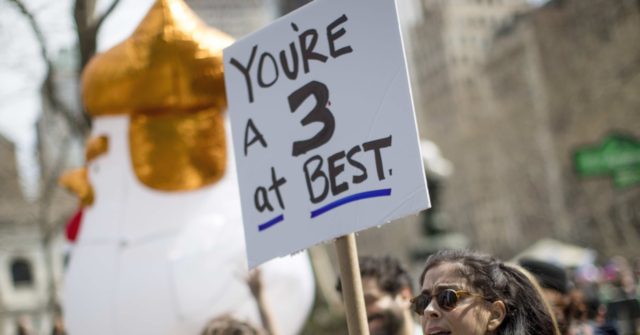 Hollywood celebrities reacted in outrage and alarm at the New York Times‘ exposé Sunday, in which the Times reported that it had obtained President Donald Trump’s tax returns going back over two decades.

In recent years, the Times noted, President Trump had paid little to no taxes, thanks to recording heavy business losses.

The Times also noted that there was no evidence of any unknown financial links to Russia; that nothing in the tax returns showed illicit payments to former lawyer Michael Cohen; and that Trump was, as he had long claimed, been under a lengthy audit from the Internal Revenue Service (IRS).

“Trump paid $750 in federal income tax the year he won the presidency. In his first year in the White House, he paid another $750. He had paid NO INCOME TAXES at all in 10 of the previous 15 years.”

You read that right. None. Zero. https://t.co/mRsy6AhRRT

#Trump is a LYING CHEAT. He’s been stealing money out of America’s pockets for DECADES! He paid $750 the year he became PRESIDENT!#TrumpTaxReturns #DonTheCon #TrumpTaxCheat. https://t.co/XDGuqy1CSZ

He’s killed us. He’s lied to us. He’s stolen from us. He needs to go. https://t.co/owvaMRCMKi

Either he’s broke or he’s been lying to the IRS. Or, probably, both.

I think pretty much all of us have. Except for Trump who has grifted his way through life. I wonder what all the people who kept saying, “He is a great business man and that’s why he would be a great president!”, will say now? https://t.co/N97ONPquMV

This motherfucker is a goddamn crook who steals from you and you thank him for it. GET OFF FACEBOOK and read actual accountable, fact-checked actual news.
Jesus H…

No surprise that the person currently occupying the White House doesn’t pay taxes.

I do. So do you. And so does Joe! #JoePaysHisTaxes

When I was 23 years old and starting out with less than 30,000 dollars to my name, I paid more than the President of the United a states (who is a self proclaimed Billionaire) has paid in the past four years combined.

But he did you a solid by using some of those tax dollars to filter into his private business! What a guy!! 😃 a real man of the people! https://t.co/ChKtxqsbnd

“@realDonaldTrump paid $750 in federal income taxes the year he won the presidency. In his first year in the White House, he paid another $750.

He had paid no income taxes at all in 10 of the previous 15 years — largely because he reported losing much more money than he made.” https://t.co/aPdLytu39D

A clown living on credit. https://t.co/3xGxMTMayQ

He’s such a scumbag. https://t.co/IzzTeyFzFw

In April 2017, the New Republic ran an article titled “How Trump’s Tax Returns Became a Liberal Fantasy.” In it, author Moira Donegan noted:

Trump’s refusal to release his tax returns has been fuel for all manner of complaints from the left. Sober ethics concerns run alongside wild conspiracy theories.

But the problem with using the tax returns as a symbol for all of Trump’s corruption is that the returns themselves may be less than earth shattering. This is, at least, what seems to be suggested by the scattered documents that have been made public thus far.

Donegan noted that Silverman had spoken at a rally in New York demanding Trump release his taxes, alongside an inflatable chicken. 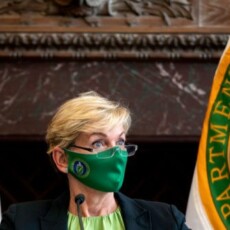 Energy Secretary Jennifer Granholm on Colonial Pipeline Crisis: If You Drove an Electric Car, ‘This Would Not Be Affecting You’

ABSOLUTELY BRUTAL — The skateboard felon is Joe Crowshoe, a student at University of Colorado…