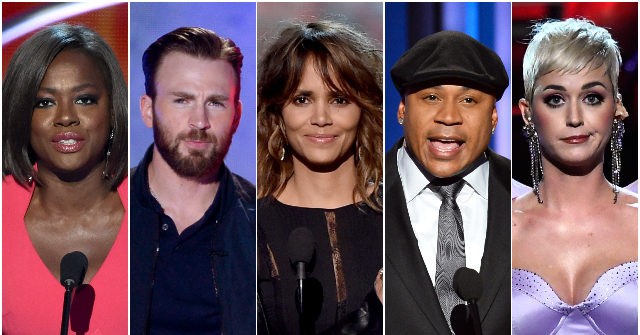 Hollywood stars broke out in celebration Tuesday after the jury in the Derek Chauvin trial in Minnesota announced guilty verdicts for the former police officer on charges of second and third-degree murders as well as manslaughter.

While Chauvin’s attorneys are expected to appeal the verdicts, celebrities took the announcement as an incontestable sign that justice had been served in the death of George Floyd.

“Guilty. Chalk one up for justice,” actor Jeffrey Wright tweeted.

Other stars used the verdict as an opportunity to mock Chauvin and cheer his presumed fate behind bars.

Much of Minnesota was on edge Tuesday as the state anticipated more protests and potential violence no matter what the verdict was. Democrat leaders have stoked racial unrest in the days leading up to the announcement, with Rep. Maxine Waters (D-CA) demanding protest mobs become “more confrontational” if Chauvin were acquitted.

Hollywood elites eagerly piled on Tuesday to publicly express their joy over the verdict.

Captain America‘s Chris Evans tweeted that justice had been served.

Prayers up to the family.
Gratitude to the activists on the ground who have put everything into moving the needle more and more toward progress.#chauvinverdict

Michael Moore cheered: “Yes!! In handcuffs!” He also called for “an end to white supremacy and white privilege.”

YES!!
In handcuffs!
Now on to the work!.
All of us demand an end to white supremacy and white privilege.
How many innocent black and brown ppl are in prison? Free them all! Arrest all police who break the law. Remove all racist cops. End policing as we know it. It doesn’t work.

Oscar-winner Viola Davis said the guilty verdict is “as it should be!!” Fellow Oscar-winner Lupita Nyong’o tweeted, “Relief.”

GUILTY!!!! As it should be!! Now….Rest In Peace George Floyd. Rest. You and your family have been vindicated. ❤❤👊🏿 #SayHisName
🎨@4NIKKOLAS pic.twitter.com/DgVFG7UVPF

Actress-singer Barbra Streisand said “The citizens on the Minnesota jury deserve heartfelt thanks for weighing the overwhelming evidence and pronouncing Derek Chauvin guilty on all three counts.”

The citizens on the Minnesota jury deserve heartfelt thanks for weighing the overwhelming evidence and pronouncing Derek Chauvin guilty on all three counts. And a big thanks to the courageous young girl who stopped to videotape the horrible act.

Comedian Chelsea Handler declared that 4/20 could now be a “day we celebrate in America.”

Maybe 4/20 can now be the day we celebrate America standing up and saying no to police brutality, affirming that you will go to jail when you murder innocent people no matter what uniform you wear. #DerekChauvinTrial

Thank you God! Thank you jurors. Thank you witnesses for the prosecution. Love to the Floyd family.

Rob Reiner declared the “arc of the Moral Universe has bent toward Justice.”

The arc of the Moral Universe has bent towards Justice.

Songwriter Diane Warren called Chauvin a “bitch” and wished him “fun in prison.”

Bye bitch have fun in prison!!

Alyssa Milano declared that George Floyd has “changed the world.”

FOUND GUILTY ON ALL THREE CHARGES.

Rest In Peace, George Floyd. You have changed the world. #verdict

This verdict is just the first step in a long line of injustice against the Black community, often with no consequences. The work is not nearly done. While there are many more families waiting for justice, my heart is with George Floyd’s family right now. #PoliceReformNOW @NAACP

Pop superstars Mariah Carey and Katy Perry also weighed in on the verdict. Carey called it a “small grain of hope” while Perry tweeted, “rest in Justice George Floyd.”

A beginning.. a small grain of hope for our future.

Scandal actress Kerry Washington tweeted ominously: “This fight got justice is not over.” Her producer Shona Rhimes tweeted, “This verdict does not bring back Mr. Floyd. But justice is truth.”

A guilty #verdict. But this fight for justice is not over. We have a lot of work to do. There is more fight ahead of us. But RIGHT NOW please take CARE of yourself. And let’s take care of each other. Prayers and love to the family of #GeorgeFloyd.

This verdict does not bring back Mr Floyd. But justice is truth.

The Hangover star Ed Helms claimed, “Justice is a step forward on the difficult road of healing.”

Justice is a step forward on the difficult road of healing. Sending love to the Floyd family and the great city of Minneapolis.

Seinfeld star Jason Alexander expressed his gratitude to the jury.

Actor Jeffrey Wright tweeted, “Chalk one up for justice.”

Guilty. Chalk one up for justice.

guilty on all counts – #ChauvinIsGuilty #thankGOD

Full Frontal with Samantha Bee tweeted that the verdict is “a beginning” but “will never be enough.”

George Floyd’s murder was another horrific reminder of our country’s broken law enforcement system and the damage it has inflicted on the Black community. Today’s verdict, though a beginning, will never be enough, but we hope his family can find peace. #BlackLivesMatter

Comedian-actor Rob Delaney, who stars in Amazon’s Catastrophe, used the verdict as an opportunity to call for the abolishment of the police.

American police forces were established to catch runaway slaves and protect capital. Killing George Floyd fit right the fuck in with those directives. Abolish the police.

Actress-director Elizabeth Banks tweeted her personal thanks to the jurors in the case.

Thank you to the jurors. #ChauvinIsGuilty 🇺🇸

Rosie Perez said she had “mixed emotions” but added “Today was a victory.”

Indeed. Mixed emotions.
Elation. Sadness. Joy. Bittersweet disbelief.
It’s all so tragic. It won’t bring him back. So many things still need to change. And yet… Today was a victory.
Staying with that for now.
#ChauvinIsGuilty #JusticeForGeorgeFloydDelivered https://t.co/xLnoKs6pSz

And this isn’t even a celebration. #GeorgeFloyd was still murdered before our eyes. He’s gone. His family will never be made whole.

And how many #DerekChauvin’s are there in the world & on the police force. There’s more than ONE bad apple.

But this enough for this moment. ❤️

Other stars who weighed in on the verdict include Bette Midler, Susan Sarandon, Amber Tamblyn, Richard Marx, Adam Goldberg, Ethan Embry, and many more.

Guilty on all charges.

The murderer was found guilty of murder. 👏🏻👏🏻👏🏻

Do not pass home. Go directly to jail.

Today is a day we will all remember.
Prayers for George Floyd and his family. https://t.co/YYvvupqUXg

#JusticeForGeorgeFloyd
Guilty on all charges!🙏🏾

High Levels of Toxic ‘Forever Chemicals’ Found in More Than Half of Cosmetics Sold in U.S. 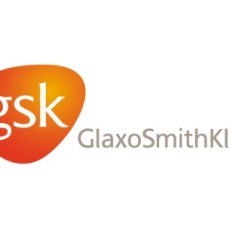