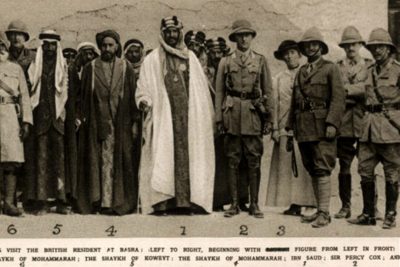 Recognizing the contentious nature of the subject, this two-part article relies only on official treatises, pacts and primary sourced evidence to compile a historically accurate account of the founding of Saudi Arabia and Al Saud family becoming ‘Royals’.

Growing up Muslim in a Muslim majority country, I spent most Friday afternoons at a mosque, attending the Jummah prayer. First part of a Jummah prayer calls for the Imam to perform a Khutbah – a weekly sermon of sorts. It was in one of those Khutbahs that I, as a very young boy, learnt about the plight of the Palestinians for the first time.

However, what escapes awareness in almost all Muslims is the connection between Israel and Saudi Arabia. While zealously castigating Israel for its atrocities, Muslims often revere Saudi Arabia as the custodians of Islam’s holiest sites; completely ignoring the Kingdom’s role in founding the Zionist state in the first place.

Notwithstanding the existence of a deep-seated bias against Israel among Muslims, it’s important to recognize that the lack of criticism for Saudi Kingdom, alongside Israel, doesn’t come from bias. Indeed, this absence finds its roots not in bias, but in a complete lack of knowledge. Knowledge among current generation of Muslims, as well as among the world population, about how Saudi Arabia and its founding king, Abdel Aziz Ibn Saud, played a critical role in establishing the Zionist state of Israel.

Suffice it to say, this ignorance about one of the most critical periods in world history seems anything but normal. Amazingly, the world, especially the Muslim world, had been kept in darkness about this momentous chapter in Middle East history. Propaganda and omissions run rampant within the historical accounts of this period. Official Saudi sources like House of Saud website, for example, avoids any mention of British involvement in founding the KSA. Although this omission seems predictable to many, it’s worth noting that even mainstream media outlets like the BBC, and prominent historians such as Professor Eugene Rogan etc., routinely portray Ibn Saud as having acted independently during WWI, and not as an instrument for the British Empire.

Therefore, recognizing the contentious nature of the issue – and to avoid becoming yet another ‘perspective’ on the subject – this article relies only on primary sourced evidence and the following four official treatises and declarations to compile a historically accurate account of the events:

To properly understand the events that led to the creation of both Israel and Saudi Arabia, we must travel back to the early 1900s’ Middle East. At the outbreak of WWI in the region, Sir Henry McMahon, then British High Commissioner in Egypt, offered Hussain bin Ali, Sharif of Hijaz (or ruler of the Hijaz – the western Arabian region in which Mecca and Medina lie), an independent Arab state if he would help the British fight against the Ottoman Empire. Hussein’s interest in throwing off his Turkish overlords converged with Britain’s war aim of defeating the Ottomans. McMahon made this offer via a series of letters exchanged between him and Sharif Hussain, collectively known as the McMahon-Hussain Correspondence. On his 14 July 1915 letter to McMahon, Hussain stated, among other things, the following as one of his propositions:

“Firstly.- England will acknowledge the independence of the Arab countries, bounded on the north by Mersina and Adana up to the 37th degree of latitude, on which degree fall Birijik, Urfa, Mardin, Midiat, Jezirat (Ibn ‘Umar), Amadia, up to the border of Persia; on the east by the borders of Persia up to the Gulf of Basra; on the south by the Indian Ocean, with the exception of the position of Aden to remain as it is; on the west by the Red Sea, the Mediterranean Sea up to Mersina. England to approve the proclamation of an Arab Khalifate of Islam.”

“I regret that you should have received from my last letter the impression that I regarded the question of the limits and boundaries with coldness and hesitation; such was not the case, but it appeared to me that the time had not yet come when that question could be discussed in a conclusive manner.

“I have realized, however, from your last letter that you regard this question as one of vital and urgent importance. I have, therefore, lost no time in informing the Government of Great Britain of the contents of your letter, and it is with great pleasure that I communicate to you on their behalf the following statement, which I am confident you will receive with satisfaction:-

“The two districts of Mersina and Alexandretta and portions of Syria lying to the west of the districts of Damascus, Homs, Hama and Aleppo cannot be said to be purely Arab, and should be excluded from the limits demanded.

“With the above modification, and without prejudice of our existing treaties with Arab chiefs, we accept those limits.”

Interestingly, throughout history, there has been much disagreement as to whether this promise included Palestine. However, as we can see above, the area promised to the Arabs in McMahon’s letter excluded only the territory to the west of a line from Damascus north to Aleppo. Palestine, far to the south, was, by implication, included. Nevertheless, the British subsequently denied that they included Palestine in the promise and refused to publish the correspondence until 1939.

At the time however, Sharif Hussain believed this official promise from the British Government. He went on to make the most significant contribution to the Ottoman Empire’s defeat. He switched allegiances and led the so-called ‘Arab Revolt’ in June of 1916, which removed the Turkish presence from Arabia.

The defeat of the Ottoman Empire by the British in WWI left three distinct authorities in the Arabian peninsula. Sharif of Hijaz Hussain bin Ali of Mecca (in the west); Ibn Rashid of Ha’il (in the north); and Emir Abdel Aziz Ibn Saud of Najd and his religiously fanatical followers, the Wahhabis (in the east).

2. The Treaty of Darin

On 26 December 1915, Sir Percy Cox, on behalf of the British Government, signed the Treaty of Darin with Abdel Aziz Ibn Saud. Also known as the Darn Pact, the treaty made the lands of the House of Saud a British protectorate. The British aim of the treaty was to guarantee the sovereignty of Kuwait, Qatar and the Trucial States (later UAE). Abdul-Aziz vowed not to attack these British protectorates. He also pledged to enter WWI in the Middle East against the Ottoman Empire as an ally of Britain.

Britain’s signing of Darin Pact in December went against their promises of mutual protection made to Sharif Hussain in October; because Britain’s treaty with Ibn Saud does not oblige him to not attack the Hijaz.

The treaty also saw Abdel Aziz receiving £5000 per month ‘tribute’ from the British Government. After World War I, he received further support from the British. Support included substantially more monetary rewards and a glut of surplus munitions.

On May 19, 1916, representatives of Great Britain and France secretly reached an accord, known as the Sykes-Picot Agreement. The accord aimed at dividing most of Arab lands under the Ottoman rule between the British and the French at the end of WWI. In its designated sphere, it was agreed, each country shall be allowed to establish such direct or indirect administration or control as they desire and as they may think fit.

Two diplomats, a Briton and a Frenchman, divided the map of one of the most volatile regions in the world into states that cut through ethnic and religious communities. The secret agreement largely neglected to allow for the future growth of Arab nationalism; which at that same moment the British government was using to their advantage against the Turks.

A century on, the Middle East continues to bear the consequences of the treaty. Many Arabs across the region continue to blame the subsequent violence in the Middle East, from the occupation of Palestine to the rise of the Islamic State of Iraq and the Levant (ISIL), on the Sykes-Picot treaty.

Indeed, Britain’s signing of this treaty went directly against what it promised to the Sharif of Hijaz in October of previous year. As we will see in Part II of this article, Britain’s betrayal of their promises of an independent Arab state eventually led them to unleash their attack dog, Ibn Saud, on Sharif Hussain and topple him. This allowed the British to effectuate the Sykes-Picot accord, and subsequently establish the Zionist state of Israel.

Author Rez Karim is an Electrical Engineer and Chief Editor at VitalColumns.com. 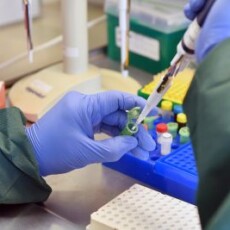