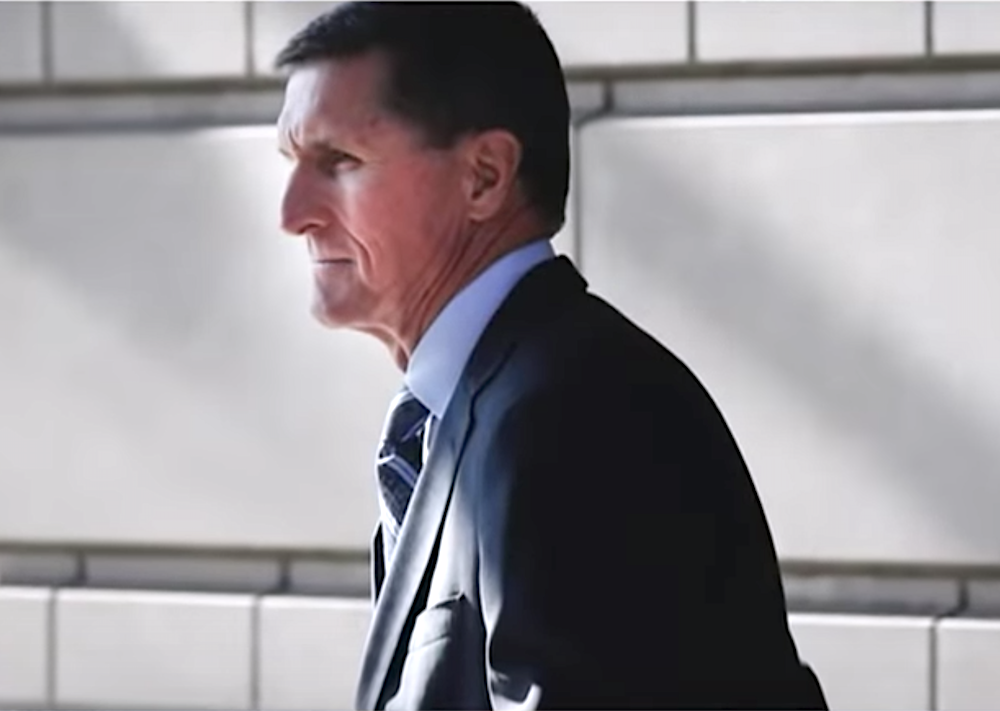 In the latest development in the seemingly never-ending Michael Flynn case, his attorney has filed a motion for the trial judge, Emmet Sullivan, to disqualify himself for bias or the appearance of it. Flynn’s counsel, Sidney Powell, had raised the bias issue during the Sept. 29 hearing on the Department of Justice’s motion to dismiss the case against Flynn. Sullivan is likely to move on this case immediately after the election, so the question of his bias is an important one as Nov. 3 looms.

Powell’s motion arguing for disqualification includes a mountain of support. Many of the issues she cites are not adequate, in my view, to warrant disqualification, and I will not discuss them here. (You can read my analysis of them on Twitter.) Two issues have merit, however, and require that Sullivan disqualify himself. They demonstrate he is no longer acting as an impartial jurist in this case, or, at a minimum, they create an appearance of bias such that a reasonable member of the public would not believe he is acting impartially.

First, Sullivan displayed inappropriate and unwarranted rancor toward Flynn’s counsel, Powell, particularly during the Sept. 29 hearing. Second, a number of Sullivan’s actions and statements evince an apparent intent to see that Flynn is punished somehow, even if he must dismiss this case.

The statute governing recusal of federal judges, found at 28 U.S.C. § 455, and the canons of judicial ethics, require that a judge disqualify himself from further participation in a case if his “impartiality might reasonably be questioned.” Judges are to recuse themselves when they have actual bias against a party or the appearance of such bias.

Bias in this context essentially means the dislike of a party for reasons other than the facts of the legal case at hand. A judge is entitled to form an opinion about the person based on those facts. Dislike of a party for other reasons, however, is a basis for disqualification, as is deep-seated antagonism that would make fair judgment, or the appearance of it, impossible.

The rules require that a motion to recuse (disqualify) be made first to the judge himself. Judges are supposed to be “big enough” people to dispassionately evaluate the merits of such a motion. Powell’s motion is incendiary (accusing him of outright political bias) and radical (demanding that he produce documents to Flynn, although there’s no legal authority cited for this demand).

All of that is irrelevant, however, to the question of whether Sullivan’s conduct falls below the standard of impartiality required of a federal judge. If Sullivan denies the motion, Flynn can seek a writ of mandamus from the court of appeals to order the disqualification.

The Judge Was Clearly Hostile Toward Powell

Antagonism toward a party’s lawyer is a classic example of bias that warrants disqualification. It is improper for a judge to be influenced in his handling of a case or rulings on it because he dislikes a party’s attorney. A judge must set such irrelevant, personal considerations aside. If he cannot, he must disqualify himself.

During the Sept. 29 hearing, Sullivan obviously treated Powell in a more peremptory and dismissive fashion than he did either government counsel or amicus counsel (former Judge John Gleeson). Sullivan cut off her arguments and explanations but didn’t do so to the other counsel.

Powell attached to her motion eight pages of tweets in which ordinary people who listened to the proceedings commented on what they perceived as the judge’s bias against her or Flynn. Although not dispositive, these real-time observations of the perceived fairness of the proceeding by the public are probative.

Moreover, during the hearing, Sullivan improperly accused Powell of unethical conduct. He said she acted unethically in writing a letter to Attorney General William Barr asking for a review of Flynn’s case before she had entered her appearance in court as Flynn’s attorney. Sullivan not only confronted Powell about this, but he asked government counsel to comment on whether it was ethical and threatened to file a complaint with attorney disciplinary authorities about it.

First, nothing about Powell’s conduct was wrong. It is not unethical for a defense counsel to ask a senior official to review a case; lawyers do this all the time. It is entirely proper to seek review on the merits by officials empowered to overrule or alter the decisions of subordinate personnel. Powell’s letter is 100 percent ethical behavior.

Second, nor was it unethical for Powell to write the letter before entering her appearance as Flynn’s attorney in the pending court case. There is no requirement that an attorney must enter an appearance in court before acting as counsel for a defendant outside of court, even if the attorney’s actions relate to the court proceeding. Clients are entitled to engage as many lawyers as they please — some for court, others for outside-of-court assistance, others perhaps to negotiate a plea or settlement. This is routine and completely ethical.

Third, Sullivan’s fixation at the hearing on whether Powell’s letter was ethical clearly demonstrates bias against her because that issue had absolutely nothing to do with the DOJ motion to dismiss. The court could have inquired into whether DOJ’s motion was the product of bribery or corruption, but the letter was already in the record and its contents were entirely proper.

Any inquiry by the court about Powell’s letter should have related to the issue of favoritism for Flynn, not her ethics. That Sullivan nevertheless aggressively attacked Powell about her ethics in open court, in front of her client, and invited her opposing counsel to opine on her ethics, is a blatant display of impermissible antagonism.

The other reason Sullivan must recuse himself is that he has displayed an apparent desire to see that Flynn will still be punished even if the case must now be dismissed. This, too, is inappropriate and demonstrates that Sullivan is not acting impartially.

When Sullivan appointed an amicus to advise him about whether to grant the DOJ’s motion to dismiss, he also directed the amicus to give advice as to whether he should issue a show-cause order to hold Flynn in criminal contempt for perjury because Flynn had disavowed his guilty plea.

This second request was extraordinary. First, it displayed ignorance of the law; the Supreme Court decided 100 years ago that perjury does not constitute contempt of court. Second, and significantly for disqualification purposes, trial judges never seek to punish a defendant for filing a motion to withdraw a guilty plea.

It is a safe bet that during the 26 years that Sullivan has been on the federal bench, he has never contemplated such a step before, nor have any of his colleagues on the D.C. District Court bench. Sullivan contemplating this step with respect to Flynn is a neon sign that he has lost his objectivity and impartiality in this case.

Sullivan again displayed an apparent desire to see Flynn punished during the Sept. 29 hearing. Although DOJ has moved to dismiss the case against Flynn “with prejudice,” meaning Flynn could not be prosecuted again, Sullivan asked whether he can instead dismiss without prejudice, noting that a new administration at DOJ might decide to pursue the case. Similarly, Sullivan inquired into whether Flynn could still be charged for violating the Foreign Agents Registration Act — to which Flynn did not plead but which was included as additional “relevant conduct” for purposes of his plea — if he dismisses the current case.

It might be argued that Sullivan was “just asking” these questions and that posing questions does not necessarily demonstrate bias. The clear import of these lines of questions, however, was not an academic inquiry but to determine if there is still a path for punishing Flynn even if the current case has to be dismissed.

Moreover, judges simply do not pose these questions when the government moves to dismiss a criminal case because it is none of their concern under the separation-of-powers principles. The only reasonable conclusion to draw from Sullivan’s “inquiries” is that he is far too interested in determining if there’s “some way, any way” that Flynn can still be punished for something.

Sullivan’s apparent animus toward Powell and fixation on Flynn being punished are each sufficient to support the conclusion that he suffers from actual bias in this case or, at a minimum, has shown the appearance of it — which are sufficient to require his disqualification.

As the government pointed out in its response to Powell’s motion for disqualification, however, Sullivan need not rule on disqualification if he simply grants the DOJ’s pending motion to dismiss the case with prejudice. While normally a motion to disqualify should be resolved before any other substantive matter, clearly an order to dismiss the case with prejudice would be entirely in Flynn’s favor and thus not realistically subject to a claim of improper bias. That is not the outcome we will probably see.

If Sullivan denies the motion to disqualify, Powell will likely file a second request for a writ of mandamus and ask the court of appeals to disqualify him. The saga is probably far from finished. 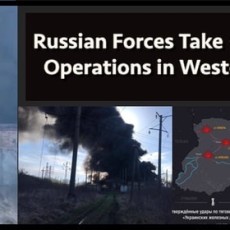 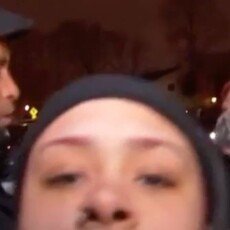