Twenty-six Republicans sided with the Democrats, and voted for a bill that would provide $25 billion in emergency funding to the Post Office and would place restrictions on operational changes to the Postal Service.

The Delivering for America Act (H.R. 8015), the U.S. Postal Service may not “implement or approve any change to the operations or the level of service that would impede prompt, reliable, and efficient services,” according to Congress’ website.

These changes may not be made until “the last day of the COVID-19 public health emergency or January 1, 2021, whichever is later.”

The bill is unlikely to pass in the Republican-led Senate, but the Democrats still wasted their time on it as a publicity stunt, rather than trying to work out a second stimulus package, which many Americans are waiting for.

Representative James Comer (R-KY) discussed the bill’s uselessness prior to its passage, stating: “This bill does nothing to help the Postal Service modernize and improve its services.

In fact, it prevents the Post Office from doing anything to address operational issues and subjects it to a never-ending string of potential lawsuits.”

Republicans Go Along With the Lie

These Republicans decided to help the Democrats further their conspiracy theories about the Post Office:

President Trump tweeted about the bill. He mentioned that the post office has already decided to stop operational changes until after the election, as Postmaster General Louis DeJoy announced earlier this week.

Representatives of the Post Office have repeatedly stated that they DO NOT NEED MONEY, and will not make changes. This is all another HOAX by the Democrats to give 25 Billion unneeded dollars for political purposes, without talking about the Universal Mail-In Ballot Scam….

Representative Comer spoke about the bill after it passed, saying: “The Democrats’ USPS Conspiracy Theory Act is nothing more than a costly political stunt to the tune of $25 billion. The Postal Service does not need a bailout. They have enough cash on hand to get them through the next year.”

What are we voting on today?

Not protection for small businesses. Not help for unemployed Americans. Not anything to help a country still struggling.

No. Today we are voting on a $25 billion bill to help Democrats push a shameless conspiracy theory. 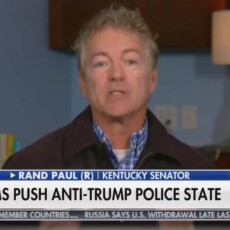 Sen. Paul: Once you have immunity, ‘throw your mask away’ 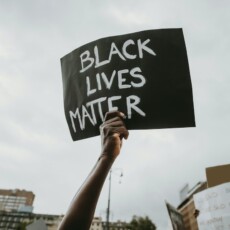 St. Paul BLM founder ‘resigned’ after he ‘learned the ugly truth’ as ‘insider’

‘Angels From The Sky’: How Americans Are Rescuing The People Biden Left Behind In Afghanistan