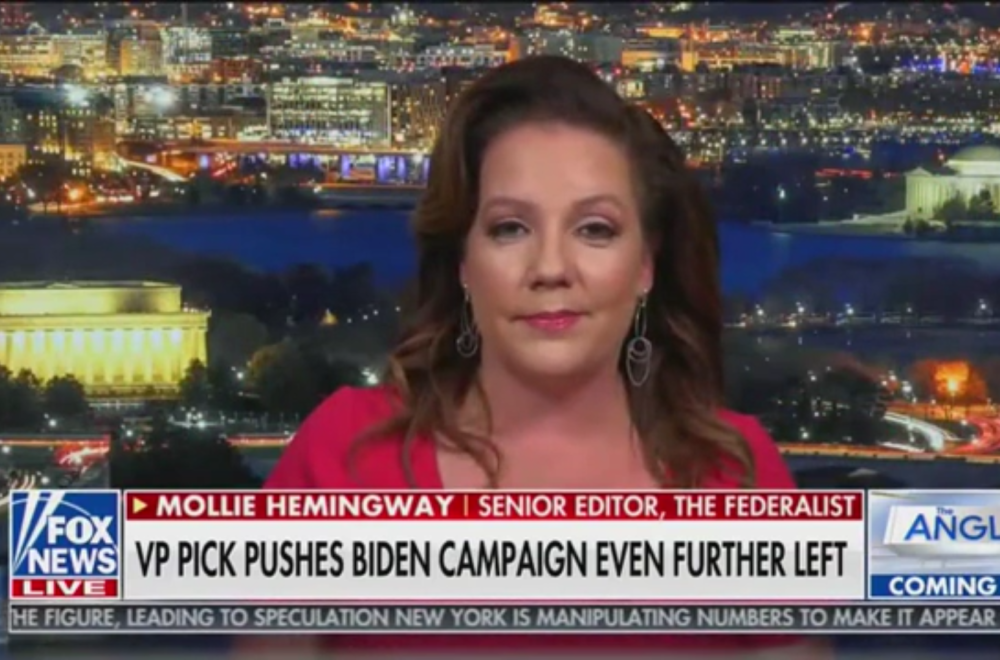 “There’s a reason why Republicans seem a little more excited by this pick than Democrats do,” Hemingway said, adding that Biden should have picked a moderate if he wanted to attract the voters that Hillary Clinton lost in 2016. “Instead, he made a decision to go for a far-left, California Democrat.”

“She wears well for the first 15 minutes and then people kind of get tired of her,” Hemingway continued, suggesting that Harris’ biggest problem is her extremely liberal views.

Harris is “so radical on abortion she’s actually tried to imprison pro-lifers and journalists who do work exposing what is happening in abortion clinics,” Hemingway said, referring to then-Attorney General of California Harris’ prosecution of undercover journalist David Daleiden.

Harris also expressed support for actor Jussie Smollett after he staged a fake racist and homophobic attack on himself, Hemingway added.
﻿
“She’s got really difficult positions that will come up,” Hemingway said. “I’m sure the Trump campaign is happy to talk about each and every one of them.” 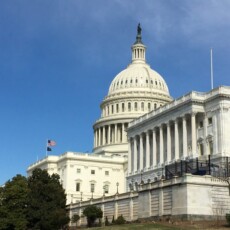 Make America Beautiful Again: The Truth Behind The Executive Order You Might Have Missed

Netflix’s ‘America: The Motion Picture’ Is As Out-Of-Touch As King George III 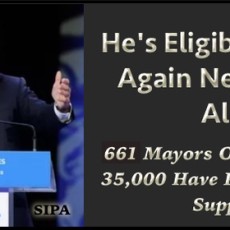 More Than 34,288 French Mayors Have NOT Called For The Re-election of Macron