Ever searching for ways to bring the law into play, properly, in Family Court of Australia, I wrote an article last year  (June 17, 2019) at GumshoeNews.com, about torts. I said that when a child is stolen it is an instance of false imprisonment. This is a tort for which someone could sue (on the child’s behalf) for damages.

A man named Doc added his views in the Comments section.  I did not read it until today when I had occasion to glance back at that article. Wow. Quite an unusual comment but, methinks, so real and so telling.

I apologize to Doc for ignoring it back then and now present it, unedited, for your edification and enlightenment:

“I tried to use this tort and many other legal ways to pursue the child safety system to a court of law, to no avail, seems that first hurdle is always blocked by the protectors to child safety.

“For the child safety system, not only steals, but they will also fabricate documents, they will do perjury in a court of law, but they also murder — and murder also comes in many formats.

“They murdered my life, pure and simple, placed me in a home-made prison in society to have no family and to have no friends and trying to find a relationship with a woman is near on in possible, more so if that woman has children in her life.

“I do not have one human out there that can say they care for me or have a love to me. Empty.

“The Emotional and Mental abuse, from child safety and from society rejections has become Physical, to where doctors can’t work out why my body is doing to what it is doing, and none of it is any good.

“But it stems from the abuse for child safety, The Alienation of life, the murdering of love that I earnt, so I tried for Personal Injury and no, that’s not covered to warrant a case.

“Does this give me the right? and the Grounds? to apply for an Asylum/Refugee status to another country? due to Persecution and Oppression to Crucifixion ?.

“Can I escape a government that is so hell-bent to destroy innocent human lives and families ???.

–end of lament from a heartbroken Dad

How many of the protective parents committed suicide after their child was taken from them?  Or, at least, how many toy frequently with the idea of ending it all?  We know from animal studies that separation of adult and baby can lead to depression and even to death.

Above, “Doc” said – no doubt accurately –

“The Emotional and Mental abuse, from child safety and from society rejections has become Physical, to where doctors can’t work out why my body is doing to what it is doing, and none of it is any good. [Emphasis added]

Rejection is common.  I am sure I have unthinkingly rejected neighbors in the past when I heard their child was taken, as “There must be more to the story” or “If she really wanted them back she would go to a lawyer…”   Oh dear.

The GumshoeNews team now knows for certainty that court personnel in Australia, UK, and US, are TRAINED to be cruel, and even to laugh, in the courtroom, when the protective mother loses her case. The first I heard of that was 7 years ago from one of the hundreds of interviews conducted by Bill Windsor on his YouTube program “Lawless America.” Mona Gudbransen, a bereft grandmother said:

“The attorney threw her hands way above her head as if she scored the winning touchdown in the Superbowl.”

She says at 3.19 minutes into the video below — but I recommend you listen to the whole thing.

The Difference between Immunity and Impunity

I have one slight disagreement with Grandma Gudbransen. It’s one that I harp on all the time at Gumshoe – the difference between immunity and impunity.  At 1.30 minutes into the tape, Mona says that their long saga of frustration and disappointment was marked by political problems such as “total immunity.”

Not really, Mona. Judicial personnel are immune to lawsuits over decisions they make, but they are NEVER immune regarding crimes they commit. They can be prosecuted.

So why aren’t they prosecuted?  Because of impunity, not immunity. Impunity means “not punished” (it does not mean “not punishable”). We let them get away with murder.  As of today, September 1, 2020 we are all letting governments get away with a fake pandemic.  It’s OUR fault.

Folks, it is not good enough to say that the way government acts results in absurdities. It is up to human intelligence and good will and solidarity to throw some weight into the right place to overcome the problem.

Today is the day to do this.  We have the opportunity via popular disgust at the lockdown. Australia can have its Berlin moment or its Trafalgar Square moment. Even on a reduced scale.  Come on, do it.

Nothing can bring back Ingrid Gudbransen, but we (you) can lift the heartbreaks that are still pending, by punishing, even symbolically, the eminently punishable. Find a solicitor or barrister in Australia who has participated in the cruelty and report the behavior to the Bar Association of his/her state.  Demand that he or she be removed from practice.

Finally, big thanks to Doc for spilling his sorrow at Gumshoe.

Here is the Mona Gudbransen talk: 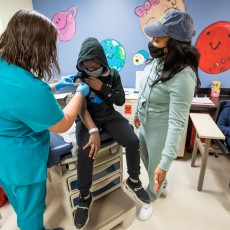 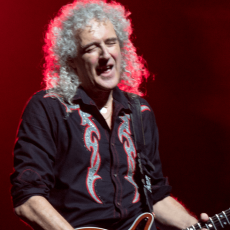 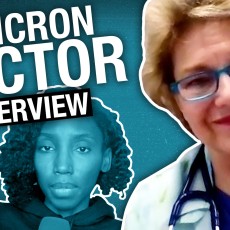 Omicron variant symptoms ‘mild’ even for unvaccinated, says doctor who discovered it