Los Angeles – A 22-year-old man was charged today with killing his 1-year-old daughter whose body was found in the Los Angeles River.

“The murder of a child is absolutely horrific. Babies are helpless and rely on their parents for everything. Children should never lose their life at the hands of their father,” Los Angeles County District Attorney George Gascón said. “My heart goes out to the surviving family members and everyone who knew this innocent baby girl. While we know there is nothing we can do to heal this extraordinary trauma, we will hold this person accountable for his callous actions.”

Jayveyon Burley was chargedwith one count each of murder and assault on a child causing death.

On December 4, the defendant went to pick up his 3-year-old son and 1-year-old daughter, Leilani B., from their mother’s home in Long Beach. When Burley went to his mother’s home in Inglewood, he did not have his daughter with him.

He is accused of killing his daughter whose body was found in the Los Angeles River on Monday.

[There is no known motive for the crime.] The case remains under investigation by the Long Beach and Inglewood police departments. 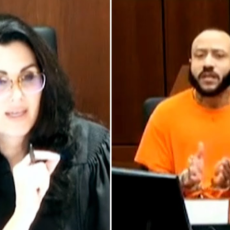 ‘I Muted You’: Judge Orders Waukesha Christmas Parade Massacre Suspect Out of Courtroom 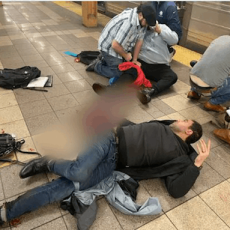