One of the best friends violent criminals in the Land of 10,000 Lakes have is Democrat vice presidential candidate Kamala Harris.

Since June, the lefitst has been promoting a bail fund under the guise of raising money to post bond for “protesters” arrested in the George Floyd mayhem in Minneapolis.

But few, if any, of those whom the Minnesota Freedom Fund has freed are “protesters,” the Daily Caller reports. Less than 10 percent of MFF’s bail money has gone to help protesters.

Instead, the fund has coughed up the cash to free repeat offenders accused and/or convicted of domestic assault, child rape, and attempted murder.

Two of the men face felony charges for allegedly strangling women in their own homes, and another stands accused of beating his girlfriend upwards of six times with a closed fist, records show. All but one of the individuals had been convicted of prior domestic violence-related charges when the Minnesota Freedom Fund (MFF) helped bail them out of jail, according to court records.

However, the MFF revealed on Sept. 4 that only about six percent of the money it had spent since Floyd’s death had gone to help bail out of jail people facing protest-related charges.

The website helpfully provided details on the “protesters” the MFF helped spring from the slammer.

Donavan Dexter Boone, 31, police allege, broke into his son’s mother’s apartment and strangled her in front of her kids.

The woman hid in the bathroom when he broke in, she told cops, but Boone “forced his way into the bathroom” and “grabbed her by the throat.” Two people had to drag him off the poor woman.

“Minnesota prosecutors noted in the charging document that Gates had exhibited a pattern of ‘escalating violent conduct toward romantic partners and household members,’” the website reported. He is a repeat domestic abuser.

Marcus Marshun Butler, on the other hand, likes to punch women, police allege. The 40-year-old thug hit his girlfriend “five or six times with a closed fist,” she told police. Butler too has a domestic violence conviction.

The other violent abusers, police allege, committed similar crimes. One left a “larger than golf sized bump” on his wife’s head, she complained to cops, and told her “I’m gonna keep beating your ass every time I see you.”

Another gave his live-in girlfriend a black eye.

The statement of probable cause for Columbus’ arrest says the “Victim stated ‘Tim’ laid her on the couch and held her down as he unbuckled his pants and pulled down her pants. Victim stated he then ‘put his thing inside me.’”

Tweet Still Live
The news that one of her favorite charities is providing bail money for rape and domestic abuse suspects doesn’t seem to have fazed Harris, who helped peddle false allegations of sex assault and gang-rape about Supreme Court Justice Brett Kavanaugh during his confirmation hearings.

The tweet from June 1 is still available at the veep candidate’s Twitter feed: “If you’re able to, chip in now to the @MNFreedomFund to help post bail for those protesting on the ground in Minnesota.”

Citing Minnesota’s Fox 9, on September 1 the website reported that MFF had raised $35 million, some of it donated by 13 staff members of the Biden campaign.

At that time, the fund had bailed out a convicted a rapist charged with sexual assault and kidnapping, a Floyd rioter charged with attempted murder for shooting at police, and a woman charged with second-degree murder.

Such is the fund’s success, partly thanks to Harris, that it was spending $100,000 a day to post bail and provide other money to criminals, the website reported.

R. Cort Kirkwood is a long-time contributor to The New American and a former newspaper editor. 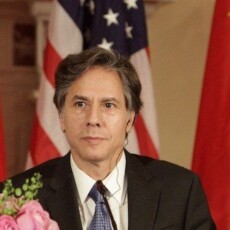 Anthony Blinken: ‘Our Purpose Is Not to Contain China’ 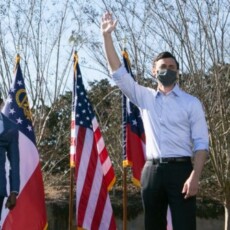