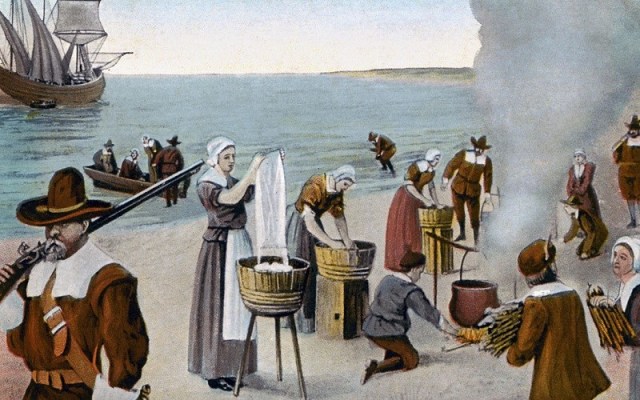 Please remember this is a non political post. If you make comments I have to trash I will put you on the banned list. I’m sorry this comment is necessary and prominent, but it is always needed. Be thankful or pass by this post, please.

I hope that you will bear with me during the first part of my post, as I use this opportunity to remember and be thankful for lots of people who made my year survivable, and not only helped me, but taught me much. I promise it’ll get better shortly.

This year Thanksgiving Day will be different for many of us, and you might even be stumbling over the gratitude, thankful, and happy part. If so, I hope to offer a few thoughts to change your mind.

For my family, and yes, for me as well, this has just been an awful year, the worst of my life so far. I found out this year that I had never really made an acquaintance with suffering, and long term severe pain, and I’ll just tell you straight up that I wish that had continued.

I mention my injury because it does lead to my point. Even in the midst of pain and near despair, I had to recognize that my blessings were many, and many of them came to me directly because of my injury. From moments after I had my fall, I had family to care for me, in ways large and small, three generations of family. I had friends to help as well, and boy, did I need all of them.

I dare say I had more prayers offered up for me than I’ve had my whole life. I had wise and kind people who understood just being there when nothing could be done except to be. Some of them lived far, far away, but they found wonderful ways to just be there when I needed it. At times I needed to be kicked instead of coddled, and my husband, a fine master of the blunt kick appropriately applied was not always around to do it, so there were a few friends with the kindness (I do sincerely mean that) and courage and wisdom to gently offer a nudge.

Speaking of husbands, mine is the best. He kept our lives going, cared for me, even when it humiliated and enraged me at the amount of care I needed, he cooked, shopped, cleaned, made all the rounds of doctor and therapy appointments, and worked a full time job. When he was needed out of town for work he refused to go until I was stable and safe. When it would have been okay and enjoyable for him to go on his Saturday shooting trips, he refused to go until I was safe…and less miserable. From the minutes after I called him following my fall until today, he has been what God made him to be, an unfailing rock.

I told my sons, he exercises those for better or worse vows just as well, just as strongly, just as faithfully and without one complaint in the for worse times as well as the for better times. When God made this man, he stood back and knew this one would stand against all struggles and hard times, that his heart would never falter, nor his step slow. This man will outlast any hard times and struggles. I am not really fit to stand beside him, but I sure am grateful, thankful, and happy that I get to.

My sons and daughters in law were exceptional in being there for me, and in rearranging their schedules and lives to help. My grandchildren even spent days fetching and carrying when I needed someone here with me. Extended family and friends helped in so many ways, from meals, cleaning, rides to doctors’ visits, and shopping for us.

Last but not least, EMTs, doctors, nurses, physician’s assistants, techs, physical therapists (my favorite people in the world right now), and all the medical personnel who have helped me survive and have hope of thriving again one day. For the fact that I had the best medical care in the world available at 4 in the morning and continuing through my recovery period. For gifted surgeons, especially, I am thankful. For experienced therapists who almost had to teach me to walk again.

Truly, I have had some of the greatest blessings and kindnesses of my life this year. Dear God, I am sorry that I spent more time complaining to you about my sorrows and pains than thanking you for the blessings you sent my way. I really, really hope I do better in the future.

And that leads me to thoughts about our world, in a general way, and our country specifically, and all that we Americans have faced this year as planet Earth has crazily made its voyage around our sun. 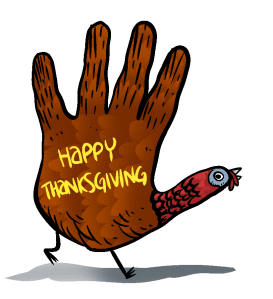 Those of us who are old enough were blessed to really learn about Thanksgiving from parents and teachers. In my childhood, every year we spent hours at school painstakingly making hand turkeys and putting on plays honoring the Pilgrims and Squanto and his fellow Indians who taught the settlers how to survive. We found out that our forefathers and mothers fought the elements, lack of proper knowledge and preparation, supplies, illness, starvation, and death the first winter they arrived in America. We found out how they learned to hunt, fish, but more importantly, plant and harvest, build and plan, prepare and prevail.

We learned those things, but I don’t think even our teachers and parents made us realize how much bitter, backbreaking hard work they endured on top of sickness and loss. We could never have understood what those men, women, and children endured, but we at least were taught to honor and remember it.

We were taught that they did the most important thing of all in the fall of the year after their first harvest. They set aside a day to honor and thank God for bringing them through, for blessing and saving them.

We kids did absolutely understand their thankfulness, and by extension our own. We proudly celebrated the troubles and triumphs of our American forefathers, blessed to begin a new life in this wonderful land of ours, our home, our America. I believe that being taught our Thanksgiving stories laid a foundation for patriotism.

Those first struggles set the American character for the future. Increasing numbers of colonists would step onto rather small wooden ships with poor food and little accommodation to human needs and brave the wild Atlantic storms to find homes in our wilderness, and they had their own fierce battles and struggles, despairs and triumphs. 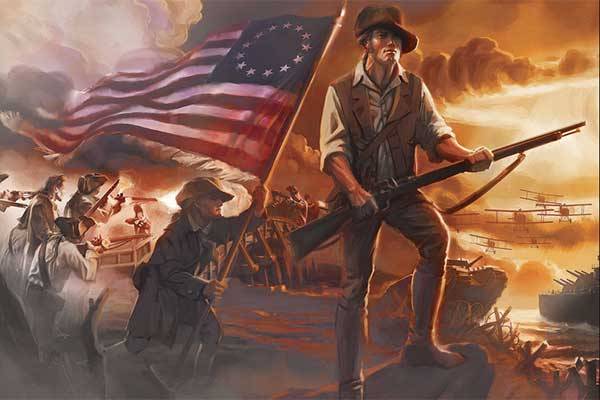 In time American patriots, who did not yet possess the name Americans, would fight tyranny, rise up, band together in rag tag militias and buy the freedom, in blood, to found the greatest country the world has ever known, the United States of America. A new country born from persecutions, unfair taxation, and no representation. Sounds familiar?

Our young country would continue to grow and prosper in the face of adversity. A government had to be set up, the Constitution formed from passionate ideas and dreams and hopes from passionate men. The Bill of Rights was added. The fledgling country faced the debt incurred during the Revolution, and immediately foreign policy problems had to be dealt with.

As settlers streamed into frontier lands in western New York, Ohio, Kentucky, Tennessee and other as yet unsettled and un-named states, armed conflicts with Indians became a part of American history.

Later came such challenges as the debate over the Louisiana Purchase, the War of 1812, and always, the great movement westward toward what Americans named their Manifest Destiny. Texians defined courage and patriotism, sacrifice and indomitable will at the Alamo, burning an unrivaled and epic tale of valor into the history of mankind.

The long years of pre civil war struggle between Free and Slave states, the Abolitionist Movement, the Underground Railroad, Bloody Kansas, finally firing off the first shots of the Civil War at Fort Sumter. The battles, wins and losses for both sides, with so many casualties, and particularly in the South, starvation and death brought to civilians struggling just to survive.

The struggles continued with the aftermath of the war and the assassination of President Lincoln. Reconstruction. Hardship, bitter enemies taking perhaps the long way toward rebuilding a bloodied and torn nation. Still more westward expansion. 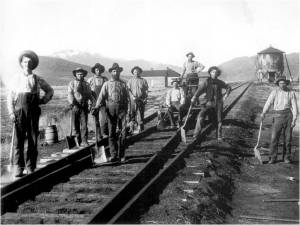 Canals dug, railroad lines built, mining strikes, economic crises. Disease, famine, natural disasters. Epic villains, from the Barbary pirates to the Russians and British (again!) in the Northwest to Spain and Mexico in the South and Southwest and California.

Gold rushes and land rushes. Riches discovered, fortunes made, destinies sought and found. From the Bread Basket to the Dust Bowl, with World Wars and Asian conflicts, the Great Depression between wars, Americans kept thriving, eventually even winning the race to put a man on the moon.

From our first moments until this very minute, we Americans have fought the battles that are ours to fight, poured out our blood, sweat, and tears in rivers of sacrifice.

Hundreds of peoples we are, from the Indians of the Americas, the Europeans who crossed oceans, the Asians, Africans through slavery and later those who came seeking a better life, peoples from every continent and probably almost every country, we have formed this great and wonderful land and our people, Americans, encompassing every race, religion, and ethnicity known to mankind.

It was never easy, but it was always worth it.

Don’t you dare give up on us now. The best is yet to come, and if we have to bleed and sweat a little, well, it isn’t anything we haven’t done before. Today say your prayers and thank God for those who came before and pray for the courage to honor them in our time and with our own courage, will, and sacrifice. Liberty is not sold cheaply, ever.

It is Thanksgiving Day and we are a grateful people and a grateful nation. Let us celebrate that, especially today. 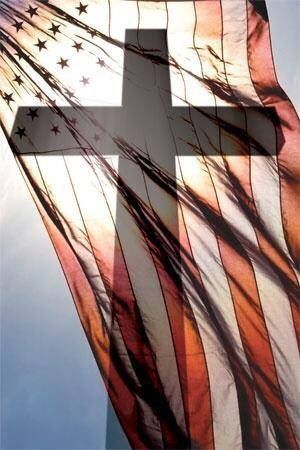 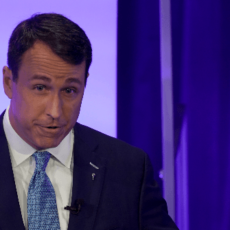 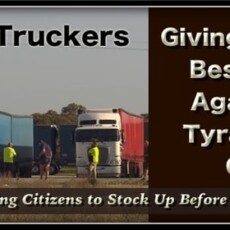 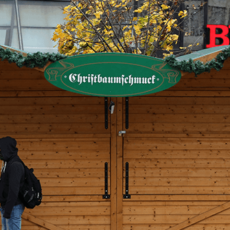