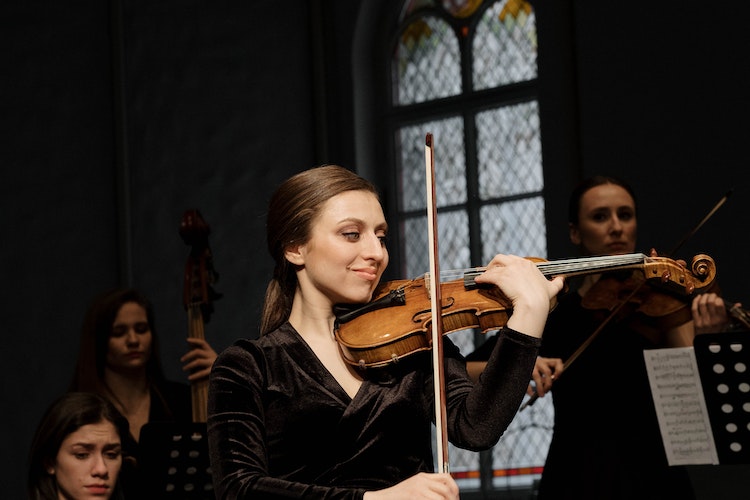 We are now approaching Christmas, when we celebrate the Messiah’s birth. But in our journey through Handel’s Messiah, after the prophetic warning of a deep purification by fire in Haggai and Malachi, we find the prophetic announcement of His coming, all taken from Isaiah.

We find the verses — from Isaiah 7:14, 40:9, 60:1, 9:2 and 9:6 — are from vastly different passages. But a distinctive feature of Messiah as a whole is that Charles Jennens, the librettist (the text for Oratorios is called a “libretto”), has so astutely woven them together to create such a unified context.

Here are the texts:

Behold, a virgin shall conceive and bear a son, and shall call His name Emmanuel, God with us.

For behold, darkness shall cover the earth, and gross darkness the people; but the Lord shall arise upon thee, and His glory shall be seen upon thee. And the Gentiles shall come to thy light, and kings to the brightness of thy rising.

The people that walked in darkness have seen a great light; and they that dwell in the land of the shadow of death, upon them hath the light shined.

For unto us a child is born, unto us a son is given, and the government shall be upon His shoulder; and His name shall be called Wonderful, Counsellor, the mighty God, the Everlasting Father, the Prince of Peace.

These disparate passages from Isaiah present us with the wonderful reality contained in Old Testament prophecy. They often have multiple interpretations for different events at different times. For example, Isaiah 7:14 speaks to both a contemporary event as well as the coming Messiah.

In the first instance, Isaiah speaks of a series of events where a young woman (the word used for “virgin” is not actually literal, signifying more broadly a young woman of marriageable age) has a son named Immanuel. Isaiah prophesies significant stages in the young boy’s life paralleling events in the near future, predicting the imminent downfall of Judah’s enemies and the ultimate invasion by Assyria.

There are varying opinions among scholars as to who the “virgin” may have been, but I favour Isaiah’s wife. After all, his other sons had prophetic names. His first son, Mahershalalhashbaz, which means “hastens to the booty, swift to the prey”, refers to the coming Assyrian invasion. Shearjashub, his other son, means “a remnant will return”, referring to the return of the exiles from Babylon. So why not “Immanuel” to prophesy the coming of the Messiah?

This principle of multiple interpretations was well understood by those who heard the prophet’s words. So it should not have surprised the Jews of Jesus’ day that the Messiah comes to the world He created in human form. In fact, it wasn’t lost on Herod the Great or his religious experts when the Magi came looking for the Messiah:

Now after Jesus was born in Bethlehem of Judea in the days of Herod the king, behold, magi from the east arrived in Jerusalem, saying, “Where is He who has been born King of the Jews? For we saw His star in the east and have come to worship Him.”

When Herod the king heard this, he was troubled, and all Jerusalem with him. And gathering together all the chief priests and scribes of the people, he inquired of them where the Messiah was to be born.  They said to him,

“In Bethlehem of Judea; for this is what has been written by the prophet:
‘And you, Bethlehem, land of Judah,
Are by no means least among the leaders of Judah;
For from you will come forth a Ruler
Who will shepherd My people Israel.’”

As a side note, I always find it mystifying that there are those who believe that any unbeliever presented with clear proof of a divine miracle would automatically be convicted and turn to God in repentance.

But Herod disproves that conclusively. After all, it’s obvious from the passage that Herod knew, when he had all the young boys in Bethlehem murdered, that he was trying to kill the promised Messiah!

We see the same from the Sanhedrin who, after Jesus raised Lazarus from the dead — surely sufficient proof of His divinity — that they plotted to kill both Lazarus and Jesus!

In our own times, we have the confession of the late Australian atheist philosopher John Smart, who reveals the lengths that he would go to in order to explain away a miracle if he witnessed one:

“Suppose that I woke up in the night and saw the stars arranged in shapes that spelt out the Apostle’s Creed. I would know that astronomically it is impossible that stars should have changed their positions. I don’t know what I would think.

Or what of the blinkered dogmatism of atheist comic artist Martin Rowson, who stated:

As the prophet Jeremiah tells us,

“The heart is more deceitful than all else, and is desperately sick.” (Jeremiah 17:9 NASB)

So, as we know from the Gospels, Christ’s coming, His ministry, His death at the hands of wicked men (who recognised but rejected His authority), and His resurrection, were “good tidings to Zion”, as they have been to every generation since.

Then Jennens finds the contrast between the “darkness” which “cover[s] the earth, and gross darkness the people”, with the “great light” of the Messiah’s presence. It could also be said to represent the light of Grace and Truth, as embodied in the Messiah (John 1:14), taking the place of the darkness of the Law (John 1:17).

The Triune God and the Body of Christ

The final verse being considered here is one of the greatest and most pivotal declarations in Scripture:

“For unto us a child is born, unto us a son is given, and the government shall be upon His shoulder; and His name shall be called Wonderful, Counsellor, the mighty God, the Everlasting Father, the Prince of Peace.”

In the descriptive titles, we also see the whole Godhead represented in the Messiah: the Father, Who is “mighty” and “Everlasting Father”, the Son as “Wonderful… Prince of Peace”, and the Holy Spirit, the “Counsellor”.

How wonderful it was that Jennens prefaced his account of the Messiah’s nativity with these prophetic announcements. By doing so, he reinforces for us the prophetic weight of the true identity of the baby in the manger. It’s very easy at times to be caught up in a somewhat saccharine, “Hallmark greeting card” view of the nativity scene that’s imprinted in our minds.

The true awesome wonder of the scene that was foretold by Isaiah doesn’t bring us back down to earth. On the contrary, it broadens our view to take in the incredible majesty of God’s deeply laid plan for His betrothed Beloved, humanity.

We need to keep that thought in mind, not only for the next article’s subject of our celebration of Christmas, but right through to the triumphal ending of Messiah from Revelation and the grand “Amen”. 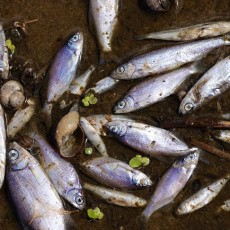 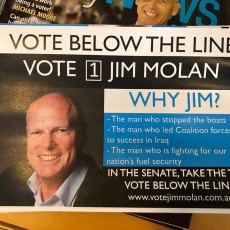 CLARIFICATION – UAP is NOT preferencing Liberals