According to court records, in 2019, Alberts was a Correctional Officer at Coffee Creek Correctional Facility, a women’s prison in Wilsonville, operated by the Oregon Department of Corrections. While employed there, defendant began an inappropriate and illegal sexual relationship with an inmate.

To foster the relationship, Alberts agreed to smuggle drugs, including OxyContin pills, methamphetamine, and heroin into the prison and to provide them to the inmate. In addition, Alberts smuggled multiple cell phones into the facility that the inmate used to communicate with Alberts and others outside the prison. Defendant knew that the smuggled methamphetamine and heroin were not for the inmate’s personal use, but, instead, were intended for distribution to other women incarcerated at Coffee Creek.

On the evening of June 3, 2019, defendant met co-defendant Joseph Jimenez in a parking lot in Portland, where Jimenez provided Alberts with heroin. The next day, on June 4, 2019, Alberts smuggled that heroin into Coffee Creek, and later provided it to the inmate. Just a few days later, an Oregon Department of Corrections investigator seized a small amount of methamphetamine and over 6 grams heroin from the inmate. An investigation by the ODOC and FBI revealed that the seized heroin was, in fact, the same heroin that Alberts had obtained from Jimenez and smuggled into Coffee Creek. Alberts was immediately placed on administrative leave from ODOC.

“This corrections officer selfishly abused his position of trust and in doing so, endangered the lives of vulnerable inmates fighting for their own sobriety” said United States Attorney Billy J. Williams. “Instead of protecting the inmates, he exploited them. The excellent investigative work of the Oregon Department of Corrections, the Oregon State Police, and the FBI now ensures that a man who once guarded inmates will become one himself.”

DOC Director Colette S. Peters said, “The Oregon Department of Corrections is committed to preventing sexual activity involving employees and the people in our care and custody; and take decisive action when allegations are brought forward. When DOC’s Inspector General’s Office and the leadership at Coffee Creek Correctional Facility received a tip about Alberts’s criminal behavior, the agency immediately acted by launching an internal investigation and contacting state and federal law enforcement. Our goal was to ensure a thorough investigation, a fair process, and prosecution, if warranted. We have thousands of employees who provide outstanding public service each and every day. I would like to thank our partners at the US Attorney General’s Office, the Federal Bureau of Investigation, the Oregon State Police, and the Washington County District Attorney’s office for their cooperation and seeing Alberts sentenced for his illegal and dishonorable behavior.”

“Alberts abused his position of power over the Coffee Creek inmates with the trafficking of meth and heroin,” said Renn Cannon, Special Agent in Charge of the FBI in Oregon. “Instead of ensuring a safe environment for these women as he should have been, he exploited addiction and targeted a vulnerable population for his own gain. We can’t let such behavior stand.”

Alberts faces a maximum sentence of is 20 years of imprisonment, three years of supervised release and a fine of $1,000,000. As part of the plea agreement, defendant agreed to immediately resign from the Oregon Department of Corrections, where he is currently on unpaid administrative leave. Defendant also agreed to immediately and permanently decertify as a law enforcement officer with the Oregon Department of Public Safety Standards and Training. So long as defendant demonstrates an acceptance of responsibility, the parties will jointly recommend a sentence of 12 months and 1 day of imprisonment, to be followed by a three-year term of supervised release.

In addition, Alberts has agreed with the Washington County District Attorney’s Office to waive indictment and plead guilty to the offense of Custodial Sexual Misconduct in the First Degree under ORS 163.452 (a Class C felony). At sentencing, both parties will recommend that Alberts receives a sentence of three years of formal probation, including conditions that Alberts will participate in an evaluation, and if indicated, participate in sex treatment. 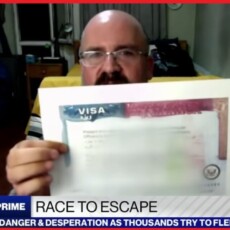