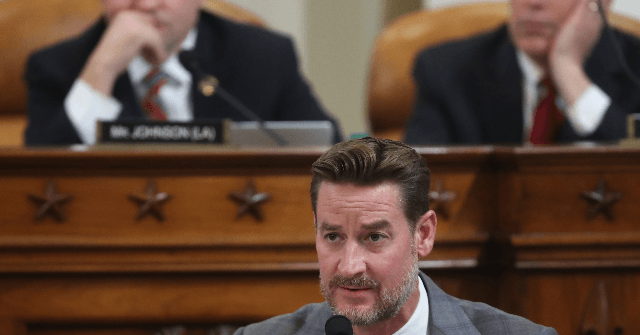 Breitbart News Daily host Marlow asked, given the enormous influence big tech companies have in Congress, whether it is Republicans to continue to take money from big tech.

Steube pledged to no longer accept donations from Facebook, Google, Apple, and Amazon. He told Breitbart News Daily, “The moment that we got done, and I think it was something that I was watching on Fox News, I texted my chief and I said, ‘Hey, have we ever taken money from any of these companies because I don’t know if you watched Tucker Carlson last night, but he kind of went after Jim Jordan, he kind of went after Sensenbrenn for taking money from Google.’ And he said, ‘No, we’ve only taken $1,000 from Google.’ And I told him, ‘No more, we’re not accepting any more money from any of these companies.’”

“Last night, after what I saw and after obviously what is truly going on, I told my campaign staff we’re not accepting any more campaign donations from any of these companies,” he added.

Breitbart News reported on Wednesday that Silicon Valley had donated vast sums of money to the House Judiciary Committee as the committee intensified its antitrust review of these companies. Breitbart News previously reported on Republicans, such as Rep. Cathy McMorris Rodgers (R-WA), who had attacked conservative proposals to rein in big tech’s conservative censorship. As of 2019, when she attacked Sen. Josh Hawley’s (R-MO) Ending Support for Internet Censorship Act, she had raised over $80,000 over her career in Congress from Google and Facebook.

“And anyone that thinks they need ten grand from Google, you’re going to get more than that if you champion the people that are getting oppressed and suppressed by Google,” Marlow said.

“I guarantee you that’s a winning cause for left, right, or center, so it’s not even a political thing, the public does not want these people to have any more power,” Marlow continued. “And, they find it very, very off-putting that people in Congress are still taking their cash, because they know why the cash is being doled out.”

Marlow also said that Breitbart News will investigate other lawmakers and their families that receive donations from large and influential technology companies.

“You should investigate all of that because I’m sure there are things like that going on,” Steube said. 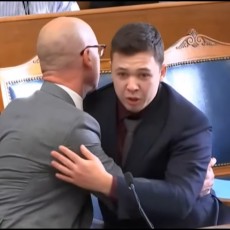 Kyle Rittenhouse Overcome With Emotion After NOT GUILTY Verdict – Video

Assange’s Fourth Day at the Old Bailey: COVID in the Courtroom