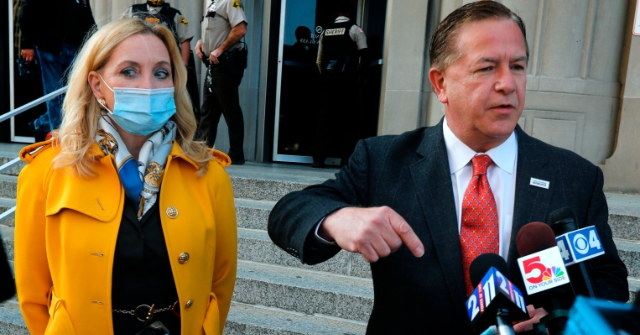 A grand jury indicted Mark and Patricia McCloskey Tuesday on charges related to their June 28, 2020, use of guns to keep protesters away from their home.

KSDK reports that the grand jury indicted the McCloskeys on “exhibiting a weapon and tampering with evidence.”

Breitbart News reported that Mark held an AR-15 and Patricia held a handgun on June 28, in hopes of deterring protesters from damaging their home or property.

Video of the couple standing outside their home went viral:

Breitbart News reported an investigation was opened against the McCloskeys on June 30, just two days after they stood with guns to protect their property.

The New York Post quoted St. Louis Prosecutor Kimberly Gardner saying, “I am alarmed at the events that occurred over the weekend, where peaceful protestors were met by guns.”

She added, “We must protect the right to peacefully protest, and any attempt to chill it through intimidation or threat of deadly force will not be tolerated.”

But the Hill reported Missouri Gov. Mike Parson (R) believed the McCloskeys did that which was lawful, that they “did what they legally should do.”

Parson said, “A mob does not have the right to charge your property. They had every right to protect themselves.”

He suggested that he would pardon the McCloskeys if they were charged for their use of firearms.

Parson used a July 18, 2020, tweet to say, “We will not allow law-abiding citizens to be targeted for exercising their constitutional rights.” 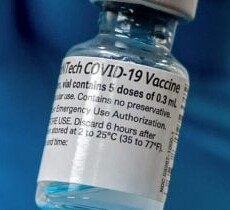 Never Has a Vaccine Harmed So Many 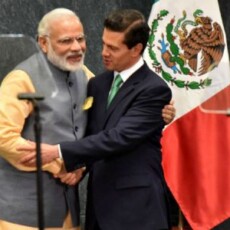 Relations Between Mexico and India Are on the Rise