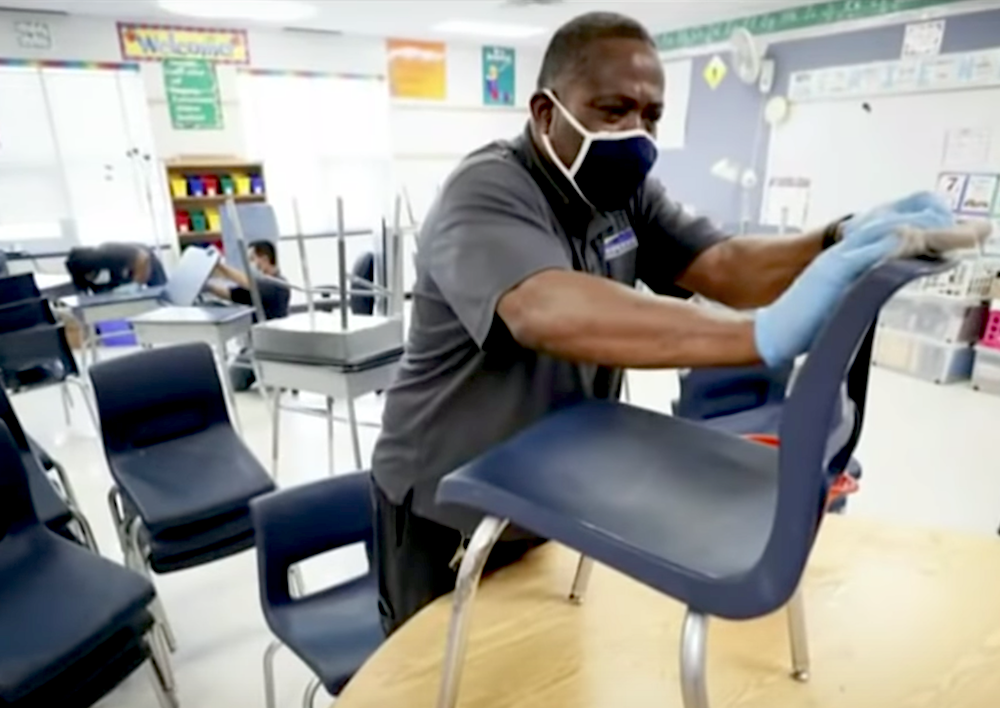 As the Wuhan virus pandemic persists and wild rhetoric along with it, teachers unions are threatening to strike if schools reopen, but they’re also pushing to limit online teaching. These unions have long incentivized all the wrong things in education, but demanding teachers be paid to do virtually nothing is a new low. As a New York Times headline announced this week, teachers are “Wary of Returning to Class, and Online Instruction Too.”

Public school teachers around the country are fighting for schools to remain closed longer, to implement more expensive safety measures, and to limit teachers’ responsibilities with online learning, the article explains. These same teachers are threatening job walkouts if they don’t get their way and protesting at state capitols and on social media.

The second-largest teachers’ union in the country this week permitted its state and local chapters to strike if their school districts don’t take satisfactory precautions, such as revamping ventilation systems and instituting mask mandates, before the kids come back to school.

While teachers’ unions play politics, parents are trying to make game-time decisions amid constant uncertainty. Whether getting back to work themselves is a factor in their education strategies, parents need better options for their kids, who were so grossly underserved in the spring. After schools started shutting their doors in March and parents began reeling, rearranging their lives to accommodate at-home instruction, countless young people across the country fell behind.

One Bronx mother, whose 18-year-old son has autism, said in just a month he backslid by a year. “We all know there’s a pandemic. It’s affecting everyone,” she said. “You can’t just keep saying you’re scared. We’re all scared.”

Meanwhile, as President Donald Trump and Secretary of Education Betsy DeVos push for in-person instruction, partisan educators and unions are resisting, even in states that have control of the virus. Many teachers are griping that they don’t have enough funding and guidance, and that the government is prioritizing the economy over health.

According to available data, however, public safety and the economy aren’t in conflict when it comes to schools. Kids just aren’t getting coronavirus. According to the Centers for Disease Control and Prevention, of the nearly 150,000 Wuhan virus cases in the United States from Feb. 12 to April 2, only about 2,500 were in kids. That’s a mere 1.7 percent of all infected, which is itself a minority of the country.

Further, child COVID-19 hospitalization rates have been far lower than adults’, and deaths uncommon. The American Academy of Pediatrics notes that since states began reporting, children have accounted for 0 to 0.8 percent of COVID-19 deaths, with 20 states reporting zero child fatalities. The seasonal flu endangers children more, and we never shut down schools over the flu. Further, studies show kids are rarely spreading the virus to adults.

Teachers’ Unions Want to Have Their Cake and Eat It Too

The Times article observes: “Some critics see teachers’ unions as trying to have it both ways: Reluctant to return to classrooms, but also resistant in some districts to providing a full day of remote school via tools like live video.” The unions, however, retort that educators extended themselves far beyond the terms of their emergency labor agreements when students went remote in the spring, “answer[ing] emails and text messages from students and parents late into the night.”

To repeat the frustration from the Bronx mother, however, which is still apt: The pandemic is “affecting everyone.” Remote learning was no picnic for parents either, who without training took on the brunt of their kids’ instruction. It’s worth noting that while teachers and students were locked home, essential workers in a variety of sectors risked virus exposure and adapted to employment changes.

In Miami, the teachers’ emergency agreement required them to spend at least three hours daily interacting with students over email or calls. According to parents, that was insufficient. Now teachers will be expected to structure their instruction more like a regular school day with live video classes, although many oppose that model.

According to the Times, “many teachers have expressed anxiety about how they and their homes would look on camera during live teaching,” an absurd objection. Parents likely won’t be too keen on their kids missing a school year all because the camera adds 10 pounds.

Teachers’ unions: We don’t want to show up for work because it may not be safe. Also, we don’t want to do too much live remote teaching via video. One reason given is that teachers are “anxious” about their *personal appearance/appearance of their homes* on camera.

Cecily Myart-Cruz, president of the United Teachers Los Angeles union, says that while she sees the benefits of live video classes, they aren’t feasible because kids won’t be engaged and “will turn off to that.” According to Myart-Cruz, the union’s priorities involve making sure students have access to remote mental health counseling services and that educators are reimbursed for work-from-home costs, such as improved WiFi.

Counseling services are important, as the pandemic has taken a marked toll on mental health, but it’s unclear why educators are more concerned with home-office compensation than with getting students back into the classroom — which, again, is backed by science.

New York City, for example, the country’s biggest district, had previously announced plans to reopen classrooms part-time. Michael Mulgrew, president of the United Federation of Teachers in the Big Apple, helped district officials devise a plan for students to attend in-person classes one to three times weekly. After Trump’s push for schools to reopen, however, Mulgrew then decided in-person instruction is not safe, and in a town hall last week, he backpedaled from the strategy to the surprise of city officials.

The Times article notes that “teachers’ unions are playing a powerful role in determining the shape of public education as the pandemic continues to rage.” It’s true. While parents and their kids scuttle to figure out a fall game plan, changing course every time new guidelines and school memos circulate, teachers unions are holding children’s educational futures hostage to squeeze every last perk they can out of this crisis. As Robin Lake, director of the Center on Reinventing Public Education, said, “I feel like we are treating kids as pawns in this game.”

The pandemic has left everyone with tough decisions, less-than-ideal circumstances, and lots of give and take. In educating our children, however, don’t let teachers’ unions take from our children to give to themselves. 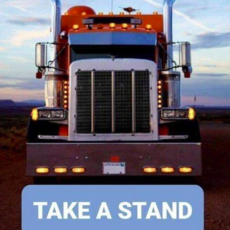 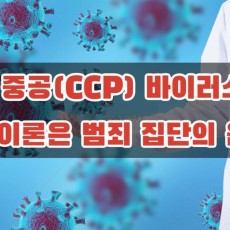 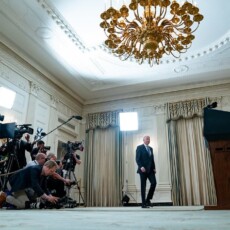 Afghanistan Was A Bipartisan Disaster, And We Must React Accordingly