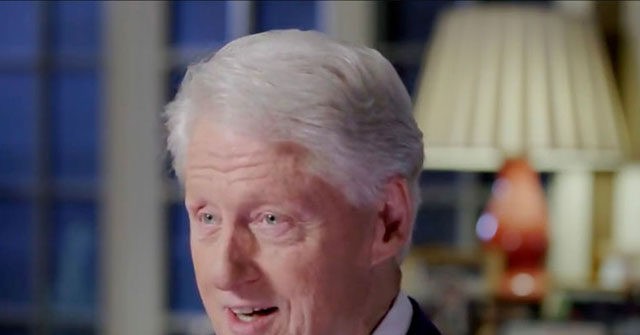 Former President Bill Clinton, whose presidency was engulfed by an extramarital affair with former White House intern Monica Lewinsky, lectured President Trump for bringing “chaos” into the Oval Office during his Tuesday evening address at the Democratic National Convention, drawing a swift reaction from members of the GOP, who could not help but note the irony.

Clinton kicked off his address by criticizing Trump’s handling of the coronavirus pandemic, assessing that the Wuhan virus “hit us much harder than it had to” before slamming the president’s Oval Office conduct.

“At a time like this, the Oval Office should be a command center. Instead, it’s a storm center,” Clinton said. “There’s only chaos.”

“Just one thing never changes: his determination to deny responsibility and shift the blame. The buck never stops there. Now, you have to decide whether to renew his contract or hire someone else,” he continued.

“If you want a president who defies the job, is spending hours a day watching TV and zapping people on social media, he’s your man. Denying, distracting, and demeaning works great if you’re trying to entertain or inflame,” the former president added. “But in a real crisis, it collapses like a house of cards.”

Many Republicans could not help but note the irony of Clinton criticizing Trump over proper Oval Office conduct, given his past:

He’s the last person who should be giving lectures on what should or should not be happening in the Oval Office. #DemConvention

“The irony of Bill Clinton talking about the sanctity of the Oval Office should not be lost on anyone!” Donald Trump Jr. remarked:

The irony of Bill Clinton talking about the sanctity of the Oval Office should not be lost on anyone! https://t.co/fA3IlTQj26

“The second night of the Convention was the parade of hypocrites. Sally Yates is concerned about politisizing [sic] DOJ? Bill Clinton wants to cleanse the Oval Office?” Trump lawyer Rudy Giuliani said, wondering how Democrats will “top that” on Wednesday:

The second night of the Convention was the parade of hypocrites.

( His nose is really getting much longer? )

How do they top that tonight.

“Excuse me but @BillClinton should not be lecturing anyone about chaos in the Oval Office,” former Wisconsin Gov. Scott Walker (R) said:

Excuse me but @BillClinton should not be lecturing anyone about chaos in the Oval Office. pic.twitter.com/7Du4nmdoJI

Bill Clinton, who visited Pedo Island, representing the Democrats the same day pictures leaked of him being massaged by one of Epstein’s victims. pic.twitter.com/LRdSaBvATU

The #DNCConvention is an absolute parody. Cuomo on COVID. Bill Clinton on chaos in the Oval Office. Elizabeth Warren on Native American issues. Are we being punked?

I refuse to take lectures about the “sanctity of the Oval Office” from Bill Clinton of all people.

Bill Clinton is going to give a lecture about how the Oval Office should be used? https://t.co/UbBuYMT0UD

After Andrew Cuomo spoke about his success dealing with the Coronavirus, having Bill Clinton talk about “what should happen in the Oval Office” only seems fitting. https://t.co/eaqZSawUSl

Bill Clinton 2020: “The Oval Office should be a command center.”

Perhaps Bill Clinton should show a smidge of self-awareness and refrain from advising on decorum regarding Oval Office activities… https://t.co/0yLZcwGZNH

Clinton has since said that he engaged in the affair to help “manage my anxieties for years.”

“We all bring our baggage to life, and sometimes we do things we shouldn’t do,” Clinton said as part of the four-part Hulu series Hillary.

“It was awful what I did,” he added of the affair, which he denied under oath, leading to an impeachment trial. The Senate acquitted him in February 1999.

His wife, Hillary Clinton, has continued to stand by her husband throughout the years and denied that the scandal was an abuse of power.

Bill Clinton’s convention speech came just weeks after court documents alleged his appearance on the late Jeffrey Epstein’s “pedophile island.” Clinton has denied ever visiting the island, where Epstein is believed to have trafficked underage girls. However, the denial has done little to halt speculation on the tenets of his relationship with the sex offender.

Epstein was said to have owned a bizarre photo of Clinton wearing a blue dress and red heels, displayed inside his home, as revealed last year:

On Tuesday, photos surfaced of the ex-president receiving a massage from one of Epstein’s accusers, Chauntae Davies:

The photos were taken in 2002, as a group — including Clinton and Epstein — traveled aboard the Lolita Express for what they claim was a humanitarian trip to Africa. 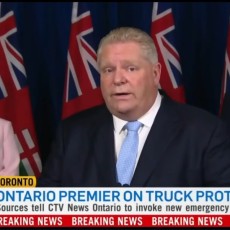 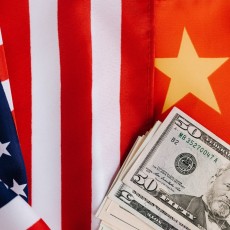 Harvard Professor Convicted Of Lying About Working With Communist China