Recently we highlighted the plight of Dr Mohammad Adil who was shamefully mistreated by the GMC [General Medical Council] for the “crime” of questioning the establishment’s Covid narrative – criticisms since proven to have been justified – out of concern for the wellbeing of his patients.

But this injustice does not appear to be an isolated case and there is a “long line of scandals” arising from its shoddy practices and failures to safeguard doctors and patients that needs to be addressed with a view to getting this degenerating regulator back on the straight and narrow. Or replacing it with a new, more honest body of people if it will not reform

Dysfunctional’ GMC Labelled ‘Not Fit for Purpose’ After Latest Blunder

After an ignominious apology wrested from the General Medical Council (GMC) last week, following an independent review of its handling of the now infamous ‘laptop’ case, the embattled regulator’s troubles might have seemed as though they could get no worse.

Then on Wednesday, the BMJ piled in with an opinion piece acerbic even by the standards of the Journal, which has been stalwart in holding the GMC to account for at least a quarter of a century – though, thus far, seemingly to little avail.

The latest in a long series of scandals for the GMC came about as a result of allegations that Dr Manjula Arora “lied to obtain a laptop”, resulting in her referral to the GMC, subsequent investigation by a medical practitioners tribunal, and suspension from practice for a month.

The case ultimately hinged on the fact that she told local IT officials that she had been “promised” a laptop by her boss when, in fact, he had merely “noted her interest” in getting one.

The independent review was commissioned by the GMC, after it noted that the investigation and hearing had “generated significant anger and anxiety among the medical profession”. Co-chaired by Professor Iqbal Singh CBE and Martin Forde KC, it found that the GMC “incorrectly applied the legal test” in considering the allegations against Dr Arora, and that the allegation of dishonesty “should not have been taken forward”.

The GMC had “missed multiple opportunities to stand back and assess whether the allegations were serious enough to be referred to a tribunal”, the review concluded. “The case raised once again the perception of a regulatory process lacking in fairness; of a system in which the stakes seem much higher if you are a Black and minority ethnic doctor.”

In acknowledging the strength of feeling, the GMC had said it would not oppose Dr Arora’s appeal against the sanction. In their forward to the review, Prof Singh and Mr Forde said that they hoped that their recommendations “will lead to a 21st-century regulation that is compassionate, supportive, fair and caring, and that cases similar to Dr Arora’s will become ‘never events’”.

GMC: ‘Decisions We Did Not Get Right’

Responding to the review, Charlie Massey, GMC chief executive and registrar, said: “I welcome the report by Professor Singh and Martin Forde. Their examination of this case has been detailed, searching and constructive and I am grateful for their expertise and insight.

“The GMC accepts all of their recommendations without reservation. It is clear that there were decisions we did not get right and for those I have apologised to Dr Arora.

“The report’s co-authors found no evidence of bias at any stage of our decision making, or data to dispel those concerns. Like them, I believe that we must go further than simply comforting ourselves that bias is not apparent. The GMC is a collection of humans, each with their own biases. The challenge for us is to continue to seek out potential bias and address it head-on.

“We share the aspiration of the review’s co-chairs that modern regulation should contribute to a better health system which is compassionate, fair, and supportive. The recommendations in this report will help us to achieve those aims.”

The Doctors’ Association UK (DAUK), which supported Dr Arora throughout, noted in response to the review that: “The impact of a GMC investigation and any subsequent hearing on a doctors’ mental and physical wellbeing is immense.”

Dr Jenny Vaughan, co-lead of ‘Learn Not Blame’ at DAUK, said: “This case, in conjunction with several previous concerning cases, raises again the spectre of disproportionately unfair treatment of the Black, Asian, and minority ethnic medical population. This cannot be tolerated.”

Miss Helen Fernandes, Learn Not Blame committee member at DAUK, described the case as a “travesty” that “should never happen again”. She said:”Cases such as this are leading to an irreparable loss of confidence in the GMC.”

Dr Yasotha Browne, equality, diversity and inclusion lead at DAUK told Medscape News UK earlier this week: “What happened to Dr Arora was in the open arena, meaning many people and bodies were participants including the GMC. We think this highlights an illiterate anti-racist culture. Given that 25% of our NHS workforce is foreign born, this is a terrible concern for welfare and rights. Charlie Massey’s apology should be followed by seismic change to restore trust, that is what is critical.”

These concerns were echoed by the British Medical Association (BMA), whose Council Chair Professor Philip Banfield described the report as “damning”. He said: “This one case lays bare significant flaws in the GMC’s fitness-to-practise processes and decision making.

“With investigation by the GMC and cross examination at tribunal being one of the most traumatic experiences a doctor can go through, it is unforgiveable when this is done needlessly.”

Prof Banfield noted that the review “underlines the urgent need for a more compassionate and supportive approach at every level”, and stressed, “it should not be the case that it took significant social media attention for this to be properly investigated”.

The case is yet the latest to raise issues of discrimination. Prof Banfield said: “As we have said before, this case appeared to be another example in the worrying trend of ethnic minority doctors facing disproportionate regulatory action. While the authors indicated they could find no conclusive evidence of bias in Dr Arora’s case, they said that this was not the same as no bias existing and, crucially, noted that their report will not quell the concerns of ethnic minority doctors who feel routinely discriminated by the GMC process.”

He added: “It is all the more pressing that we now see a root and branch independent evaluation of the entire GMC referral pathway, to ensure that we have a regulation process that is just, fair and proportionate.

“We are glad to see that the GMC has admitted its mistakes, and we remain committed to working with them to rebuild the profession’s trust and confidence in the regulator.”

And then, to this week, just to prove it is far from all over. In an opinion piece published in the BMJ, Aneez Esmail, professor (emeritus) of general practice at the University of Manchester, and Dr Sam Everington, general practitioner at Bromley by Bow Health Centre in London, said that the “GMC has been failing doctors and patients for 30 years”, which is indeed about as long as the pair have been highlighting its shortcomings.

“The General Medical Council has made dealing with criticism into a performative masterclass,” they said. “It has honed several strategies: deny that there is a problem, cite the lack of evidence, commission research that often produces predictable answers to banal questions, and produce an endless series of reports so that it can wring its hands in false contrition and promise that change will come.”

Describing the GMC as a failing, dysfunctional organisation “that serves only itself”, they added, “if the GMC was subject to public scrutiny in the same way that the Care Quality Commission assesses healthcare organisations and general practices, it would be rated as inadequate and subject to special measures”.

The GMC has been given the opportunity to reform itself for over 30 years, they said.

“The gulf between what the GMC says and what it must do to change is now so great that the only solution is for it to be placed in special measures so that a new organisation can be created that can truly represent the needs of patients and doctors.” 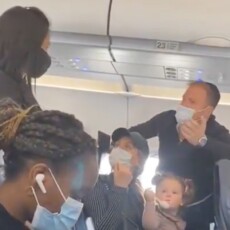 Family Kicked Off Spirit Airlines Flight Because Their 2-Year-Old Child Who Was Eating, Wasn’t Wearing a Mask *Updated* (VIDEO) 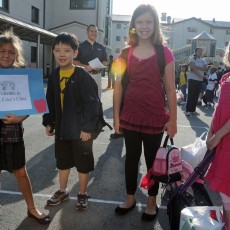