Good news seems to be coming out of Italy.

A 45-year-old pro-family and pro-life conservative has become Italy’s first female Prime Minister. Giorgia Meloni was a conservative journalist who entered Italian politics in 2006. Since 2014 she has led the Brothers of Italy political party, and since 2020 she has been the president of the European Conservatives and Reformists Party.

As to her actual election, the state of play is this:

Italy has several political parties and it is standard practice for parties to campaign in an alliance to form a government. These alliances frequently fall apart and since World War II the temperamental political landscape has led to 68 different governments in 76 years. Once all votes are counted it is up to the President to elect a prime minister — but Meloni is favourite to win given her support — and the entire electoral process is expected to take at least a month.

She has proudly said this: “We defend God, country, and family”. You can tell she must be a champion since leftist politicians in Europe and the leftist media are already sounding the alarm, telling us how terrible it is that she has been elected. She is being called a dangerous far-right politician, and the left are now shaking in their boots.

Sounds good to me. Indeed, she has been unashamed to affiliate with the likes of Donald Trump and Hungary’s prime minister Viktor Orban. She has made it clear that she will resist the radical trans and homosexual agendas, and put family policy first.

Yet she is still condemned as a fascist and a modern-day Mussolini. Let me speak to this further. One person who should know about these matters is Nicholas Farrell who has penned a biography on Mussolini. He wrote a lengthy piece in The Spectator a month before Meloni’s election, and he is well worth quoting from. He says this:

It is indisputable that Brothers of Italy are the heirs to Mussolini, in the sense that the party was founded in 2012 by Meloni and others who had been members of the neo-fascist Movimento Sociale Italiano (MSI) which was set up in 1946 by former fascists. In 1995, MSI became Alleanza Nazionale and rejected fascism. Its then leader served as foreign minister and president of the Chamber of Deputies in successive Berlusconi governments.

‘I have no problem confronting this,’ says Meloni. ‘When we founded Brothers of Italy, we founded it as the centre-right, with its head held high. When I am something, I declare it. I never hide. If I were fascist, I would say that I am fascist. Instead, I have never spoken of fascism because I am not fascist.’

She regards herself and Brothers of Italy as owing more to the late British conservative philosopher Roger Scruton than to the revolutionary socialist Mussolini. In her speeches, she often quotes Scruton. ‘In all the many things he was so passionate about, from art and music to wine and being a country gentleman, he always knew how to embody the essence of conservatism as a way of life and never as an ideology,’ she tells me.

‘I believe that the big challenge today globally, not only in Italy, is between those who defend identity and those who do not,’ she says. ‘That is what Scruton meant when he said that if you destroy something, you do not necessarily do something new and better. I’d probably be a Tory if I were British. But I’m Italian.’

Farrell points out another source of inspiration for Meloni:

She is also inspired by another ‘giant of conservative thought’: J.R.R. Tolkien. Every 3 January, she marks his birthday on her Facebook page, which has 2.3 million followers, and this year wrote: ‘He brought up so many of us with his stories, so rich in values and meanings, which taught us to believe and to dream.’ She tells me that before we met, she imagined that I would look like Tolkien. ‘No! They used to call me Strider, Aragorn,’ I reply.

Why so? Because she was fat as a child. ‘But without Sam Gamgee, nothing, nothing could be done. The truth is Sam is much more useful than Frodo.’

She goes on: ‘The Lord of the Rings is not a book that teaches you something. It’s a book that helps you discover who you are, which is something else. Above all, Tolkien has given me this understanding that power is not a conquest but an enemy, a problem that you must keep under control, on a leash.’

As to her pro-family stance, Farrell says this:

She is accused of having a ‘nakedly reactionary’ agenda — largely, it seems, because of her hostility to illegal migrants and to ‘woke ideology’, which in a speech in America earlier this year she blamed for (among other things) ‘destroying the foundations of the natural family’.

Meloni now accepts gay civil unions (which have been legal in Italy since 2016) but opposes gay adoption. She says that a child has ‘the right to a father and a mother’. She opposes gender politics in schools, and what she calls in Italian-English ‘la LGBT lobby’. A passionate, occasionally manic speaker, she famously shouted at a rally in Rome in 2019: ‘They want to call us parent 1, parent 2, gender LGBT, citizen X, with code numbers. But we are not code numbers… and we’ll defend our identity. I am Giorgia. I am a woman. I am a mother. I am Italian, I am Christian. You will not take that away from me!’

The speech went viral and was even made into a disco dance track which became a smash hit. I spot a framed platinum disc on the wall. Yes, it’s for the song. She cracks up and says: ‘It’s not real! It was a present!’ She laughs a lot. She also smokes the odd ultra-slim cigarette.

That speech that Meloni gave at the World Congress of Families in March 2019 is well worth watching:

Here are a few of her opening remarks:

They said we want to go back to the past. That we’re losers, embarrassing, unenlightened. They said it’s scandalous for people to defend the natural family founded on marriage, to want to increase the birth rate, to want to place the correct value on human life, to support freedom in education and to say no to gender ideology.

And the closing paragraphs of a speech she gave in February 2020 at a National Conservative Conference in Rome are also worth sharing here:

Our patriotism is the will to defend our Homelands from the great challenges of our age. Challenges that will mark the future and the very survival of our civilisation and which we have to face together. The division between extreme nationalisms is as bad as the weakness of ill-defined supranational entities such as the EU. The only possible answer must be the alliance of homelands that believe in a common destiny.

It is this vision that has led us to join the great family of the European Conservatives: the idea of a new Europe as a confederation of sovereign nation-states capable of cooperating on important matters, while remaining free to take decisions regarding matters affecting our daily lives. It is much more than a choice of political positioning; it is taking up a firm stand and choosing sides.

I have an image in mind: President Ronald Reagan and Pope John Paul II walking in the gardens of the President’s residence in Florida back in 1987. It is the image of two great men walking together along the path of history, in that brief period in the 20th century that was to change the world very shortly thereafter, thanks also to them, with the collapse of communism.

Remembering them here today is not simply to pay tribute to them; it is a warning, and a commitment not to betray their dream of freedom, which is ours, too. 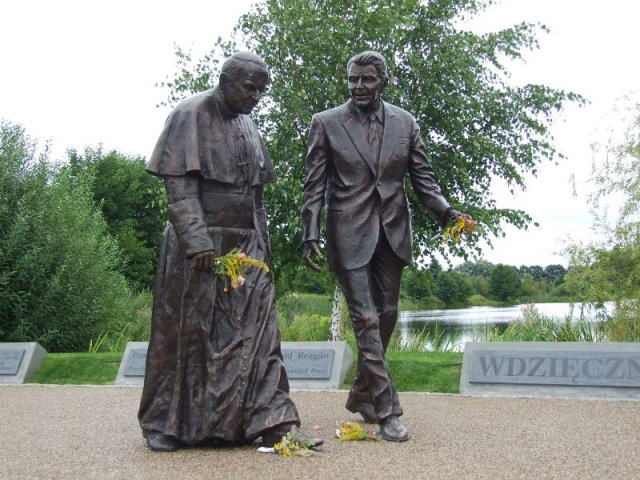 It is of course early days yet, and we will have to wait and see how the new Italian leader proceeds. She and her party do take a hard line on immigration. And under her rule we may see another Brexit — an Italexit. She has been critical of the EU and where it has been heading, and she may well bring the country out of its confines.

So I am quietly hopeful for what may transpire there. With so many leftists running the show in Europe, it is good to see a conservative getting into office. As mentioned, time will tell in terms of how she performs. But at the very least, we need to keep her in our prayers. 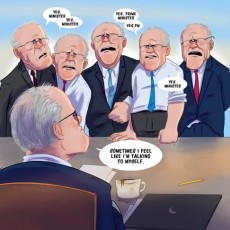 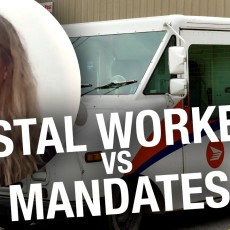 Normal People Are Regarded as a Curiosity