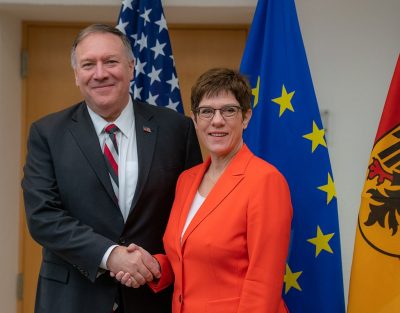 The German Defense Minister’s undiplomatic threat that her country must negotiate “from a position of strength” with Russia, especially regarding military issues, triggered some harsh rebukes from Moscow which aimed to remind her of how unacceptable it is for Berlin to speak in such a way to the Eurasian Great Power.

German Defense Minister Annegret Kramp-Karrenbauer undiplomatically threatened Russia last week when she said that her country must negotiate “from a position of strength” with it, especially regarding military issues, and pledged to “strengthen our position” in pursuit of this goal. The Russian Defense Ministry issued a sharp rebuke by comparing her to a “primary school student” who “compensate[s] for the lack of knowledge of the subject by the loudness of the uttered absurdity.” Russian Foreign Ministry spokeswoman Zakharova chimed in over the weekend by saying what every objective observer already knows, namely that “The strength is there, but it isn’t yours and you can’t control it…[Germany is] completely and utterly within the US military sphere…it might look like power, but it isn’t their own.” The point of these ripostes is to remind Germany that it’s unacceptable to speak in such a way to Russia.

It’s unclear whether Kramp-Karrenbauer’s comment was intended to provoke Russia or was simply a faux pas, but either way, the rhetorical consequences are more than justified. The memory of the Second World War still looms large in Russian society where millions of people march in the streets every year during Victory Day’s Immortal Regiment holding pictures of their family members who served and/or perished in that genocidal conflict which claimed the lives of an estimated 26 million Soviet citizens. That was the last time that Germany ever tried to impose its will upon Russia “from a position of strength”, and Moscow won’t ever allow there to be another one. Kramp-Karrenbauer probably didn’t mean to imply another genocide, but there was no way that Russia couldn’t respond given how historically insensitive her comment was. As an experienced politician, she certainly should have known better.

Russian-German relations are currently worse than they’ve ever been in recent memory. Although Berlin officially remains committed to completing the Nord Stream II gas pipeline despite intense pressure from Washington for it to suspend the project, it also hosts infamous Russian anti-corruption blogger Navalny who accused his homeland of trying to poison him earlier this summer. The German government, which is the most influential one in the EU, paid credence to these groundless claims. It should also be noted that the country leads the anti-Russian sanctions campaign on the continent, which wouldn’t have been possible without its participation. It can’t be known for sure whether Germany has done all of this on its own prerogative or at the orders of its American patron, but either way, they’re extremely unfriendly moves that worsened Russian-German relations.

Moscow never did anything to provoke any of these actions from Berlin. Its reunification with Crimea was carried out in accordance with democratic standards, the country played a key role in attempting to resolve the Ukrainian Civil War via the Minsk Agreements, and President Putin even personally approved Navalny’s transfer to Germany for treatment upon his wife’s request. All that Russia wants is to have equal partner relations with Germany for the betterment of European security, but the US is standing in the way and doing all that it can to divide and rule the continent through its Hybrid War schemes. It was former Polish-American US National Security Advisor Brzezinski who wrote in “The Grand Chessboard” about how his adopted homeland’s interests are best served by keeping the supercontinent divided, to which end the US continues to meddle in its affairs, especially as regards Russian-German relations.

Russia’s harsh rebukes to Kramp-Karrenbauer’s historically insensitive comment were done for reasons of self-respect since the country is a confident Great Power that won’t be talked down to, let alone in such a way, by the political heir of the most infamous Axis power. They might admittedly have the inadvertent effect of heightening the “security dilemma” that the US hopes to provoke between the two, but it should also be said that the Russian representatives nevertheless exercised restraint and didn’t stoop down to her level by replying in kind with symmetrical threats. All that they did was rightly humiliate her for speaking so recklessly, which is exactly what she deserved. Hopefully her head doesn’t get filled with any ridiculous ideas pumped into it by others that could influence her to double down on her rhetoric, but instead does the right thing by trying to move on from her faux pas and hopefully focus on repairing relations with Russia for the benefit of all.

Featured image: Kramp-Karrenbauer with US Secretary of State Mike Pompeo in 2019 (Public Domain) 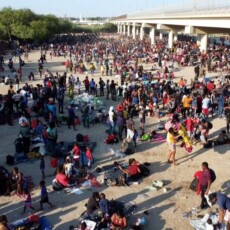 Biden Administration Requires all Foreign Travelers Entering U.S. to be Vaccinated, Except Illegal Border Crossers Who are Exempt From U.S. Rules and Laws 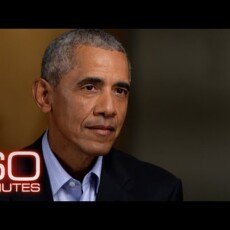