ER Editor: Dr. Andreas Noack, a German specialist in activated carbon and an industry expert, is speaking in the video below not about graphene oxide but about its close cousin, graphene HYDROXIDE. On the nanoscale level, graphene hydroxide is extremely tough: literally indestructible brakepads can be made out of it. And it is extremely sharp, like a razor blade, at merely one atom layer thick.

This video has been very recently making the rounds on video platforms. It is rumoured that Noack died or was killed after making this video, but there has been no independent confirmation of this.

Using the work of Dr. Pablo Campra at Almeira University in Spain (see this recent study of Dr. Campra, MICROSTRUCTURES IN COVID VACCINES: ¿inorganic crystals or Wireless Nanosensors Network? – a PDF of the study can be downloaded for viewing, which contains images of the graphe (hydr)oxide found), Noack claims that following the work of Campra, it is official that graphene (hydr)oxide is present in at least some of the vaccines (some, not all). Thus, the vaccines containing graphene hydroxide are putting microscopic razor blades into a person’s body, thereby causing fairly instantaneous, massive bleeding in the lining of the blood vessels. This, he hypothesizes, is a possible reason for why some people collapse so quickly after being vaccinated and why they have bled so much in the process. So, blood vessels are being cut up by a substance that is not biodegradable, as are other organs, such as the heart and brain. This will even happen to those who don’t die quickly, that they are being cut on a micro level, repeatedly over a longer period of time. It is a phenomenon, he says, that would account for all the heart attacks being reported, and why athletes with relatively fast blood flow would succumb.

He says that only a chemist would understand this about graphene hydroxide. The link to the human body wouldn’t be realized as chemists only deal with substances in petri dishes, not in the human subject. But, he says, every chemist understands this feature of graphene hydroxide. When epitheleal cells lining the blood vessels, normally very smooth, are cut up, then things in the bloodstream start to stick  to them.

He takes aim in particular at the new Austrian chancellor, Alexander Schallenberg, and the president of the Austrian Medical Association, Dr. Thomas Szekeres, who want to vaccinate the entire population. Dr. Szekeres has even talked about forcibly vaccinating people who refuse. As a lawyer, Schallenberg must have the right consulting team around him, yet he continues to advocate a compulsory vaccination policy. ‘He is a mass murderer’ says Noack. ‘As a chemist, I say these are razor blades.’ Doctors know very little about chemistry, he says, but they are doing chemistry in the body and want to vaccinate children and pregnant women. To the doctors doing this he says,

‘what you are doing is mass murder’

‘Austria has the responsibility. They started the vaccine mandate.’

BITCHUTE VIDEO LINK  (several copies have been posted on Bitchute)

Readers may also be interested in this video linked to below. The topic is discussed around the 20 minute mark, by Juan O Savin talking to David Nino Rodrigues, posted on Nov 30 2021. Savin is careful to make a distinction between the spike protein, which the body is being instructed to manufacture by the ‘vaccine’, and the added graphene material, which is damaging the body in a different way. See VIDEO HERE. 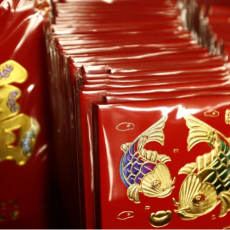 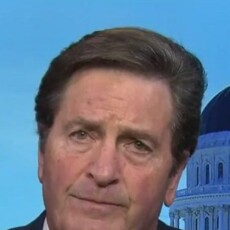