The Georgia Institute of Technology has agreed to pay $50,000 to settle a lawsuit brought by a pro-life student group after the group was denied funding for a speaking engagement by Alveda King, niece of the Rev. Dr. Martin Luther King, Jr.

According to the lawsuit, King was invited by Georgia Tech’s Students for Life (SFL) club to speak “about her experience in the civil rights movement and how students can continue to protect civil rights today.”

To cover the $2,346 cost of King’s appearance, Brian Cochran, then president of SFL, submitted a standard request for funds to the Student Government Association (SGA). Those monies would have been drawn from a student activity fund to which all students are required to contribute.

The plaintiffs alleged that

while requests like this [for amounts under $3,500] are routinely “fast tracked” without any discussion, that was not the case when Brian Cochran presented his request to the … SGA. Instead, SGA members interrogated Brian on the content and viewpoints that would be presented by SFL and Ms. King. SGA members stated that, because Ms. King has been involved in religious ministries, Ms. King’s life was “inherently religious,” and they could not separate the religious aspects of Ms. King’s life from the event about civil rights and abortion. SGA then denied the application. Under such a standard, the Reverend Dr. Martin Luther King Jr. himself would not even be welcome.

The SGA also denied the request on the grounds that “some members may be offended by Ms. King’s presence on campus and the viewpoints she had expressed,” said the complaint.

A short time later, the SGA refused to give SFL $80 to produce a banner showing the stages of human development from conception to toddlerhood unless the group deleted the banner’s title, “Human Development Timeline,” which the SGA deemed too “political.”

Meanwhile, the same SGA had no problem shelling out $2,760 to pay for students to travel to the Young Democratic Socialists of America Winter National Conference or $5,000 to cover an appearance by Andrew Gillum, a pro-abortion Democrat from Florida.

Clearly, the SGA was basing its decisions not on the merits of each request or even on the amounts of money involved but on the political opinions being expressed therein. In short, “Georgia Tech administrators … gave student leaders virtually unlimited authority over huge amounts of money without checking to make sure it was distributed fairly,” Alliance Defending Freedom (ADF) legal counsel Caleb Dalton observed in a guest column in the Atlanta Journal-Constitution. (ADF litigated the case on behalf of SFL.)

“Today’s university students will be tomorrow’s voters and civic leaders,” ADF senior counsel Tyson Langhofer said in a press release. “That’s why it’s so important that public colleges and universities exemplify the First Amendment values they are supposed to be teaching to students.”

The Supreme Court has ruled that public universities that mandate student activity fees must ensure that the funds are distributed in a viewpoint-neutral manner, yet Georgia Tech was not doing so despite the fact that, as Dalton wrote, “a federal judge even put the university on notice that its policies were problematic almost 10 years ago.”

On Thursday, the plaintiffs voluntarily dismissed their lawsuit after they reached a settlement with Georgia Tech in which the university agreed to pay $50,000 in damages and attorneys’ fees — more than 20 times the cost of King’s appearance. While the school admitted no wrongdoing, it did revise its policies to require viewpoint neutrality in SGA funding decisions, including prohibiting the SGA from considering “the presumed popularity of” or “opposition to” the requesting student organization’s “viewpoint” and permitting groups to appeal SGA decisions if they believe they were victims of “viewpoint discrimination.”

“Courageous student leaders across the nation face real opposition from their schools because they choose to stand up for the defenseless and peacefully educate their fellow students about protecting the preborn,” said Students for Life of America President Kristan Hawkins. “The Constitution is clear that public universities can’t discriminate against students for their political or religious beliefs, and we are hopeful that Georgia Tech’s decisive policy changes will set an example for universities around the country to uphold all students’ constitutional rights.”

Michael Tennant is a freelance writer and regular contributor to The New American. 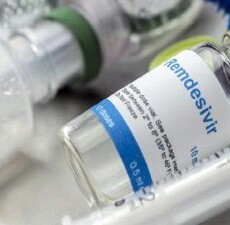