It was widely reported by media and independent observers that Fulton County, Georgia, election officials asked everyone to exit the State Farm Arena on election night at approximately 10:00pm; however, a selected group of election workers remained and conducted sketchy ballot tabulation after observers left.  A complaint was filed with the Georgia Secretary of State.

In a short, albeit obtuse, affidavit filed today in advance of election litigation, Chief Investigator Frances Watson simultaneously highlights the evidence seems to support the claims of fraud and manipulation, but also says it doesn’t.  [pdf link] 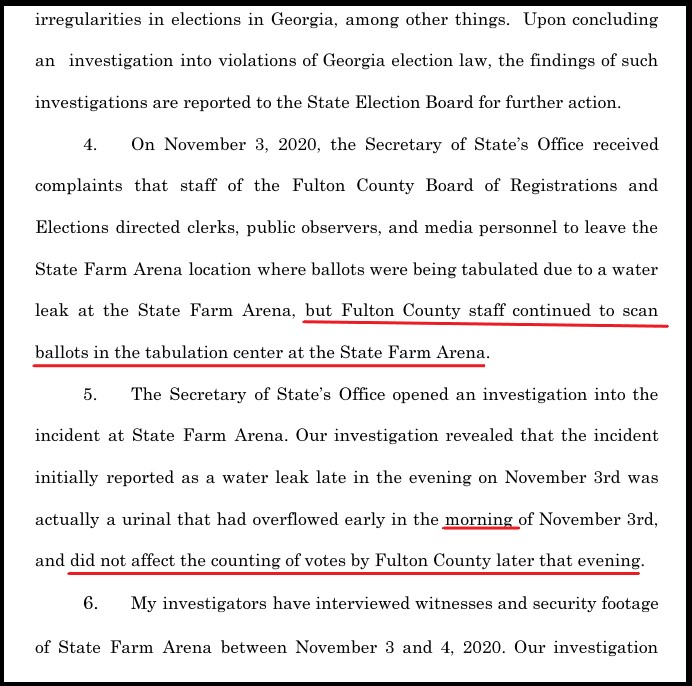 The widely reported “water main” break excuse was actually nothing to do with the widely reported late-evening request to exit the arena.  In essence this part of the affidavit validates the water main lie was false.  It was a lie told to media by someone for some unknown purpose.  But this affidavit gets even more sketchy… 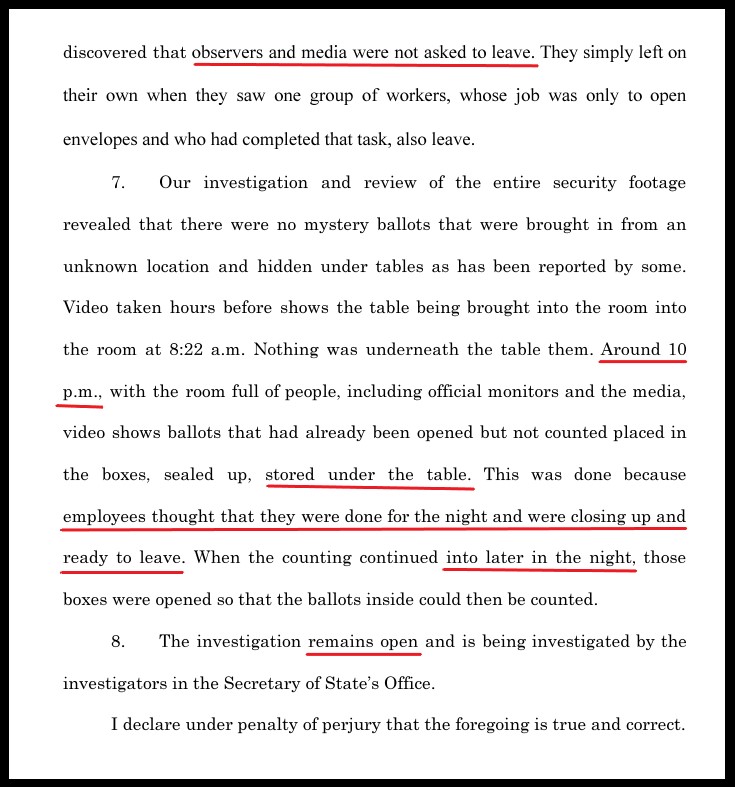 According to Frances Watson workers were “not asked to leave” yet simultaneously they thought “they were done for the night and were closing up and ready to leave.”

Where did the workers, poll watchers and media, get that idea to leave and they were finished if they were not “asked to leave”?  Why did they clean up and prepare to exit along with media and poll watchers if they didn’t expect to leave. It doesn’t make sense.

If anything, the actual behavior of the workers outlined in the affidavit supports the claims within the complaint, and the CCTV video.  However, the “chief investigator” simply ignores the key part of the behavior and instead says the investigation “remains open.”

As noted in Apelbaum, with a moment by moment review of the CCTV footage:

“The video shows a four camera FOV of suite 604, the ballot processing room at the State Farm Arena. At 10:58:05 p.m., as the crew was finishing cleaning-up at the end of the day, one of the supervisors, Ralph Jones (a bald man in a red shirt) received several calls on his cell phone.

Shortly after his second call, the footage shows him and another woman with black hair and blond braids (Shaye Moss) removing 4 rolling transport ballot boxes from under a black cloth covered table at the center of the room. At 11:02:52 p.m., they distribute the ballot trays from the boxes between 4 work stations.

The ‘special’ count task force that consists of 5 individuals then starts feeding the ballots to the 4 scanners. The counting continued for close to two hours and ended at about 12:58 a.m.

The footage shows multiple evidence that the ‘special’ count session was pre-planned and carefully timed, it’s also clear that in the 116 minute period the team sprinted through the ballot scanning process to meet some sort of a deadline.” (read more) 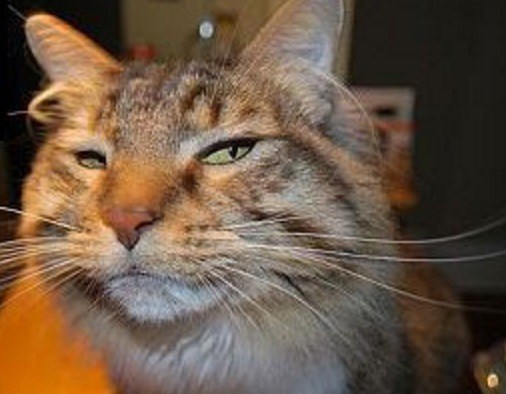 The silence of the professional republican apparatus appears strategically positioned only to ensure the use of President Trump to assist with their Georgia senate intentions; and then, as customary for the decepticon agenda, they will fall in line to status quo and turn their backs on him/us.

The one constant scheme in an ever changing Decepticon universe. 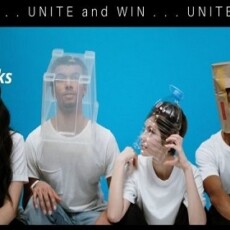 Fightback news: even journalists are breaking ranks as war on humanity flounders