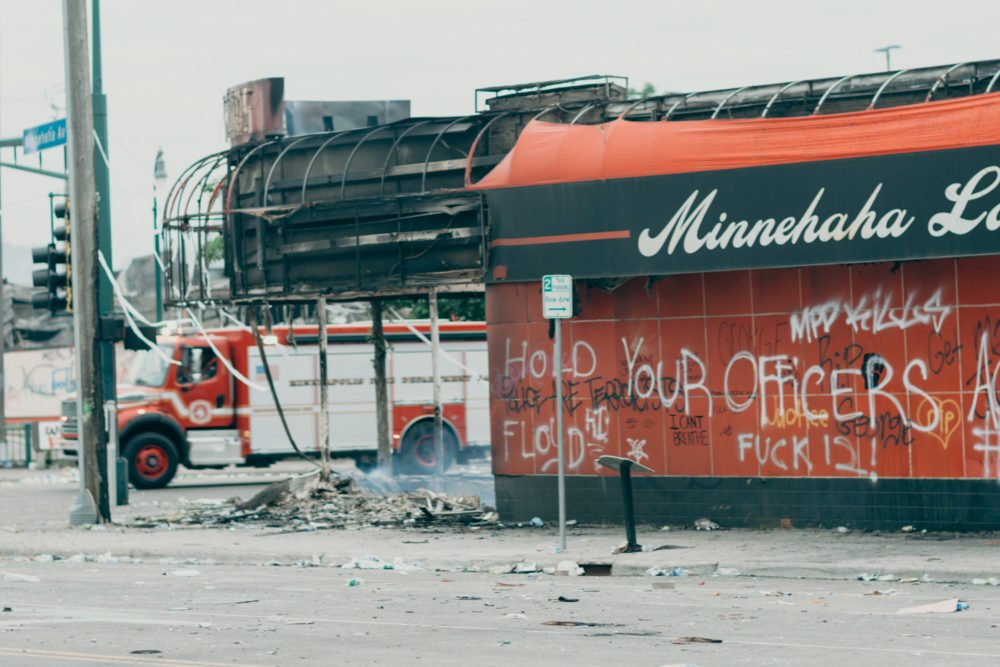 A new report out Wednesday shows this year’s eruption of woke rioting to be the most expensive outbreak of civil unrest in U.S. history, costing insurance companies an estimated $2 billion to cover protestor wreckage in the days following George Floyd’s death.

The sky high price tag comes from an assessment by Property Claims Services (PCS) published in Axios which has tracked claims related to social disorder since 1950. The company classifies any violent outbreak sparking more than $25 million in claims a “catastrophe.”

The $2 billion figure covering claims made from rioting across 20 states between May 26 and June 8 dwarfs the dollar-amounts doled out by insurance companies in the aftermath of previous periods of unrest isolated to individual cities.

“It’s not just happening in one city or state – it’s all over the country,” Loretta L. Worters, a spokesperson for the group told Axios. “And this is still happening, so the losses could be significantly more.”

The only prior outbreak to come close to producing the same level of carnage as the 14 days of rioting after Floyd’s death, measured by insurance claims, are the 1992 Los Angeles riots causing $775 million in insured losses, or more than $1.4 billion in today’s dollars, according to PCS.

Consequent research on the nation’s pandemic of domestic terrorism this summer has further highlighted the breadth of the destruction. The map below shows where the nation suffered nearly 570 violent riots between May 24, the day before Floyd’s death, and Aug. 22, the day before Jacob Blake was shot in Kenosha, Wisconsin triggering a second wave of chaotic demonstrations reaching smaller communities.

New revelations in each high-profile shooting set off mass demonstrations, which often turned violent and call into question the merits of the protests in the first place.

Recent court documents show that Floyd had a lethal dose of fentanyl pulsing through his system as he was taken into police custody which could have killed him regardless absent of police use of force. A closer examination of the circumstances surrounding Blake’s shooting on the other hand, show a resisting 29-year-old plausibly reaching for a knife and therefore posing a threat warranting police use of force.

Riots however, erupt with no nuance as seen in Lancaster, Pennsylvania just this week where protestors immediately took over the streets Sunday after police fatally shot an assailant charging the officer with a knife just a few feet away.

While many businesses have insurance to assist with the damage, a fact that was used against them by rioters out to destroy them as a form of reparations, many small enterprises emerged from the carnage facing the cruel reality that the money collected will only cover a fraction of the cost.

More data from the Armed Conflict Location and Event Data Project (ACLED) shows that 95 percent of this summer’s riots were linked to Black Lives Matter activism, contradicting the corporate media’s narrative that it’s a peaceful protest group adopting the legacy Martin Luther King Jr. to launch a righteous contemporary civil rights movement. The organization meanwhile, is an explicitly Marxist group that has endorsed the destruction of the nuclear family, the root cause of a wide array of issues plaguing the community today.