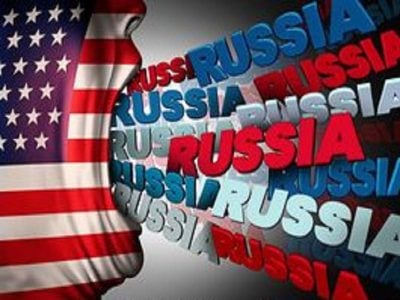 The fact that only 1% of Americans regard Russia as the US’ “most important problem” shows just how out of touch the Mainstream Media is with their targeted audience’s interests. That in turn adds credence to the speculation that they’re being ordered by their government to wage this unprecedented information warfare campaign against Russia despite it only being popular with a fringe minority.

The Mainstream Media (MSM) has been waging an unprecedented information warfare campaign against Russia for nearly half a year already, yet Gallup’s latest poll shows that literally only 1% of Americans consider it to be the US’ “most important problem” despite their government already sending Kiev tens of billions of dollars in their name as part of its proxy war against that Eurasian Great Power. This confirms that those Americans who obsess over Russia are a fringe minority.

The polling company also noted in their report that the 1% of those who consider Russia to be their country’s “most important problem” is a steep drop from March when 9% of them shared that opinion. This suggests that Americans were most powerfully influenced at the onset of the MSM’s anti-Russian information warfare campaign but have since grown numb to it, with domestic issues like inflation, dysfunctional leadership, and abortion being regarded as much more important by them nowadays.

That’s bad news for the warmongers in Washington who wrongly assumed that their targeted audience could continue seeing Russia as their country’s “most important problem” well into the summer. What seems to have happened is that their MSM proxies overplayed their hand and have thus dealt irreparable damage to their information warfare operations after 99% of Americans no longer really care all that much about the Ukrainian Conflict.

Absent a major provocation aimed at artificially manufacturing another false narrative fearmongering about Russia, it might very well end up being the case that this trend is irreversible. Simply put, the MSM shared too many claims about Russia too fast to the point that most people started tuning out after realizing that everything they were being told about what a threat it supposedly was to their country never ended up panning out.

Russia never attacked NATO, World War III didn’t break out, and no fearmongered nuclear apocalypse ever happened unlike what the MSM warned was about to happen. The Ukrainian Conflict remains contained and Americans quickly realized that they have much more important things to worry about like inflation, which nobody seriously blames Russia for. “Putin’s price hike” that Biden never tires of talking about hasn’t caught on and is widely mocked as intellectually insulting propaganda.

There’s probably nothing that the US Government can do to make its people care anymore since most probably wouldn’t bite the bait even if their intelligence services engineered a major provocation like was earlier predicted. This suggests that the Democrats can’t realistically campaign on the Biden Administration’s support of Kiev since 99% of voters don’t think that it addressed their country’s “most important problem”. To the contrary, a growing number consider it to be a money laundering operation.

The fact that only 1% of Americans regard Russia as the US’ “most important problem” also shows just how out of touch the MSM is with their targeted audience’s interests. That in turn adds credence to the speculation that they’re being ordered by their government to wage this unprecedented information warfare campaign against Russia despite it only being popular with a fringe minority. Building upon this observation, it can be concluded that American media isn’t as “independent” as it claims to be.

With a view to the future, it’s unlikely that the MSM’s obsessive smears against Russia will end anytime soon even though 99% of Americans don’t consider it their country’s “most important problem”. That’s because the US Government wants to falsely signal to its transatlantic vassals that their own people supposedly haven’t lost interest in this proxy war in the hopes that this lie will convince their leaders not to waver in their support of Kiev like American officials worry is already in the process of happening.

Like the author noted last week, “The Zelenskys’ Vogue Photoshoot Exposed What A Charade The Ukrainian Conflict Has Become” while Gallup’s latest poll just confirmed that observation with statistical facts that nobody can deny since that company is regarded as the world’s most reputable in its field. This “politically inconvenient” development proves what a failure the MSM’s US Government-managed information warfare campaign against Russia has been.

This article was originally published on the author’s blog site, Andrew Korybko’s Newsletter. 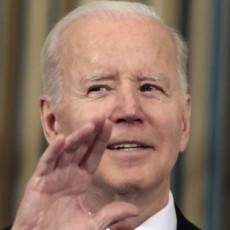