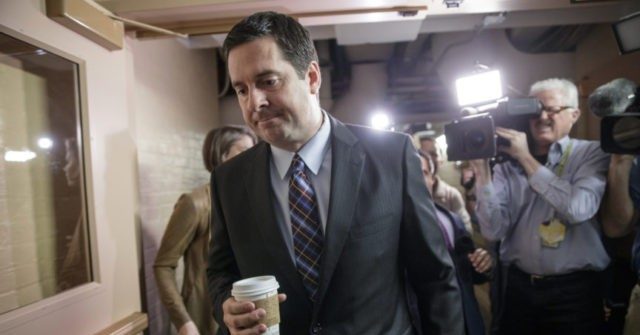 House Permanent Select Committee on Intelligence (HPSCI) ranking member Rep. Devin Nunes (R-CA) was the target of opposition research hits that a local newspaper, owned by a broader national chain, dutifully reprinted on behalf of Fusion GPS without disclosing to its readers the questionable source of the information.

The Fresno Bee published a story in the leadup to the 2018 midterm elections, in late May 2018, that claimed in its salacious headline that Nunes was associated with cocaine and prostitutes at a yacht party. “A yacht, cocaine, prostitutes: Winery partly owned by Nunes sued after fundraiser event,” read the headline from Fresno Bee reporter MacKenzie Mays on the May 23, 2018, article.

The article itself, however, does not back up the headline. What happened was that a winery that Nunes has a minority ownership stake in—meaning he has no management decision-making authority, just a minority stake in the firm—held a charity auction for a yacht ride. On the yacht ride, the winners allegedly, per a lawsuit from a winery staffer at the event, had been doing lots of cocaine and had prostitutes on board who engaged in nefarious acts. While that sounds like an awful experience for the staffer who endured it—the lawsuit was settled out of court—the idea this had anything at all to do with Nunes is simply untrue.

Kelly Carter, the spokesperson for the winery named Alpha Omega, made that clear in a statement to the newspaper. Rep. Devin Nunes is one of a few friends [Alpha Omega owner Robin Baggett] invited to invest in the winery in 2005. None of the investors has ever been involved with the management of the company. Robin is the sole managing partner and ultimate decision maker at Alpha Omega,” Carter said.

While Nunes did not comment for the original story, he did later run a series of advertisements against the newspaper over the salacious article for conduct to which he had no connection—pretty aggressive for a sitting member of Congress to challenge his local newspaper in broadcast advertisements.

Like you, I live in the San Joaquin Valley. My family lives here, my daughters go to public schools here, and I spend most of my time here when I’m not in Washington or visiting United States military and intelligence personnel abroad. Sadly, since the last election, the Fresno Bee has worked closely with radical left wing groups to promote fake news stories about me. Now, I signed up for this job and I find the attacks amusing. I haven’t said much about the Bee’s strange crusade against me even when reporters went creeping around my neighbors’ and relatives’ homes. But the Bee has run multiple articles slandering a California Agri-Business simply because I’m one of its investors. It’s time to set the record straight. For many years, the owner of Alpha Omega, a small, family-owned winery and vineyard, has donated the use of its boat to charities for underprivileged kids. In 2015, one of the purchasers of this auction item abused the use of the boat. The Bee has run numerous false stories about this incident.

Nunes then says in the 2018 ad that listeners can “hear the real story” in a statement provided by the winery for broadcast. In that statement, a spokesperson for Alpha Omega says that the Fresno Bee “cited false information stating the people aboard the boat were Alpha Omega investors.”

In fact, as we informed the Bee, those aboard the boat had no personal or business connection to the winery or its owners.  Furthermore, a Bee editorial claimed it’s unclear if Mr. Nunes was affiliated with the fundraiser for the boat when in fact we repeatedly told the Bee he had no affiliation with it whatsoever. The Fresno Bee also falsely reported that Alpha Omega sold wine to Russia while Mr. Nunes led an investigation of that country. We would appreciate it if the Fresno Bee would stop regurgitating false stories when it has the facts.

Nunes concluded in the ad that he does not mind the criticism of him, but the paper’s attacks on local businesses are a bridge too far:

The Bee’s band of creeping correspondents can go after me but for them to drag a family company through the mud and hurt innocent people’s livelihoods to advance their political agenda is wrong. The Fresno Bee and its parent company — McClatchy — should apologize to Alpha Omega, retract their false news stories and stop embarrassing the San Joaquin Valley.

The ads prompted the Fresno Bee’s editorial board to write a lengthy piece claiming Nunes’s claims in them were “fake news.”

In the editorial, the Bee’s first claim from Nunes that it took issue with was him saying in the ad that the newspaper “has worked closely with radical left wing groups to promote fake news stories about me.”

In response, the Bee claimed this was untrue. The newspaper’s editorial board wrote:

The Bee has never done any such thing. Does Nunes identify those groups he refers to? No. And he can’t, because such a thing never happened. The Bee’s newsroom follows time-honored ethical standards of journalism, and did for this story. One of the tenets is to let all subjects in a story have their say. But since Nunes refused to be interviewed for this story, his side could not be reported. He made it one-sided by his own choosing. By not talking to The Bee, then claiming the story to be “fake news,” Nunes reveals his strategy for dealing with Bee journalists. He also loves to combine the words ‘radical’ and ‘left wing’ to make a point to his conservative base.

The newspaper published this editorial in mid-June 2018, before evidence later emerged in November 2019 that proved Nunes correct—and the Bee incorrect.

Fusion GPS, the opposition research firm behind the now-debunked hoax of Russia collusion—which Nunes played a critical role in unraveling—was apparently behind the hit against Nunes, its leaders Glenn Simpson and Peter Fritsch wrote in their book Crime in Progress. Simpson and Fritsch wrote:

In the end, Fusion found an obscure bit of litigation that lit up the race. In May, weeks after that discovery, Nunes’s ownership stake in the Napa winery Alpha Omega became national news when The Fresno Bee reported on a lawsuit filed in California state court by a young woman who had worked serving wine at a 2015 tasting event aboard the winery’s sixty-two-foot yacht.

In other words, the Fusion GPS leaders Simpson and Fritsch admit—or perhaps, more accurately, brag—in their book about being the ones who dug this up and got the newspaper to run the story.

Simpson and Fusion GPS were of course the ones behind the now discredited anti-Trump Christopher Steele dossier that led to the Russia hoax investigation. But when that was unraveling, according to Simpson’s and Fritsch’s book, they were engaged in a smear campaign against the leading Republican in Congress who was unpacking the entire scandal—and getting his local newspaper and the newspaper chain that owns it, McClatchy, to smear him in any way they could.

Nunes’s role in unraveling Simpson’s work to spark the now-debunked Russia scandal against Trump is featured in an upcoming film by Amanda Milius, the daughter of legendary screenwriter and director John Milius, titled The Plot Against the President. The documentary is a film version of Lee Smith’s bestselling book with the same title.

But the fact that Fusion GPS went to such lengths to try to politically destroy Nunes—and the fact that McClatchy newspapers and the Fresno Bee went along with it—are particularly interesting. Fresno Bee editor Joe Kieta did not reply to Breitbart News’s request for comment about Fusion GPS’s leadership bragging about planting the anti-Nunes hit in his newspaper—something that proves Nunes’s 2018 ad against the paper correct, and the newspaper’s 2018 editorial supposedly rebutting the ad incorrect.

What’s even more interesting about this is that the yacht, winery, cocaine, and prostitutes fake news hit is not the only hit piece that McClatchy’s newspapers published on Nunes that Fusion GPS is taking credit for. From McClatchy’s D.C. bureau, reporter Kate Irby bylined two pieces—both in July 2018—that claimed respectively Nunes misused campaign funds for Boston Celtics tickets and a Vegas trip, and for private jet charters. It turns out, according to Simpson’s and Fritsch’s book, both came from Fusion GPS.

They wrote in the book regarding the Vegas and Boston trips that “Fusion discovered” the information that would find its way into the McClatchy report, and regarding the private plane report that “Fusion found” the information that would find its way into that followup story. Unsurprisingly, like much of Fusion GPS’s work, neither of these stories has progressed beyond the original McClatchy article–suggesting that the supposed allegations of impropriety against Nunes from 2018 did not rise to the level of something serious enough for any actual action against him. In other words, they were nothing more than another political smear.

This hyper-targeted political campaign was so unusual for Fusion GPS, which had its case against Trump crumbling thanks to Nunes’s work unraveling the dossier, that Simpson and Fritsch even admit it in the book. They wrote:

Fusion ordinarily didn’t work on congressional races, but as the [2018] election drew closer, the firm began to mull a few ways it could have an impact. Later, it would decide to design and launch a more systematic cyber-monitoring campaign, but first it went small, focusing on a single congressional district in California’s heavily agricultural Central Valley. That solidly red seat happened to have been occupied since 2003 by one Devin Nunes.

McClatchy actually had a very close working relationship with Fusion GPS, far beyond its hits on Nunes. The newspaper chain admitted in a July 2017 article that it had obtained the now-infamous and demonstrably false dossier before it was publicly released by BuzzFeed. As far back as January 2017, McClatchy was pushing content from the dossier in the immediate aftermath of its release. Fusion GPS also pushed a false story—that McClatchy published—alleging that conservative attorney Cleta Mitchell was aware of a secret Russian plot to launder money to the Trump campaign through the NRA. McClatchy even falsely reported that ex-Trump lawyer Michael Cohen was in Prague, according to cell phone records, and claimed that Special Counsel Robert Mueller had proof of that, even though Mueller’s final report debunked it.

Nunes is currently waging a number of different lawsuits against various establishment media outlets, including McClatchy, as well as against Fusion GPS. 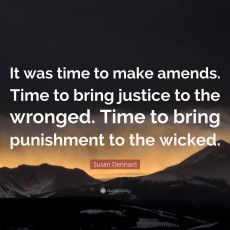 Time To Bring Punishment to the Wicked

Where are all the Covid patients!