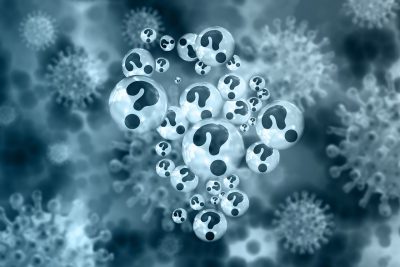 According to a Daily Mail report (August 14) the British authorities have been involved in the practice of “double-counting” the official RT-PCR test results. It is presented as an unfortunate error or mistake:

Number 10 has repeatedly boasted about the number of tests it is capable of doing – with capacity now reportedly at around 340,000 per day.

But the government has now admitted a staggering one in 10 coronavirus tests were counted twice.

“And today it emerged 1.3 million counted (RT-PCR) tests have been removed from the official government total because they were counted twice.

In a statement on the website … the Department said: ‘An adjustment of -1,308,071 has been made to the historic data for the “tests made available” metric.”

‘The adjustments have been made as a result of more accurate data collection and reporting processes recently being adopted within pillar 2.’

The Department for Health said there had been ‘a double-counting of test kits that had been dispatched and which had not been removed from the labs processed data’.Justin Madders, the shadow health minister, told the newspaper that the data on testing had been ‘shambolic’ for months.

He said: ‘To now retrospectively adjust the testing figures by 1.3m overnight – without explanation – is the latest in a long line of chaotic failings by the government on testing. (Daily Mail, August 14, 2020)

And now Deloitte Touche, a Giant Accounting firm has been put in charge of coordinating the tests in the UK, with a view to inflating the numbers.

Meanwhile a second wave has been announced. The fear campaign has gone into high gear.

According to the Daily Mail report:

The double-counted tests were added between May 14 and August 12, but the total number of tests ‘made available’ before and after the adjustment is unclear.

The error reportedly came to light in July but was not corrected until this week, The Guardian reported.

The Government describes tests as ‘made available’ because it includes tests sent to people’s homes that are counted whether someone takes the test or not. (Daily Mail, August 14, 2020, emphasis added)

“Came to light in July” is a boldface lie. The “Double counting” procedure was known. It was reported on May 21. The manipulation of Covid data applying double counting is well in excess of three months as claimed by the British government.

According to a Daily Telegraph May 21 report: “samples taken from the same patient are being recorded as two separate tests in the Government’s official figures”.

“Tens of thousands of Covid-19 tests have been double-counted in the Government’s official tally, public health officials have admitted.”

“Diagnostic tests which involve taking saliva and nasal samples from the same patient are being counted as two tests, not one”.

The Department of Health and Social Care and Public Health England acknowledged (May 21) that they were involved in double-counting.

“This inflates the daily reported diagnostic test numbers by over 20 per cent, with that proportion being much higher earlier on in the crisis before home test kits were added to the daily totals.”

They acknowledged the fraud back in May. But nothing was done to rectify the double counting UNTIL August 14.

This is not a “mistake” or “incompetence”. It is a deliberate intent to falsify the data and inflate the number of positive cases with a view to sustaining the corona fear campaign.

Bear in mind that the “double counting” numbers were used by the Boris Johnson government to maintain the lockdown and delay the reopening of the British economy. Not surprisingly, the UK had the largest number of so-called “confirmed cases” in Europe. (See Michel Chossudovsky, Global Research, May 22, 2020)

According to the Daily Telegraph (21 May, 2020) “Almost 350,000 more tests have been reported in Government data than people tested since the start of the pandemic [on March 11].”

“The discrepancy is in large part explained by the practice of counting saliva and nasal samples for the same individual twice.”(Telegraph, May 21)

When did this start? And why did public health staff not speak out? Or were they instructed to shut up?

And who was in charge of instructing health staff  “to double count”. Will there be an inquiry?

From the outset, England health officials have been promoting “home test kits” which are said to be “reliable” and “accurate”. (And these are also included in the “confirmed cases”).(See Michel Chossudovsky, Global Research, May 22, 2020)

“It is not the first time the Government has been caught massaging the testing data. It was accused last month of including thousands of home tests which had been posted but not completed in a bid to reach its target of 100,000 tests.” (Telegraph, May 21, 2020)

The broader process of data manipulation

“Doubling the figures” is but the tip of the iceberg. It is one among several procedures used to inflate the so-called “confirmed cases” of the standard RT-PCR test. The use of test kits which are sent out to patients is also an obvious form of bias.

To understand the broader process of data manipulation regarding so-called “confirmed cases”, we must address the nature of the RT-PCR test and the Covid so-called Positive estimates.

“COVID-19 is similar to SARS-1.  Moreover, immunologists have confirmed that COVID-19 has similar features to a seasonal influenza coupled with pneumonia.

Bear in mind: The RT-PCR test is identical to the test used in the case of seasonal influenza. So if you test positive, Positive to What??

What the governments want is to inflate the positive cases.

“Confirmed Case” are not confirmed

The RT-PCR Test Does not isolate the virus

The RT- PCR tests do not prove anything. According to Dr. Pascal Sacré, “these tests detect viral particles, genetic sequences, not the whole virus. Positive RT-PCR is not synonymous with COVID-19 disease!”

The media frighten everyone with new positive PCR tests, without any nuance or context, wrongly assimilating this information with a second wave of COVID-19.

According to renowned Swiss immunologist Dr B. Stadler

So if we do a PCR corona test on an immune person, it is not a virus that is detected, but a small shattered part of the viral genome. The test comes back positive for as long as there are tiny shattered parts of the virus left. Even if the infectious viri are long dead, a corona test can come back positive, because the PCR method multiplies even a tiny fraction of the viral genetic material enough [to be detected].

These issues are never mentioned by the media.  The results of the tests are misinterpreted with a view to increasing the so-called “confirmed cases”.

Amply documented the figures are manipulated. The death certificates are also falsified, particularly in the United States. 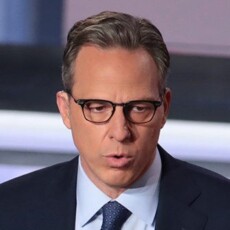 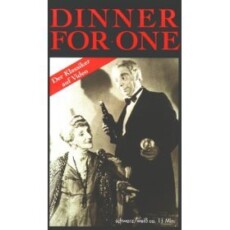 Same Procedure as Every Year: The Story of “Dinner for One” 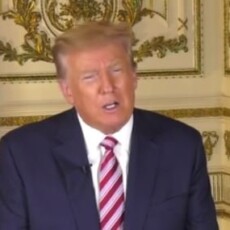 BREAKING: President Trump Announces He’s Thinking About Holding a Rally Soon “To Let Everybody Know There’s Hope in the Future”