According to indictment, the defendants were members and associates of the Los Ghettos Criminales Salvatruchas (“LCGS” or “Ghettos”) clique of MS-13, with Ordonez being the leader of the LGCS clique. MS-13 members and associates met on a regular basis to, among other things, discuss gang affairs and report on acts of violence committed by their members, with the goal of inciting and encouraging further violence. Each clique held clique meetings where business specific to that clique was discussed. Any perceived indiscretions by members and associates for violations of MS-13 rules were discussed at clique meetings, and punishments known as “courts” or “violations” were issued. Courts or violations often took the form of beatings by fellow MS-13 members. More serious violations resulted in the issuance of a “greenlight.” A greenlight was an order and/or approval to kill.

The indictment alleges that on March 8, 2019, Ordonez held a meeting for LCGS clique members at his residence to discuss clique matters, including recent contacts that an LGCS member (Victim 1) had with police. During the meeting, Ordonez questioned Victim 1 about his/her recent interaction with police and other matters. As a result of suspicions that Victim 1 was cooperating with police, the defendants and at least one other MS-13 member allegedly assaulted Victim 1 and another LGCS member who attempted to defend Victim 1 from the assault. The assault on Victim 1 continued, with Victim 1 being beaten, cut, and stabbed, and culminated with Ordonez, as LGCS clique leader, allegedly ordering Victim 1 be killed. The indictment alleges that Ortega, Hernandez, Rodriguez, and other LGCS clique members stabbed and murdered Victim 1 on Ordonez’ orders, for reasons including suspicions that Victim 1 had cooperated with law enforcement.

All of the defendants are currently detained on related state criminal charges.

The defendants face a maximum sentence of 20 years in federal prison. Initial appearances have not yet been scheduled in U.S. District Court. 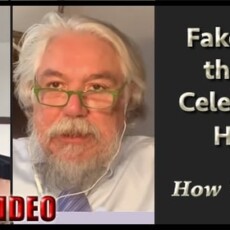 Prof. Meluzzi: ‘In High Places They Made False Vaccines, They Proposed It Even to Me’ [VIDEO] 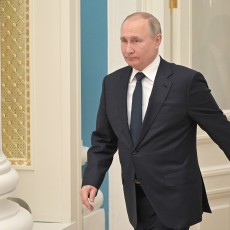