ST. LOUIS – A man from St. Louis County, Missouri on Thursday admitted cashing his mother’s Social Security checks for 26 years after her death.

Reginald Bagley, 62, of Dellwood, pleaded guilty to a felony charge of stealing money belonging to the United States. Bagley admitted that his mother’s death on March 12, 1994 was not reported to the Social Security Administration. In 1998, a bank account was established to directly deposit her benefits. The bank statements went to Bagley’s address in the name of either Bagley or his mother since then. After the Social Security Administration learned that Bagley’s mother was not using her Medicare benefits, they sent a letter to her address in an attempt to contact her.

Bagley quickly closed the bank account that was receiving the benefits, receiving a cashier’s check for the remaining balance on July 24, 2020.

Bagley on Thursday admitted stealing a total of $197,329 in Social Security benefits to which he was not entitled.

At his sentencing, scheduled for March 29, Bagley will be ordered to repay the money. The charge carries a maximum penalty of up to 10 years in prison, a $250,000 fine or both.

The case was investigated by the Social Security Administration – Office of Inspector General. Assistant U.S. Attorney Diane Klocke is prosecuting the case. 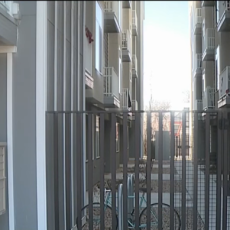 Homeless man slits woman’s throat after she let him into her home to shower, cops say 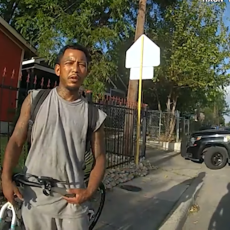 “I HAVE A GUN! I’M GONNA SHOOT YOU!” San Antonio Police Release Footage of Fatal Shooting of Person Mistaken For Suspect