Editor’s Note: William Engdahl is the leading intellectual on seeds (See his Seeds of Destruction). In April 2020, he laid out the problem of the pandemic’s breakdown in agricultural supply chains. He wants you to circulate this article freely.

Over the past decades, the organization of the entire world food supply from farm to consumers has been reorganized into a globalized distribution known as agribusiness. With most of the world in lockdown … that the global food supply chain is in danger of catastrophic breakdown.

The imposition of unprecedented mass quarantine, school and restaurant closings, factory closings across most of the world is putting the focus on the alarming vulnerability of what is a global food supply chain to severe breakdown. Before the lockdown, an estimated 60% of all food consumed in the United States today was consumed outside the home. That includes in restaurants, fast food places, schools, in university cafeterias, company cafeterias and the like.

That has now been all but shut since March, creating huge disruptions to what had been a well-organized supply chain delivery. Large restaurants or company cafeterias receive supplies of everything from butter to meat in entirely different volumes and packing than a retail supermarket. A major vulnerability exists in the mammoth agribusiness concentrations known as CAFOs or Concentrated Agriculture Feeding Organizations.

On April 12, one of the largest pork processing plants in the USA, Smithfield Foods, in Sioux Falls, South Dakota, announced it would close indefinitely after several hundred of its 3,700 employees tested positive for coronavirus, COVID-19. The closing of that one plant will impact some 5% of US pork supply. Smithfields Foods is one of the world’s largest agribusiness concentrations.

In 2018, Smithfields, the world’s largest pork producer, was forced to pay almost half a billion dollars in its Tar Heel, North Carolina plant for massive and unreasonable pollution. That one plant, the world’s largest processing plant, slaughters some 32,000 pigs daily. The animal fecal waste, mixed with massive doses of antibiotics to control infections, was cause of the lawsuit.

Smithfields Foods has facilities in Mexico, Poland, Romania, Germany, and the United Kingdom, mostly countries where regulations are lax. And the Virginia-based group today is owned by China. In 2013 the largest meat producer in China, WH Group of Luohe, Henan, purchased Smithfield Foods for $4.72 billion. That made the Chinese company one of the largest foreign landowners in the United States and owner of the largest pork supplier in the USA. Given that China suffered a devastating loss of its pig population in 2019 from African Swine Fever by as much as 50%, today there are huge competing demands on the pork production from Smithfields.

The COVID testing at the South Dakota plant is just the tip of a very precarious iceberg of infections and sickness, not only coronavirus strains, that is endemic to the huge concentration of agribusiness in North America and globally.

Another giant meat processing conglomerate, Tyson Foods, on April 6 was forced to shut its plant in Waterloo Iowa after death of two workers tested positive for coronavirus. On April 17 after four workers at a Tysons plant in Camilla, Georgia, died after being tested positive for COVID-19, pressure has been building for the company to close that plant as well. To date the company says it will do temperature testing and require face masks in the densely-crowded, low pay plant. The trade union is asking 14-day quarantine paid sick leave for workers tested positive, so far without success. There is no evidence of detailed examination into whether these workers died of co-morbitity from other infections and happened also to test coronavirus positive.

Tyson Foods, an Arkansas company, whose then head, Don Tyson, was instrumental in Clinton’s 1992 presidential victory, is the world’s second largest processor and marketer of chicken, beef, and pork, with sales of $46 billion in 2019. Tyson Foods is a major meat supplier to Wal-Mart, the huge Arkansas retail giant. It also supplies fast food chains such as KFC. Since an agreement in December, 2019, Tysons also exports significant volumes of chicken parts and pork to China to help fill the lack of pigmeat protein there, in addition to owning major poultry facilities in China. Reportedly, workers, typically low-paid, work elbow to elbow with no access to masks.

Even without coronavirus fears, the CAFO plants are rife with sickness and toxins. The size of the company’s facilities is staggering. One Tyson Foods facility in Nebraska produces enough meat products every day to feed 18 million people. Tyson, one corporation, controls roughly 26 percent of US beef production.

On April 13 JBS USA Holdings was also forced to close its main US facility in Greeley, Colo., for a deep cleaning, and all of its workers will be tested before they can return for their jobs after major numbers of coronavirus positive cases were tested thereafter two workers, one 78 years old, died. JBS USA is a subsidiary of JBS S.A., a Brazilian company that is the world’s largest processor of fresh beef, with more than US$50 billion in annual sales. The subsidiary was created when JBS entered the U.S. market in 2007 with its purchase of Swift & Company. JBS USA controls some 20 percent of US beef production.

The third-largest US meat processor, Cargill, has cut half its workers at their Fort Morgan Colorado meatpacking plant as multiple positive coronavirus tests emerged. In Canada, Cargill, has tested 358 coronavirus positives at its major Alberta meat-packing plant. The food-workers’ union there is calling for the plant to be closed for two weeks to develop a better health strategy, a plea so far ignored by Cargill. At the same time, the company laid off 1,000 of its 2,000 workers at that plant, refusing to give details. The plant, one of two beef suppliers to McDonald’s Canada, processes thousands of cattle daily. Cargill today controls about 22 percent of the US domestic meat market.

These three giant corporate conglomerates, then, control more than two-thirds of the total meat and poultry protein supply of the United States and additionally supply major exports to the rest of the world. That is a concentration which is alarmingly dangerous as we are beginning to see. Whatever coronavirus test results, they are huge cesspools of toxins that workers are exposed to. Covid-19 tests would indicate positive for such toxic infections as well as they do not directly test the presence of any virus, merely of antibodies claimed to indicate COVID-19.

This unhealthy degree of concentration was not always so. It began as a strategic project of Nelson Rockefeller and the Rockefeller Foundation after World War II. The idea was to create a corporate strictly-for-profit vertical integration and cartelization of the food chain as John D. Rockefeller had done with Standard Oil and petroleum. Rockefeller money funded two Harvard Business School professors. John H. Davis, former Assistant Agriculture Secretary under Eisenhower, and Ray Goldberg, both at Harvard Business School got financing from Rockefellers to develop what they named “agribusiness.” In a 1956 Harvard Business Review article, Davis wrote that “the only way to solve the so-called farm problem once and for all, and avoid cumbersome government programs, is to progress from agriculture to agribusiness.”

The Harvard group was part of a Rockefeller Foundation four-year project in cooperation with economist Wassily Leontieff called “Economic Research Project on the Structure of the American Economy.” Ray Goldberg, an ardent proponent of GMO crops, later referred to their Harvard agribusiness project as, “changing our global economy and society more dramatically than any other single event in the history of mankind.” Unfortunately, he may have been not all wrong.

In fact what it has done is to put control of our food into a tiny handful of global private conglomerates in which the traditional family farmer has all but become a contract wage employee or bankrupted entirely. In the USA today some industrial cattle feedlots hold up to 200,000 cattle at a time driven by one thing, and one thing only, and that is economic efficiency. According to USDA statistics, the number of cow/calf ranch operations in the US has dropped from 1.6 million in 1980 to less than 950,000 today. Similarly, the number of small farmer/feeders – those who fatten the cattle in preparation for eventual slaughter – has declined by 38,000. Today fewer than 2,000 commercial feeders finish 87 percent of the cattle grown in the United States.

Food production, like electronics, has become global, as cheap foods are mass packaged and shipped worldwide. After the collapse of the Soviet Union in the 1990s, Russian shops were flooded with Western agribusiness brand products from Nestle, Kelloggs, Kraft and the like. Domestic farm production collapsed. Much the same has taken place from India to Africa to South America as cheaper multinational products drive out local farmers. China before the current crisis imported 60% of its soybeans from US-controlled grain companies such as Cargill or ADM.

The system is essentially one in which farming has transformed to become factories to produce protein. It takes GMO corn and GMO soybeans to feed the animal, add vitamins and antibiotics in massive amounts to maximize weight gain before slaughter. The vertical integration of our food supply chain under globalization of the past decades has created an alarming vulnerability to precisely the kind of crisis we now have. During all past food emergencies production was local and regional and decentralized such that a breakdown in one or several centers did not threaten the global supply chain. Not today. The fact that today the United States is far the world’s largest food exporter reveals how vulnerable the world food supply has become. Coronavirus may have only put the spotlight on this dangerous problem. To correct it will take years and the will to take such measures as countries like Russia have been forced to do in response to economic sanctions.

*F. William Engdahl is strategic risk consultant and lecturer, he holds a degree in politics from Princeton University and is a best-selling author on oil and geopolitics, exclusively for the online magazine “New Eastern Outlook” where this article was originally published. He is a Research Associate of the Centre for Research on Globalization. 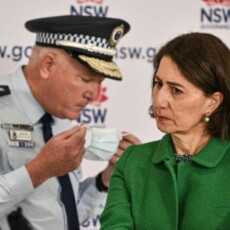 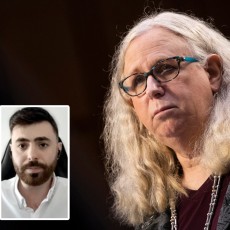 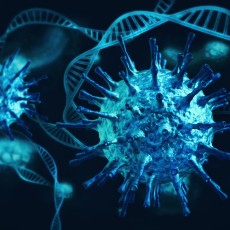 Queensland Government Caught out Trying To Fool Business’s, From Dec 17 They Are Going To Ban the Unvaxxinated When All Cov Safe Policies Will Have Been Revoked