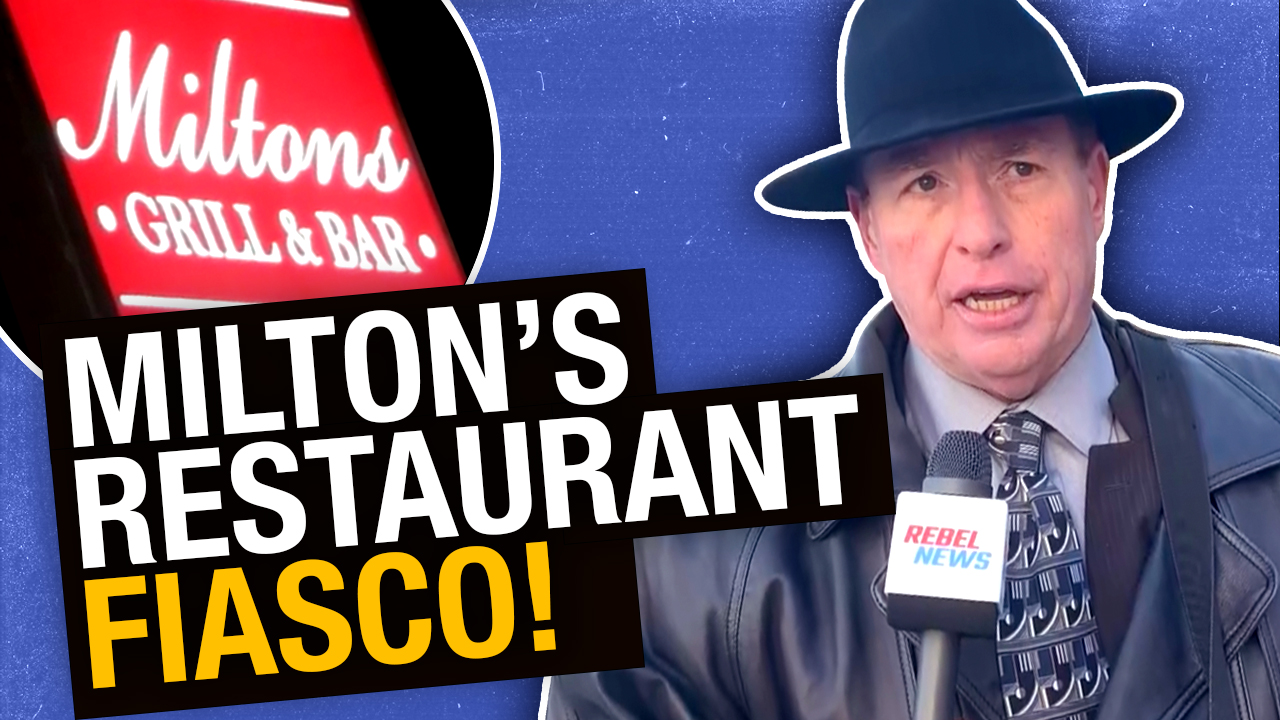 You may recall a disturbing video that went viral on social media earlier this month regarding Justin Leckie, a violinist with the Cambridge Symphony Orchestra.

Justin had visited Milton’s Restaurant in Kitchener, Ont. with his service dog, Epi.

If you’ve seen the video, it is truly shocking and unforgettable. The video depicts Justin and his service dog, Epi, inside the eatery.

Justin is afflicted with Asperger’s Syndrome, and relies on Epi to help him with anxiety, panic attacks and depression.

Reportedly, Justin has eaten at Milton’s in the past without incident. But at a certain point in the video, all hell breaks lose as two men begin to violently manhandle Justin.

This is allegedly due to Justin not having his service dog’s certification papers with him. Justin is forcibly removed from the restaurant by someone who appears to be the owner, Dionisios Gianopoulos, and another individual who might be the manager.

It is unclear why they thought it was necessary to use such force against Justin.

A police investigation was launched, and at time of writing, the Waterloo Regional Police Service told Rebel News that their investigation is still ongoing.

Said Dionisios: “Of course we want everybody to come here, we’re a business. We had nothing to do with the dog. We said the dog has to have a permit. You don’t show [it], dog not allowed. We have so many customers that come in here with dogs, eye dogs, or anything. They show their permit the first time they come in here, and the next time we don’t ask them again. But the first time everybody has to show [them].”

Alas, yet another example during this day and age of COVID-19 protocols of someone uttering that disturbing phrase, “Your papers, please..!” Albeit this time the paperwork was required for a service dog as opposed to proof of vaccination.

Even so, the force Dionisios and the other man use against Justin in terms of physically removing him from the restaurant is cringe-inducing.

When the video first appeared, even Ontario Premier Doug Ford weighed in on the matter:

Said Premier Ford: “It’s a real unfortunate situation. You know, if you have a service dog, it’s legal to bring a service dog into a restaurant. So it’s unfortunate, and that’s for any owner, be respectful of service dogs and the people that bring them into your restaurants.”

Of note, Epi is indeed a bona fide service dog, getting certified in April 2018 after she underwent more than 400 hours of training alongside Justin.

And according to the Accessibility for Ontarians with Disabilities Act, any service animal must be allowed to stay with their owner when they receive services, be it supermarkets and taxi cabs to restaurants.

So it was that we personally visited Milton’s Restaurant to get their side of the story.

This visit was prompted due to the fact that after the video went viral and people protested outside Milton’s, the restaurant disconnected its phone number and took down its website.

We assume this was due to a barrage of outrage from members of the public who were appalled by the treatment Justin received.

We spoke with an employee who actually witnessed the event, but she declined to comment.

Owner Dionisios Gianopoulos was not at the restaurant at the time.

Our takeaway from our brief visit? Milton’s looks like a wonderful place to grab a bite. It also has an awesome patio. And when we spoke to a woman outside picking up a to-go order, she said the food at Milton’s is superb, giving special mention to their chicken wings being “the best in town.”

But what was also very noticeable was the near-empty parking lot. We noticed only two cars in the lot and only two customers inside the large restaurant.

In the meantime, we await an announcement from Waterloo police in terms of whether or not criminal charges will be laid. It is also unknown if Justin will proceed with civil litigation. But in the here and now, given the apparent plunge in patronage, it would seem like the court of public opinion has already delivered its verdict. And it’s grim. 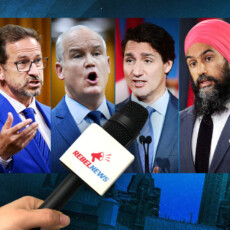 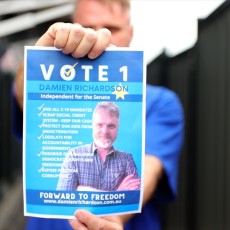 WATCH: Neighbours star WALKS AWAY from acting career to run for Senate