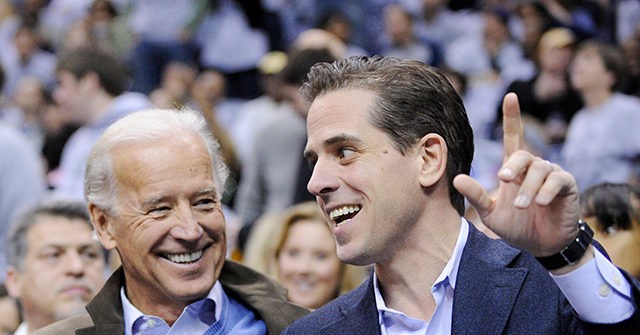 Walter Shaub, who served as director of the Office of Government Ethics under former President Barack Obama and former Donald Trump said Friday on CNN’s “Newsroom” that the Biden administration has created a “perfect mechanism for funneling bribes ” with how it handled the president’s son Hunter Biden’s artwork sales.

White House officials helped draft an agreement to sell the artwork where buyers were kept confidential from even Hunter.

In a video, White House press secretary Jen Psaki said, “I can tell you that after careful consideration, a system has been established that allows for Hunter Biden to work in his profession within reasonable safeguards.”

Shaub said, “They have outsourced government ethics to an art dealer. She mentioned industry standards. It’s an industry that’s notorious for money laundering.

He continued, “This is just preposterous and very disappointing.”

Shaub said, “They’ve absolutely made it worse for two reasons. One, what they’ve done is ensured that neither you nor I nor anyone watching this show will know who buys the art unless they share it publicly. But there’s nothing that we can do to monitor to make sure that Hunter Biden or anyone in the White House doesn’t find out that the dealer keeps his or her promise, that the buyers don’t call the White House, ask for a meeting and say, ‘Hey, I just bought the president’s son’s art for $500,000. Now, maybe we trust Joe Biden not to give preferential treatment because he’s a better human being than Donald Trump, but you don’t run an ethics program on the idea that you hope everybody behaves. If everybody in the world would behave, we don’t even need laws prohibiting murder then.”

He continued, “The thing is, it’s just got the absolute appearance that he’s profiting off of his father’s fame. He’s not selling under a pseudonym. He’s not waiting until his father is out of office. He’s not selling at any price comparable to what other first-time artists are selling. So, the White House should have first made its move to have the president try to talk him out of doing this, and if that failed, they should have gone the opposite direction and asked that the name of buyers be released and pledge to the American people that what they would do is let us know any time one of those buyers got a meeting with an administration official so that the public could judge whether or not they were getting preferential treatment. The problem is, now they’ve set a precedent for the next president. Even if you happen to trust Joe Biden, what if the next president has the character of a Donald Trump? This would be a perfect mechanism for funneling bribes to that president.”

He concluded, “He can sell art all he wants, but he ought to be abiding by a standard that he shouldn’t be doing things to capitalize on his father’s name. You just are never going to convince me that selling art as a first-time artist at this price. He’s not selling it based on his father’s name. People are going to buy this art to be able to say, I’ve got the president’s son’s art hanging in my den or whatever room rich people who can afford this art have. He’s just not doing what he needs to do to avoid that. I know he’s not a government official and isn’t covered by the government ethics laws, but he’s an American citizen, and he has a patriotic duty not to capitalize on his father’s public service, and that’s clearly what he’s doing here.”

Trump — I know one damn thing about Joe Biden…

Film Director at Oscars: ‘We Deserve Better’ Than a Country with Gun Violence