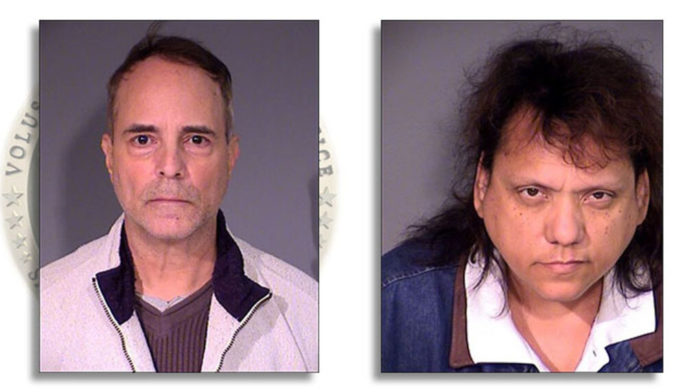 A Deltona, Florida couple has been arrested on charges of exploiting the elderly after stealing more than $180,000 from an 87-year-old man’s accounts, selling his home and abandoning him in Deltona while they moved across the country.

Javier Dross, 62, and Lydia Dross, 57, were arrested Friday in Arizona, where they moved and spent thousands of dollars of the victim’s money after leaving him with a friend he’d recently met in Deltona.

The Sheriff’s Office investigation started in September, after the state Department of Children and Families notified detectives of the possible exploitation. Detectives learned Javier Dross moved into his father’s Deltona home in 2019, then sold it in May 2020 after getting his father to sign over power of attorney.

The victim would later tell detectives he didn’t know what he was signing, but since Javier was his son, he trusted him. Detectives also learned that the Drosses drafted the power of attorney documents themselves, not through an attorney, and also created a do-not-resuscitate (DNR) order after the power of attorney paperwork was signed.

Immediately after the sale, Javier Dross transferred all the proceeds into Lydia Dross’ bank account, dropped off his father at his friend’s house and left for Arizona. Dross also deactivated his father’s debit card. He initially arranged to pay the friend to take care of his father, but he stopped sending payments at the end of May.

Detectives dug through subpoenaed financial records to establish that the Drosses took $186,400.80 from the victim, including expenses for airfare, hotels, rent, retail shopping, car insurance and meals out at restaurants, with none of the costs having any connection to the victim’s care or well-being.

A judge signed warrants for the Drosses arrest on Friday, and they were arrested the same day in Maricopa County, Ariz. The exploitation charge carries a bond of $50,000.